Our London Correspondent Nick Ayton looks at how Blockchain technologies will play a key role in making online gaming open, fair and trusted. 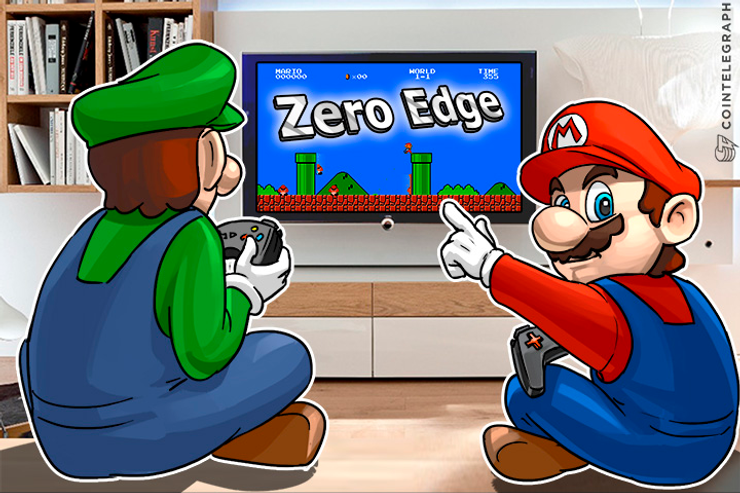 Our London Correspondent Nick Ayton looks at how Blockchain technologies such as the Ethereum network will play a key role in making online gambling open, fair and trusted.

There is an ingrained belief in the $45 bln online gaming community that the casinos and games themselves remain open to manipulation and the owners of the sites have the opportunity to cheat and distort the outcomes.

It appears the challenges for the relatively new online sector boils down to four things:

The sector is in a state of flux and these and other topics are wide open for debate as the online gaming (gambling) sector continues to suffer from a lack of trust that is now holding back the sector growth. Until confidence returns, the growth will be limited as gamers look for other options that deliver a fairer opportunity to win.

The industry is about to be completely changed by Blockchain technologies that will deliver a new level of transparency to online gaming.

Also, a new breed of technology entrepreneurs are in the wings. They will deliver new trusted platforms that boost confidence and take the brakes of the online gaming industry, trebling its market potential.

The future of online gaming looks to be taking two paths each delivering a disruptive impact and much higher levels of trust and transparency.

The first is a DAO (Decentralized Autonomous Organization) approach where the autonomous entity once set up cannot be tampered with. This is what DAOCasino is working on.

The second approach is to remove the house advantage and deliver complete transparency via a public Blockchain an approach preferred by EdgeLess.io.

In both instances Smart Contracts play a vital role in determining the independence of number generation and ensure the rules and governance are enforced, removing the temptation risk of tampering.

The primary concept in online gaming is called ‘House Edge.’ It can impose unfriendly house rules on the players; charge for account deposits and withdrawal fees and where two to three days delay are not uncommon.

Everyone knows the house will always be the ultimate winner. For a long time, concerns have been raised about how these platforms are coded and who has access to the software sitting on a server as the inefficiencies of the current systems are laid bare.

Can the RNG ever be trusted?

The big debate has always been Random Number Generation (RNG), a mechanism that creates an apparent arm-length outcome of any bet or gaming position held. There are several approaches to RNG and new ones are being written that solve the independence issue…

The online gaming industry, specifically casinos propagate a low trust environment because the house activities are kept behind closed doors.

Players also find it difficult to make deposits and withdrawals that can take a long time. It is both expensive and makes everyone increasingly nervous. There have been instances where the house has removed money from gamers’ accounts, simply freezes the players’ account locking them out or withdrawing all the money from the site.

“Imagine a situation where the House has Zero Edge and doesn’t stand to gain anything from distorting the outcome; a new kind of trust can be gained.”

According to Lukosaitis, his decentralized casino sits on the Ethereum network as a decentralized platform that is fully transparent and is just that: the first Zero Edge gaming platform.

When you explore the online gaming world you soon discover there are several online casinos that already sit on Ethereum and Bitcoin networks offering improved security and functionality but none yet offer ‘zero edge’ or are completely autonomous.

The main advantage of sitting games on the Blockchain is it removes much of the traditional time, friction cost and offers gamers a much better house edge, no more than one percent versus traditional online casinos where the edge can be anywhere between one percent to 15 percent edge.

The current crop of online casinos is built around the old economy, traditional centralized database tech that sit behind a gaming website, with all the inherent inefficiencies that go with it. Making them vulnerable to hacking and change and expensive to operate.

Each gaming site has no option but to charge high fees being bound to fiat currencies are forced to use the banking payments networks for deposits and withdrawals, and where banks are also often nervous of the activities of the Casino. But now with the arrival of Bitcoin, there is no need to involve banks, credit cards and other payment.

The arrival of cryptocurrencies has changed everything mostly eliminating fees, speeding up payments and delivering a better gaming experience, although it looks like Edgeless.io has ambitions to improve on this further by removing the house edge completely.

“We use the Ethereum public network to deliver an entirely transparent experience for gamers. The Random Number Generation is based on Smart Contracts that once deployed cannot be tampered with, stopped or changed; and we have added is a Fairness Check into to the mix.” Says Tomas Lukosaitis.

Edgeless.io partners help create a new business model with a zero house edge, fitting it into the Blockchain ecosystem.

WolframAlpha delivers the independent random number generation solution and Oraclize provides the links and integration to the platform, both as arm’s length services providers familiar with Blockchain technologies.

But why at all to use Ethereum and not develop a designated proprietary solution?

“The Ethereum public network delivers total transparency for gamers as they can see their transactions on the network, using for example, Etherscan and witnessing the random outcomes in semi-real time. Smart contract business logic makes it impossible for the platform to freeze accounts, drain the casinos profits and remove players’ money.”

It is clear the new Blockchain gaming platforms current focus is competing with the traditional online gaming sector and improvements are being made all the time. Will we see the online gaming industry adopting standards specifically for Random Number Generation?

Lukosaitis is confident a standard approach to RNG will come in the next five years: “Smart contracts offer great options here as they operate as autonomous agents and once deployed they ensure fair play is delivered.”

With the brakes off, the industry will surpass $100 bln as new games come to play newer and fairer games on open and transparent platforms. It is clear there is a strong correlation between growth and trust issue and with Ethereum behind the industry we can expect a period of growth.

There is a healthy dose of successful ICOs including vDice and there is more to come, with DAOCasino planned and Edgeless starting on Feb. 28.

Edgeless.io launched their slot machine game running live on Ethereum and they are adding new games Blackjack, Lunar Poker, Dice and Sports Betting in 2017 and hope to raise new funding with the ICO planned in April.