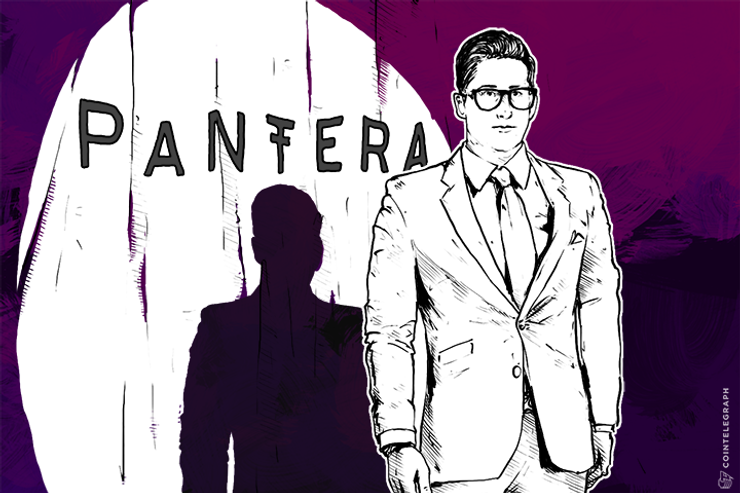 This direction-setting event is aimed at driving Bitcoin from speculation to mainstream. The conference will embrace the Bitcoin, tech and startup communities and enthusiasts from around the world, for a weekend of dynamic keynotes, panel discussions and exhibits from groundbreaking and industry-leading Bitcoin companies.

TNABC has partnered with Pantera Capital, who has backed many of the most successful companies in the Bitcoin space—including BitPagos, Chain, ChangeTip, Circle, Gliph, Korbit, LaunchKey, Ripple Labs and Xapo.

Dan Morehead, CEO of Pantera, will present his keynote before opening up the stage to the TNABC Pantera Startup Stage. This will be a unique opportunity for some of the most promising startups and teams of 2015 in the cryptocurrency space to pitch directly to the community, early adopters and investors. Participating startups include Airbitz, Augur, Bitreserve, Bitwage, Casheer, Coinsimple, Counterparty, MeXBT, Ribbit, Rivetz, Storj and Virtual Bank.

Moe: As an investment firm, there’s a lot of venture risk in Bitcoin and you’re putting lots of bets down. Now, this is a premature question to ask, but the bets you place on these companies, the people running these companies, and in any other industry, are often not the best people to run the company. They’re not often the highest caliber. They just came up with the idea, they’ll make a proof of concept, but don’t actually have what it takes to bring this company to the next level.

What is your strategy and how are you seeing this in Bitcoin? Because as somebody who is watching what is going on, I am continuously worried about these companies—great idea, pretty good execution, the founder is [a jerk].

“We actually would go through and cut out on our list of potential candidates, [and] readily remove venture-risk exposure by essentially picking out the best team in the space.”

Johnny: Earlier this year, Paul and I both agreed that social-media plays—and not necessarily at the time, micropayments—were going to be significant when it came to mainstreaming Bitcoin, and there were going to be companies that in that spectrum, that particular vertical, were going to be dominant over their competitors. But maybe they have a great idea, and don’t have the right team to execute. Maybe they don’t know how to scale it. Maybe they don’t know how to build a specific piece of it. Maybe it’s just a person with an idea. And what we found was, is as we rolled through the space over the course of several months, we actually would go through and cut out on our list of potential candidates, readily remove venture risk exposure by essentially picking out the best team in the space. That’s what we felt we did with ChangeTip, at least.

Paul: I think team is very important. When I first joined this space in April this year, I was seeing some innovative ideas, but they were just started by early adopters of Bitcoin, more tech crypto guys. There weren’t any business models behind any of these ideas. I took a little time before I started seeing some great teams emerge.

We also derisk ourselves because we don’t invest into companies pre-product. We invest in companies after these companies have a product, have a little traction, and at least on the product side, be able to execute, be able to market a little bit, whilst still having the ability to run companies and build teams.

Pantera are global investors, versus other people that may invest small amounts of money into companies without meeting them. We’re looking to invest substantially into seed and the Series A, and usually throw more money into that. And that means that before we invest in these companies, we will fly over, meet not only these companies, but also get to know their competitors and everybody else in the Bitcoin ecosystem.

“We’re global in terms of understanding Bitcoin outside of America and trying to find the best teams.”

I have travelled to Brazil, San Paulo, met with all the Bitcoin companies. I travelled to Manila, South Korea, and of course the partners have traveled all around, to Europe and everywhere. We’re global in terms of understanding Bitcoin outside of America and trying to find the best teams.

And what we have started to see, especially the second part of this year is super experienced people coming in and building out particular use cases in the scene. Not a 24-year-old, who probably made some money from the first or second price rise, trying to start a company that has a cool idea. We’re talking about heavily experienced teams with good cohesion, worked together before, with past experience, things that are encouraging to see when you are looking to someone to build out and scale a business.

Moe: I don’t think you completely derisk yourselves from some of the early risk of founders building new companies. I think there is no way around that at the beginning.

“We’ve got super experienced people coming in and building out particular use cases in the scene.”

Paul: Especially at this time, it’s going to be risky to get into Bitcoin, because everything is still the wild west. It’s still early, but if we are more right than not, the companies that we have in are going to be very successful in the space.

Dan Morehouse, Pantera’s CEO, will be giving a keynote, and Steve Waterhouse, Partner, will be joining Roger Ver, Trace Mayer and Jez San, on the VC Panel moderated by Matt Roszak.

Author: Cécile Baird has been involved in Bitcoin related projects since 2013, helping to drive Bitcoin mainstream, via Pitch At the (Buckingham) Palace, the Europas Awards and Bitcoin Fight Club at the O2. She is a co-organiser of Coinscrum, the world’s largest Bitcoin meetup, has worked at Firestartr, the European investment firm and works with Moe Levin on The North American Bitcoin Conference Miami.