Is Bitcoin outgrowing its core user base?

Charles Sizemore, owner and manager of client accounts at Sizemore Capital Management, writes on Forbes.com that the Senate’s accepting of Bitcoin’s legitimacy undercuts half of the currency’s appeal in the eyes of some in the community. 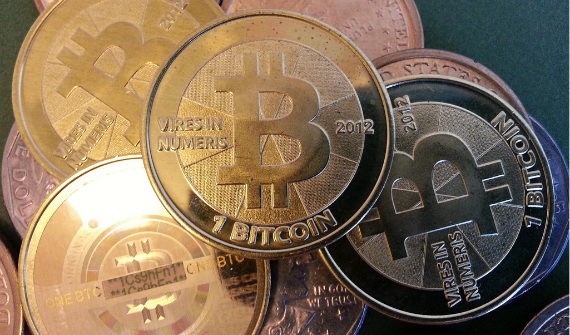 Charles Sizemore, owner and manager of client accounts at Sizemore Capital Management, writes on Forbes.com that the Senate’s accepting of Bitcoin’s legitimacy undercuts half of the currency’s appeal in the eyes of some in the community.

This is in reference to a Senate Hearing committee on November 18 in which the Justice Department and the SEC acknowledged that Bitcoin is in fact a legitimate form of currency.

Among the hardcore libertarians who first adopted Bitcoin, this sounds like the first steps of a currency’s co-option, Sizemore suggests.

But he insists on not getting too far ahead of our selves. Bitcoin hasn’t come of age, nor has it become a permanent feature in the mainstream.

In fact, he suggests no one put any money in Bitcoin that cannot afford to lose, because precedent exists that the currency can lose a majority share of its value in one fell swoop. Furthermore, Sizemore says the arguments in favor of Bitcoin are “flawed.”

First, he suggests that if investors were actually worried about currency devaluation, they would be buying gold and raising its price, which is not happening. This refers to Bitcoin’s being unregulated by any centralized institutions, a key features for many users.

Gold and other precious metals have been diving since October 2012. Gold, silver and platinum have all seen price drops of 30%, 40% and 20%, respectively.

Sizemore says a safer investment is something that allows the owner to collect interest or rent, such as real estate. Then, in a nod to doomsday speculators (many of whom are in the gold market), if governments were to collapse and society were to quickly crumble, he has a nice line: “The only currency that would have any value would be shotgun shells.”

But the point he is making is that Bitcoin’s rise has nothing to do with currency debasement or investors looking to safeguard their money outside traditional monetary systems. Fair enough.

Sizemore’s second argument, though, suggests a fundamental misunderstanding on his part. He argues that Bitcoin supports are putting “faith in an algorithm,” as if numbers require belief to make them work. Then he trots out a couple of recent examples of Bitcoin theft because, you know, people stealing money makes the money itself unreliable.

Sizemore’s suggestion is to treat Bitcoin as a speculation bubble and only gamble with money you can lose. Sound advice for short-term investors and the get-rich-quick folks. But his column misses the larger point of Bitcoin as a platform, as others have done in this space on Forbes.com.

Which gets back to the point of the Senate hearings and early Bitcoin adopters. With outside interests viewing the currency as either a law enforcement problem or a speculation bubble, the hardcore set of users who want nothing to do with government compliance and mainstream use are validated somewhat.

All of these criticisms read like the complaints of a huge group of people who crashed a loft party uninvited then decided that the party kind of sucked.