Japan is Set for Massive Explosion in Bitcoin Acceptance

Implementation of a new law in Japan means that Bitcoin is coming to a cash register near you. 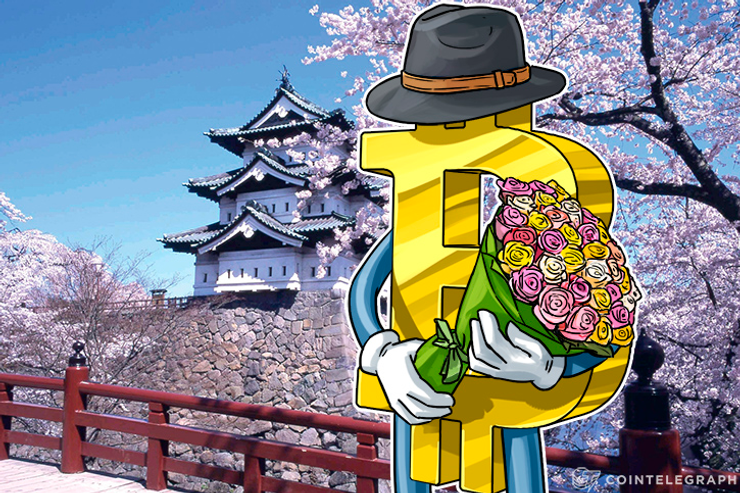 Japan is set to for a massive explosion in Bitcoin acceptance. This is after a new law that authorizes the use of digital currency like Bitcoin came into force on April 1, 2017, the text of which was released by Japan’s Financial Services Agency on March 24, 2017. The way is now clear for Japanese merchants to start accepting Bitcoin at stores to make purchases.

Coincheck, a Bitcoin wallet and exchange provider based in Tokyo, Japan has teamed up with VeriTrans Co. Ltd and EconText in providing Bitcoin payment gateway services to Recruit Lifestyle Co. Ltd, a company owned by Recruit Holdings, the renowned Japanese Human Resources firm.

Coincheck revealed in a Press Release announcing the partnership that Bitcoin transaction volume in Japan has risen significantly from 2016 and in January 2017, the volume has surpassed ¥ 541.1 billion. This is 20 times higher compared to the same period last year.

Large retailers are gearing up for Bitcoin

According to the Nikkei Asian Review, It is expected that two large retailer groups will start accepting Bitcoin as early as April 7, 2017. With Bic Camera, a large electronics retailer starting a trial run at their Yurakucho district store and Bitcoin can also be used at the Shinjuku Bicqlo Bic Camera, the hybrid store shared between the electronics retailer Bic Camera and the Clothing giant Uniqlo.

Recruit Lifestyle’s partnership with Coincheck will enable retailers who have the AirREGI application to accept Bitcoin. AirREGI allows customers to pay just by simply scanning a barcode. As for retailers, all they need is an iPhone or iPad with an Internet connection to enable them to process payments.

Tourists in Japan will benefit enormously

Japan’s fledgling retail sales figures are a concern for the government and tourist money is of increasing importance to the pacific nation.

In recent years, Japanese merchants have started attracting Chinese tourists by accepting China UnionPay. AirREGI too had partnered with Alipay and Coincheck reports that as a result in Spring 2017, sales have increased noticeably and the gross merchandise volume was the recorded as the ‘largest ever.’

It is expected that Bitcoin, which is used by many foreign visitors will also lead to a further boost in tourist spending in Japan. AirREGI’s Bitcoin payment option will be introduced in the Summer of 2017 and it will be possible to use Bitcoin at more than 260,000 stores.

Bitcoin adoption will only increase - Japan and worldwide

Japan’s embrace of digital currency is a welcome and positive step. Bitcoin acceptance at stores can potentially widen from this point forward.

We asked Kagayaki (Kaga) Kawabata, Business Development Lead at Coincheck.comabout what he thought about the growth in merchant acceptance of Bitcoin in Japan:

“Yes. Partnership with Recruit group, a very well-known public company in Japan, will accelerate merchants Bitcoin adoption for sure. Since the inception of the service, Coincheck provided Bitcoin payment gateway to merchants. We were the first in the Japanese market to provide an instant Bitcoin payment gateway that converts Bitcoin to YEN automatically. By providing simple and intuitive UI/UX, we penetrated the market having 99 percent of the market share currently. By partnering with Recruit Lifestyles that holds skilled sales professionals they will help us uplift the number of merchants accepting Bitcoin payments.”