Karpeles: “I Can Help Bitcoin Startups”

"My experience would be valuable to Bitcoin startups" - M.Karpeles 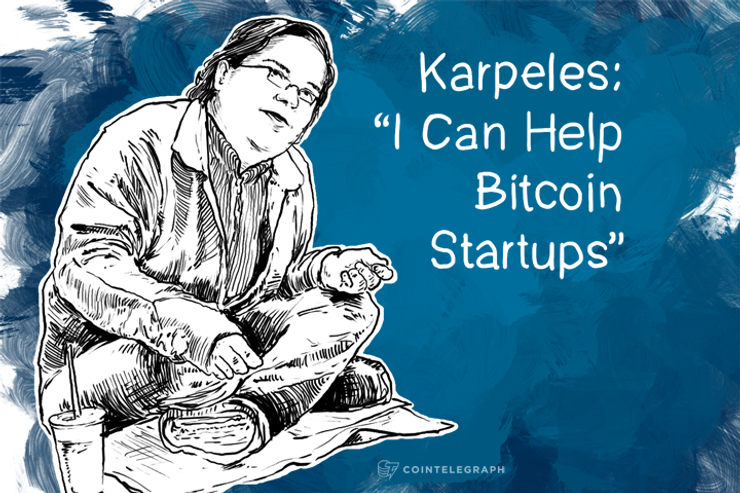 Hindsight is biting for Mark Karpeles, and even following successful petition for bankruptcy protection in the US and diminished responsibility, his grueling days are far from over.

This was the picture painted during an interview with the Wall Street Journal, where a doleful Karpeles lamented Mt. Gox’s demise and the customers it affected, blaming his own shortcomings for the episodes.

“As the company head, my mission was to protect customers and employees,” he told journalists. “I'm deeply sorry. I'm frustrated with myself.”

Karpeles also told the Journal that since the debacle he had “rediscovered” a further 200,000 bitcoins, seemingly of his own accord, “but doesn’t believe any more will be found.”

Following the collapse, Karpeles has been given a notoriously rough time both from the media and the cryptocurrency community, with reactions varying from accusations of ineptitude to outright malicious intent.

You got a friend in me

But it’s not all doom and gloom, however. While attempting to keep Mt. Gox parent company Tibanne afloat by selling domain names (which include bitcoins.com but seemingly not the Mt. Gox address itself), Karpeles has ventured a somewhat unlikely desire to give back to the community he feels he has personally done harm.

Though some could find it hard to believe, Karpeles’ gift would take the form of his personal guidance to Bitcoin startups.

“My experience would be valuable to them, especially if they are thinking of starting up a Bitcoin business,” he said. “I can tell them what they should do and shouldn't.”

“My experience would be valuable to them, especially if they are thinking of starting up a Bitcoin business. I can tell them what they should do and shouldn't.”

Skeptics may well at this stage dryly observe that the success of his advice could all be a matter of timing, but the idea should not be discarded automatically. Indeed, who else in cryptocurrency has such a deeply-embedded understanding of just how much can go wrong, the risks it is possible to take and their consequences?

More than this, however, it is clear that the boss who had the carpet pulled from under him is now uniquely level-headed on Bitcoin. Combined with his experience, this could well make him a valuable asset to those seeking to profit from the hype without becoming its victims. “Bitcoin itself must become much better,” Karpeles comments on the topic.

As financial power will most likely be eternally devolved away from him, words of wisdom may well be what serve Karpeles best in the months going forward. For better or worse, the idea of his quitting Bitcoin completely seems remote.