Live Music Industry to Get its Own Cryptocurrency

Viberate, an online database of musicians, is trying to pair musicians with event organizers as well as create a payment platform. The focus is on the live music industry. 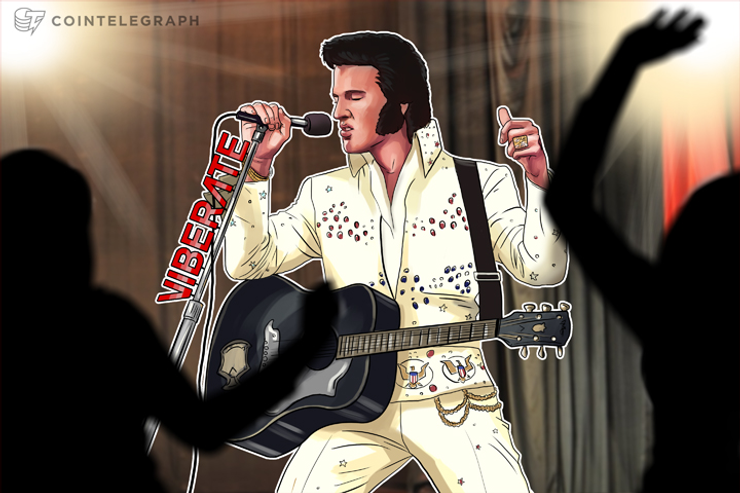 Shakespeare said, “If music be the food of love, play on” but can musicians survive on food of love alone?

Viberate, an online database of musicians, is trying to pair musicians with event organizers as well as create a payment platform. The focus is on the live music industry. It is an existing service which rewards users with Vibe points. They are planning to transform these points into a digital currency - Vibe tokens that can be used on the Viberate platform but also be associated with smart contracts for music related activities.

We asked Vasja Veber, COO and Co-founder of Viberate about why they chose the ICO route even after they had successfully raised funding.

“Angel investors backed the development of the initial service at Viberate.com, which currently acts as some kind of IMDb for live music. Upgrading this into a full-scale marketplace, featuring profiles of all stakeholders in the music industry, requires much more cash.”

He adds, “Besides musicians, we will soon add profiles for music venues, event organizers, booking agencies and even millions of events. We first need to implement all the planned features and then advertise it globally to kickstart the marketplace, and such marketing campaigns are extremely expensive, but in the end, this is the only way to ensure substantial marketplace liquidity.”

Can Blockchain and cryptocurrencies add value to music?

The Viberate ICO is interesting in the sense that while many have attempted to build services around recorded music and are doing a good job, the live music segment has been ignored till now. Viberate aims to change that.

“What we are interested in is giving musicians an opportunity to charge for their gigs in cryptocurrencies. We want to do for music what Airbnb did for tourism.”

We asked Veber how Blockchain and crypto add value to his existing product and how is the Viberate ICO different from others.

“Lately we have been receiving a lot of questions regarding our cap, which is set at $12 mln. People think it's too low, but we disagree. With all due respect to other ICOs, we think that valuations and caps should be set realistically. There are too many ideas raising crazy sums of money that can be compared to C rounds in venture investments, and we believe this isn't good for the industry. That's why we started preparing for our ICO after the launch of our current service because we want people to contribute towards the development of something that already exists and has users.”

He goes on to explain that using a cryptocurrency kills multiple birds with a single arrow. They can offer escrow services to musicians, create a universal payment system for the music world that can be used across jurisdictions in diverse geographies and even make bookings for gigs. The Ethereum based smart contracts were described as “an ideal way” by Vasja.

The focus is on live music for a reason

Live music might seem like an odd choice at first glance, but it makes a lot of sense for Viberate.

“Live music is actually the primary revenue source of musicians nowadays. Actually, we could say that professional musicians make the majority of their income with performance fees and just a fraction with royalties and other revenues that originate from recorded music. We are not at all interested into the recorded music segment. There's not enough opportunity in it and there is a lot of competition in the Blockchain scene already tackling problems in that segment.”

Viberate will help musicians by offering their platform, where musicians are ranked according to their social media popularity and grouped by genres and countries. By using this platform, performers will be able to get into the spotlight but they would also be able to get bookings and monetize their talent.

Is the music industry ready for a de facto cryptocurrency?

Cryptocurrencies have certainly become popular over last two or three years but even in the broader world the acceptance of Bitcoin and others still remains low.

Can a cryptocurrency rise to the challenge and attain supremacy in the music world? Are musicians ready to use digital currencies?

Veber is optimistic but also a realist as he answers:

“We don't expect the big guys to jump on the band wagon right away. But they were never our target group anyway and we don't expect Justin Bieber or Coldplay to be ready to accept Bitcoins or Vibes in exchange for their services. Our main target group has always been the underdogs. Local musicians, low profile garage bands who need a place to offer their performances to promoters and clubs. And those are usually younger people, millennials, who are quite fond of cryptocurrencies. They are our true ambassadors and there's a lot of them. We estimate that around 80 percent of all musicians in the world are unsigned, meaning they don't have an agent to represent them. Now we want to be their agent and we'll offer them all the tools they need to become successful performers and make a living by doing what they love.”

While Viberate will offer a quick exchange service to musicians who want to cash in their digital “chips” for fiat, they also plan to incentivize the use of Vibe as a currency of choice in the music industry.

As Veber says about making Vibe mainstream, “We can make it a go-to currency (so you better hold after you buy Vibes in September). And then, when the first massive stadium superstar will do a PR stunt and charge their fee in Vibes, then we will change the world.”

Related News
Bitcoin Dominance Growing — What It Could Mean for Altcoins
New Platform Lets Users Trade Crypto and Gold in Personal IRA
Crypto Winter to Spring: Key Factors That Brought Bitcoin Back to Life
Maduro Announces Crypto Casino in Support of Petro and Public
Is Bitcoin a Safe Haven for Your Money?
OKEx at Davos: Blockchain Best Placed to Meet the Needs of the Unbanked
Editor’s Choice