Usual website activities of a major Bitcoin miner Hashocean are nowhere to be found, fuelling suggestions that the cloudminer is a scam. 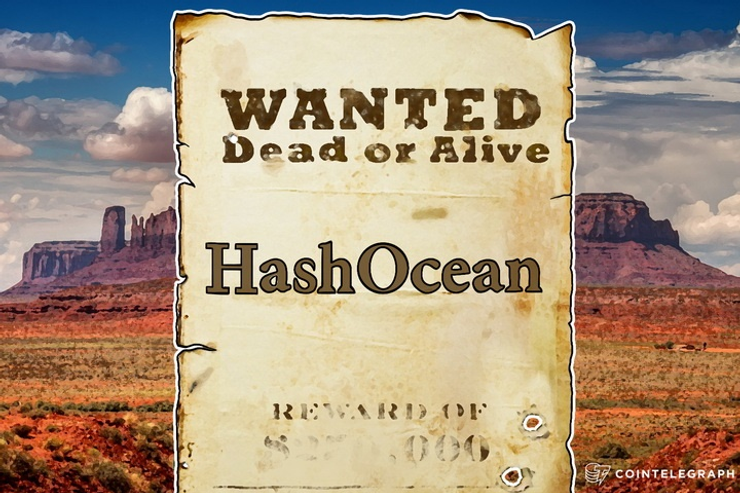 Usual website activities of a major Bitcoin miner Hashocean are nowhere to be found, fuelling suggestions that the cloudminer is a scam.

Hashocean to another Ocean’s Trilogy

According to ‘Is It Down Right Now’ which monitors the status of favorite web sites and checks whether they are down or not using the test tool below, as well as graphs and users’ comments, Hashocean has been down for more than five days.

A visit to the Hashocean website shows the ‘403 Forbidden cloudflare-nginx’ message. “Hashocean.com is PARKED,” "Is It Down Right Now" says. “The website is either expired or listed for sale...” As at the time of this publication, it says the Hashocean site has been down for about 5 days 19 hours. Its youtube and Facebook pages have also been removed.

Now, based on the assumption that the miner has disappeared with the money invested by its subscribers - reportedly about 700,000 of them, several comments have trailed Hashocean’s sudden disappearance.

“I calculated how much money they ran away with. They pay around 1900 Bitcoins every single day during the last couple of days and they received about 2200 a day, except from yesterday which is probably why they shut down. Looking at the different dates and making a rough estimation it's pretty easy to find out they earned on average about 140 Bitcoins a day during roughly 20 months which would be a cool 50M$. (it's probably around 35M$ and 65M$). They will probably sell a small number of the Bitcoins every day which will obviously make the price per Bitcoin decrease significantly during the next days, months or even years. Kind of a pessimistic opinion but a realistic one.”

“Yeah I lost 1.75 Bitcoin myself. Saw it coming with the Halving coming up. I even knew it was a Ponzi scheme (a fool and his money are easily parted, is the lesson I learned from this one.”

Another posted a link to the report on the site’s domain registration details which cite Richard Maisano as its owner and seeking to get the issue reported to the relevant authorities.

However, despite the gloomy view to it, some are still hopeful.

Johann Steynberg in his comment on www.isitdownrightnow.com, writes in response to another comment which suggested through a link that the miner will be back soon:

“Thank you. Let's wait and see what happens when the new payment run is due. Only then will we be able to know for sure.”