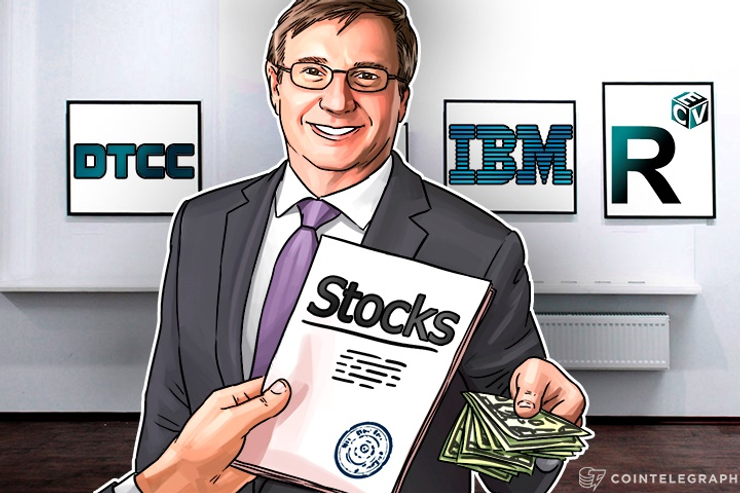 The Depository Trust & Clearing Corporation (DTCC) has announced its plans to utilize Blockchain technology to facilitate credit default swaps in collaboration with IBM, Axoni and R3CEV.

Axoni and the R3 consortium are competitors within the Blockchain industry and are both backed by multi-bln dollar banks and financial institutions. Axoni, in particular, garnered the interests of Goldman Sachs and JPMorgan in December of 2016, raising $18 mln from other organizations such as Wells Fargo and ICAP.

The two startups will lead the development of the DTCC’s credit default swaps processing platform in conjunction with IBM, which will help provide a platform for Axoni and R3CEV to work with.

Michael Bodson, president and CEO of DTCC, revealed that several experiments have been conducted to test the efficiency of Blockchain technology in processing massive volumes of default swaps. Bodson emphasized that a Blockchain-based platform can significantly decrease the costs of the DTCC when handling complex operations.

DTCC carries out Blockchain tests prior to pursuing development

Thomson Reuters, one of the members of the R3 Consortium, disclosed in a recent publication that the DTCC worked with banks and major financial institutions to run tests using existing Blockchain platforms.

Optimistic results of the tests convinced Bodson as well as the development team behind DTCC in regards to the potential and capabilities of Blockchain technology.

"The test showed that distributed ledger technology could handle all the various types of events processing needs for credit default swaps and it showed that it could be done at a lower cost point than what can be done with our existing infrastructure.”

When implemented, the Blockchain-based credit default swaps processing platform will process up to $11 trillion worth of swaps on a yearly basis. If R3CEV and Axoni successfully complete the development and deployment of the platform, it will be officially the largest commercial Blockchain platform to date.

Important project for Axoni, opportunity to prove its worth

Some analysts at WSJ raised important points on Digital Asset, a company founded by JP Morgan executive Blythe Masters, stating that Masters and her company were the first to exploit the potential of Blockchain technology within the credit default swap trading market.

WSJ further revealed that Axoni beat out Digital Asset in a competitive ecosystem to win the contract from DTCC and to collaborate with R3CEV.

Although the industry is keen on the development of the platform and the success of the DTCC in the commercialization of Blockchain, this joint project also marks the first major venture by Axoni. It will be interesting to observe how Axoni deals with the DTCC’s massive volumes and how it uses the Blockchain to cut the costs dealt by the DTCC.