On November 4, Mark Wetjen wrote an oped in the Wall Street Journal asking regulators to steer clear of harming Bitcoin. Wetjen is a commissioner on the Commodity Futures Trading Commission (CFTC) and a Democrat. 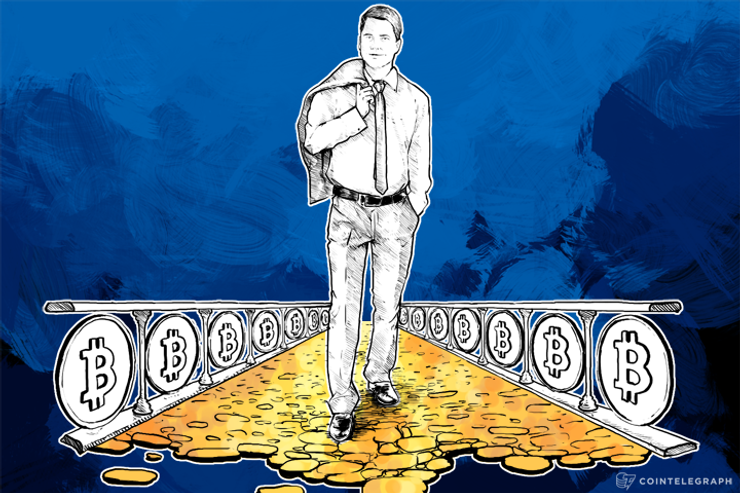 On November 4, Mark Wetjen wrote an oped in the Wall Street Journal asking regulators to steer clear of harming Bitcoin. Wetjen is a commissioner on the Commodity Futures Trading Commission (CFTC) and a Democrat.

As reportedin The Hill, he said the goal should be to "lay the groundwork for future innovation" and to "build confidence in consumers currently leery of embracing the new technology." Events such as Mt. Gox, Silk Road, and today's seizure of Silk Road 2, along with the shutdown of other dark markets, “shake the public’s confidence in Bitcoin.”

Other regulators have spoken about their own lack of confidence and have advocated a complete ban of Bitcoin. Earlier this year, CT reported that Senator Joe Manchin (D-W.Va.) wrote a letter addressed to Wetjen and other financial regulators, determined to wipe the currency from use in the United States because, he said, it poses “a massive threat” and is “disruptive” to the U.S. economy.

Charles Schumer (D-NY), who called for the shutdown of the original Silk Road two years before it happened, sent out a press release just last week asking for a greater targeting of illegal sales on the dark web. Is it a coincidence that today, he got exactly that?

In other words, prevention in the form of Bitcoin-supportive regulation might provide better support to the overall U.S. economy, rather than reaction, like we’ve seen more of today.

Related News
What to Expect From the Telegram Open Network: A Developer’s Perspective
Startup Brings Crypto Payment Option to Over 730 Locations Worldwide
2019 to 2020: Insiders, Outsiders and Experimenters in Crypto Regulation, Part 1
‘Cryptocurrency Will Not Die’: Mainstream Media on Bitcoin in 2019
Bitcoin and ETH Are Commodities, While XRP’s Status Is Unclear, CFTC Says
South Korea Considers Imposing a 20% Income Tax on Cryptocurrencies
<div is="sidebar" :sidebar-data="{"promoButtonsI18n":{"crypto-button":{"url":"crypto.btn.sidebar.url","label":"Get Crypto At True Cost\n","text":"Cryptoassets are complex instruments and investments carry a high risk of losing value. You should educate yourself in how crypto-markets work before making any investments. Always invest responsibly and be prepared for the risks associated with investing in or using cryptoassets. This promotion cannot be considered investment advi