Netflix chief financial officer David Wells expresses his optimism towards Bitcoin, and how it is shaping to become the global currency of most major industries. 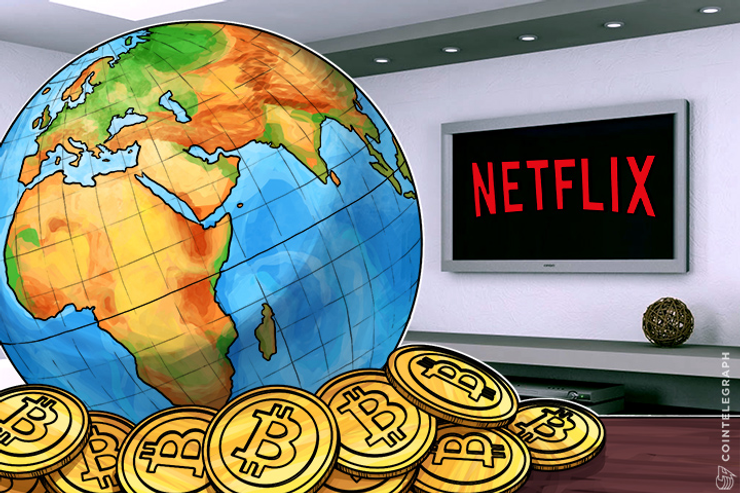 At the Citi Internet, Media & Telecommunications conference, Netflix chief financial officer David Wells expressed his optimism towards Bitcoin, and how it is shaping to become the global currency of most major industries.

According to Market Realist, a prominent investment research establishment which covered the event, Wells stated:

“It sure would be nice to have Bitcoin in terms of a global currency that you could use globally.”

As MR researcher Shirley Pelts explained in a 5-part series entitled “Tools in Netflix's Wheelhouse to Meet International Challenges,” Netflix is actively looking into Bitcoin payments due to increasing cases of fraud and criminal activity revolving around gift and prepaid card payments.

In contrast to many streaming and digital content distribution networks, Netflix has provided both its users and content creators with a wide range of payment options, outside the traditional field of banking and credit card payments.

For instance, users from underbanked countries such as Argentina and India or users under the age of 18 that illegible for bank and credit card applications can purchase a variety of gift cards from physical locations such as gasoline stations and convenience stores to pay for Netflix services.

In its research, the two firms stated that gift card sales surpassed the $129 bln margin in 2015, emphasizing its rapid growth compared to other conventional payment tools including credit and debit card services.

However, like many other financial tools, a rapid increase in growth also relates to an increasing number of fraud cases, due to the emergence of hackers and criminals trying to bypass the system.

Security veteran and cryptography expert, Tony Martin-Vegue wrote in a study that bypassing gift card security and essentially double spending its balance is not a difficult operation and can be completed with fairly shallow knowledge of security.

“This type of fraud is fairly low-level and does not result in a huge loss to the merchant, but is quite a shock to the customer when the recipient of a gift card tries to redeem it and finds that the balance is zero,” stated Martin-Vegue.

As a response, the Netflix financial team and CFO David Wells are looking into Bitcoin, which can be considered as a more practical and cost-efficient alternative to gift cards.

Related News
Binance KYC Breach — Did It Happen, and If So, Who’s to Blame?
Startup Brings Crypto Payment Option to Over 730 Locations Worldwide
Bitcoin Is Becoming More Valuable to Iranians Amid Tensions With US
The Blockchain Approach to Customer Relationship Management
Mind the Gap: Identifying and Trading 4 Different Bitcoin Chart Gaps
It’s Never Been Harder to Mine Bitcoin as Hash Rate Hits New Highs
<div is="sidebar" :sidebar-data="{"promoButtonsI18n":{"crypto-button":{"url":"crypto.btn.sidebar.url","label":"Get Crypto At True Cost\n","text":"Cryptoassets are complex instruments and investments carry a high risk of losing value. You should educate yourself in how crypto-markets work before making any investments. Always invest responsibly and be prepared for the risks associated with investing in or using cryptoassets. This promotion cannot be considered investment advice."},"etoro-button":{"url":"https:\/\/ad.doubleclick.net\/ddm\/clk\/437480595;240556498;x","label":"Try Etoro","text":"Trade on the world’s leading social trading platform (Highly volatile investment product. Your capital is at risk)"},"hitbtc-button":{"url":"https:\/\/hitbtc.com\/?ref_id=5cba0be404aa3","label":"BEST LIQUIDITY ON HITBTC","text":"Note that all trading strategies are to be used at your own risk. Before trading, we recommend to make sure that you have a clear understanding of cryptocurrencies and how they are traded."},"changelly-button":{"url":"https:\/\/changel