StrongCoin, also known as the leading online wallet system, offers the bitcoin system users a new exchange service. The distributed exchange will make the selling and buying of the digital currency easier and user-friendly. 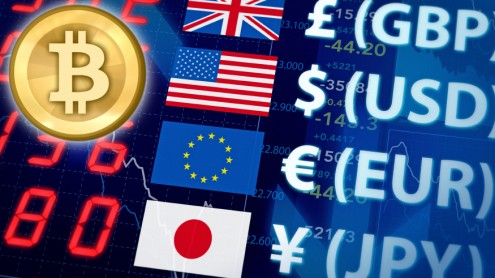 StrongCoin, also known as the leading online wallet system, offers the bitcoin system users a new exchange service. The distributed exchange will make the selling and buying of the digital currency easier and user-friendly.

The author and founder of the StrongCoin and a similar OTC exchange system Bitcoinary says that the new idea has many important and noticeable differences from the ones already known and used. It is not as traditional as the closed MtGox or BitStamp. Normally the activity of exchange is done automatically with almost no control over the process, the new one connects the trader and the buyer and they arrange deal themselves.

The new service will be used by users, who plan to purchase bitcoins with a real physical currency. Previous similar agents offered lists of bitcoin owners ready to trade them for a reasonable price. The necessity to go through these numerous advertisements now is reduced – the engine of the service matched pairs automatically, based on several principles.

Any one ready to offer bitcoins to customers registers, places some of them in the account and waits while the system pairs him with a potential client. The clients are paid after a fair principle – with the one who offer the lowest price first. It cannot be put lower the official currency course, but can be anyhow higher.

The main feature that becomes the safety advantage of the portal StrongCoin is that they do not need to establish an account for the transactions. The seller and the buyer need to give real data on their own bank accounts. The page only gives guidance on the processes and does the matching work. The main profit for the user – high velocity of trade, easy for beginners.

The main question is the legislative acts regulating such transactions and deals. Who is the person in charge of the process and actions? Is the StrongCoin only a mediator or it has to take the overall responsibility? The experts of finance, trade and jurisprudence point to the users, that they should remember that the trader is going to gain some win, profit from the deal. It is already a type of business everyone should pay taxes for, and even register as a company.

There are many other different, but very important acts and documents considering the case. The StrongCoin owners have to accord to the rules of the BSA – Bank Security Act. There are even more requirements – both international and US – regulating these activities. To ensure their fulfillment is under question by experts and many users. Experts warn both sides. The setup of such a homepage should be organized taking in account all the rules to be official and allowed. The sellers of the bitcoins after any kind of definition with no exceptions are not just traders, but exchangers. So be aware – to use or not, no sell or not, it is the choice up to every user of the bitcoin system.