Next Year’s Marketing Tendencies and Is Bitcoin Aboard

The last two weeks of 2013 are a great opportunity to draw a line between past and present, draw some conclusions and set up goals for the next period of work, life and development. Definitely, the evaluation of the results and analysis of the mistakes might bright on a higher level every initiative 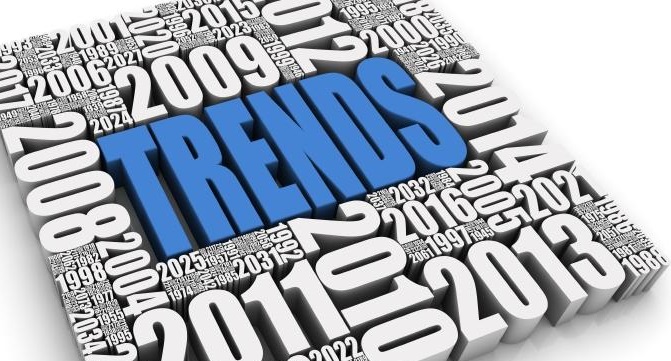 15 days away is the New Year - 2014. The last two weeks of 2013 are a great opportunity to draw a line between past and present, draw some conclusions and set up goals for the next period of work, life and development. Definitely, the evaluation of the results and analysis of the mistakes might bright on a higher level every initiative started. A review of the past twelve months was completed by Tina Courtney-Brown, a, like she describes herself on her homepage, web and games producer, award winning writer, Zen management guru or simply a specialist with an extraordinary level of experience and knowledge.

Mrs. Courtney-Brown offers to observe the trends of the finishing year as possible actions that reasonably can be continued next year, sometimes due to proven success, sometimes just because they have recently started, but are promising. Cryptocurrencies and, of course, bitcoin are among the tendencies to give additional attention.

The first pervasive practice is reducing the complications, making everything easier. This method is very attractive for the both sides of every deal. There is nothing around that might confuse both sides. Simplicity became a key feature of understanding last year. Even famous brands have gone the road to minimize the options provided to the customers, as many of them stayed unused and not understood. The simplicity reduced the nervousness of choice. Less people during the past five years described themselves as addicted to their mobile phones, the society was able to return to value the basic qualities of the product, instruments and materials – no multiple senses are needed.

As the second important matter to watch in 2014, was named the bitcoin and other, maybe less successful, but not least interesting, cryptocurrencies. The biggest buzz was produced the rising price of the coin. From humble 100 dollars and less the value has been up to 1000 dollars and overpowered the price for gold. Taking in account the fact that some authorities warn its citizens from crimes and problems, considering the usage of the network, on the counterpart, countries like Sweden and Canada establish their own bitcoin ATMs. The amount of investments and the prices for several successful startups is the best proof to get involved in the virtual currency environment.

The final two points are also about online marketing and economy. The people of the world will continue to use the Internet more than before and use different instruments for this purpose. The development of smartphones and mobile solutions will not cease in future. More selling and buying will be performed online as well, the new way of attracting customer also has become an interesting trend to consider in 2014. Merchant platforms and online shops are monitoring users who entered the page, but did not register, made no purchase or did not complete some other started action. The company forms special offers to such potential customers analyzing their previous behavior. The system seems to work as it is easier to recruit a new customer from the group already acquainted in the service that has already felt the necessity to order something.

For sure, the list produced and published by Tina Courtney-Brown can be added, but it is sure that none of the lists created by expert this year might omit bitcoin and its fast progress.