Not Just Nerds: Blockchain Solutions Are Already For Everyone

In this year Blockchain is widely expected to “go mainstream,” it is not just banks and giant corporations which are making it happen. 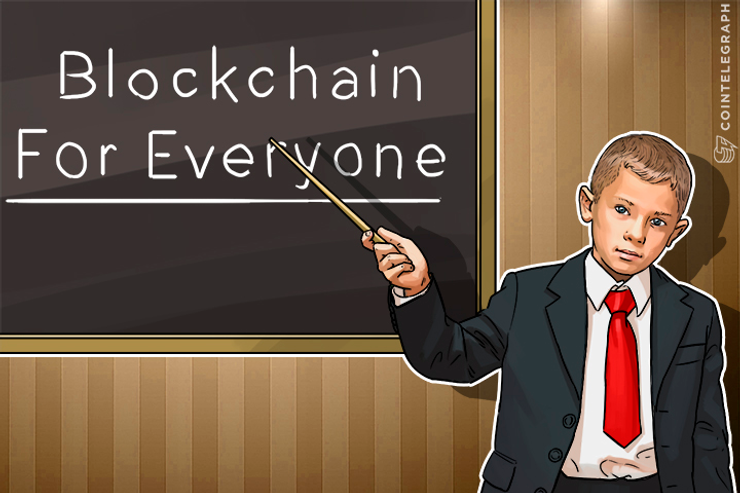 The term “Blockchain startup” for many immediately conjures up images of money transfer, niche markets and complicated tech. In 2017, however, this stereotype is set to change.

In this year Blockchain is widely expected to go mainstream, it is not just banks and giant corporations which are making it happen. Smaller outfits, catering to a wide user base with innovative products based on Blockchain technology are appearing everywhere.

“I think very interesting use cases can be applied on Bitcoin Blockchain and work great,” Yonatan Ben Shimon, creator and CEO of Matchpool, told Cointelegraph. “A great example is using sidechains for creating a smart contract platform like what Rootstock is working on - the advantages of Ethereum with the security of the Bitcoin Blockchain.”

Rootstock is attempting to leverage enthusiasm of both the Bitcoin network and those attracted to Ethereum wanting to use it to build applications. A cryptocommunity-centric product that nonetheless demonstrates a broader more intuitive appeal of the space’s startups in recent times.

With his own offering, Shimon is attempting to appeal to an altogether less techy audience. Like Rootstock, Matchpool is a home platform for applications - in this case, matchmaking applications.

Using Blockchain, anyone can start a dating service and tailor the environment to be maximally appealing in ways which were previously more difficult.

“Our innovation is mainly social and not necessary technological - we are using the Ethereum Blockchain for the trust sensitive areas and it functions perfectly for those purposes,” he continued. “Our real innovation is to take the social phenomenon of human bonds and trust and to enable it to scale through technology and internal rewards system.”

“My dream is that after our platform gets a mainstream appeal, a lot more real ‘matches’ will be created and people will help people like them to expand their ‘strong’ social network and live happier lives,” Shimon concluded.

Love and death - all on the Blockchain

Matchpool is only in its early stages, with a limited launch to be marked with a physical meet up in Paris on Valentine’s Day. A full rollout is scheduled later in the year after feedback from the limited release is gathered.

Elsewhere in the sector, the audience may be more select but the technology itself retains its attractiveness.

Particularly interesting is Blockchain’s immutability being put to use in scenarios where such immutability has huge implications.

For example, firearms may soon be shaken up by Glockchain, a Blockchain-backed method of knowing whenever a police officer uses his or her weapon. This is a strikingly different use case from Cody Wilson’s 3D printable gun, Wilson also being a co-creator of Dark Wallet.

With all this innovation, however, come hurdles. The considerable data required to be shifted around on the Blockchain by major projects has led to speculation whether its underlying technology can keep up with demand.

Research published this month by academics at the University of Cagliari, Italy, for example, suggests that “non-monetary use” of Blockchain could potentially impact negatively on the Bitcoin network.

However, Shimon is remaining prudent on the issue. “Scalability is a major issue in the space - this is currently the biggest debate in the Bitcoin community and in the Ether community as well,” he said. “A great advancement is coming in both of them - SegWit in Bitcoin and sharding in Ethereum. In the next couple of years, however, I think the Ethereum network will be good enough to scale - in the short to medium term.”