ObamaCoin: Change we can believe in

President Barack Obama might not enjoy the same approval ratings as doge, but at least his namesake cryptocurrency has some authentic satirical value. 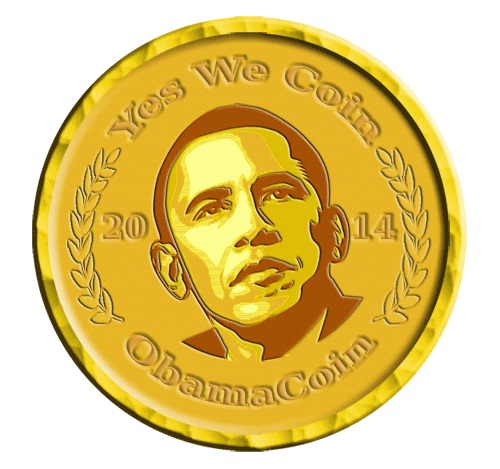 President Barack Obama might not enjoy the same approval ratings as doge, but at least his namesake cryptocurrency has some authentic satirical value.

In mid-December, President Obama’s digital mint introduced the ObamaCoin on the Bitcointalk forum, offering it as a true alternative altcoin for the 99%.

The ethos is expressed right there on the money: “Yes We Coin.” It’s the change we were promised six years ago. “ObamaCoin fuses the potential of virtual currencies with the efficiency of government,” the announcement read. “It’s a coin for the common man, not Bitcoin Fat Cats.”

Details about the currency are sparse thus far, but here’s what we know for sure:

For any would-be ObamaCoin miners, there are 2048 OBC available per block, and mining difficulty increases with every 20 blocks.

Coinion, however, notes that there has been some skepticism from the altcoin and the Tea Party communities regarding ObamaCoin. Much of the resistance hinges upon the mysterious history of the coin’s creator, President Obama, who is thought to be Kenyan or a Nigerian prince or something.