A campaign has been launched to make Jersey a world leader in digital currencies. 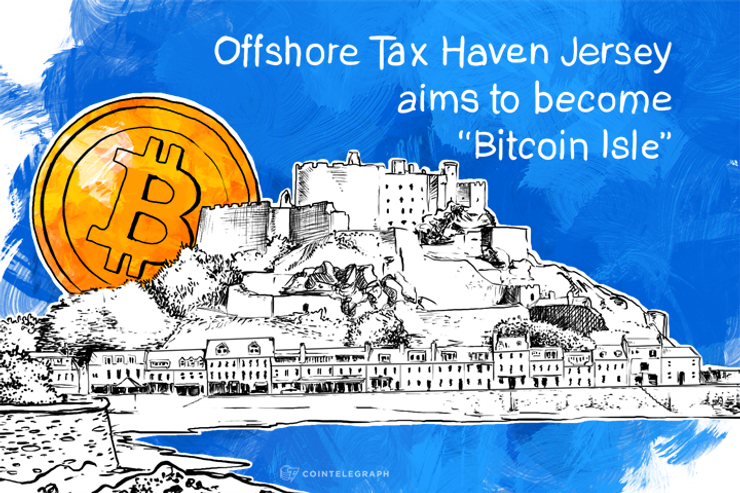 A campaign has been launched to make Jersey a world leader in digital currencies.

There are a number of extremely small countries around the world who have built thriving industries around banking and finance. The Cayman Islands are an example and so is the Isle of Man as well as the Virgin Islands.

But the tiny self-governing island of Jersey, located in the English Channel, is also one of the top global offshore financial centers, which has recently developed a pro-cryptocurrency stance. And recent news out of the island seems to indicate that some people are looking to make the island into a haven for Bitcoin.

“Bitcoin Isle” is what the plan has been dubbed by Bobby Andrews, currently with bit.coin.je, one of the groups leading a campaign whose goal is to make Jersey the world's cryptocurrency hub. The plan might not be as crazy as it first seems. Philip Ozouf, Jersey's Treasury Minister said that Jersey should be an early leader in this field and while there might have been early issues with digital currencies, these issues are easy to rectify with proper regulation.

"[This] is a sector that could hold significant opportunities for Jersey.

"Our infrastructure of world-class financial services and digital expertise gives us the tools to be an early leader in the field. Innovation will be central to Jersey's future prosperity.

"We are keen to support local businesses by helping to create a well-regulated and responsive environment for investment in the sector."

The concerns of Ozouf are very real, however. In December of 2013, the FBI busted the Silk Road online marketplace, which was accepting Bitcoins for illegal drugs and Mt Gox, one of the world's largest exchanges closed its doors after it lost hundreds of millions of dollars in Bitcoins and China, one of the largest potential markets in the world, ruled that cryptocurrencies were not currency and ordered its banks not to do business with exchanges. His concerns were also echoed by Fiona Le Poidevin, Chief Executive of Guernsey Finance, when she said that the Bitcoin paradigm was “still in its infancy” and that both challenges and opportunities are to be expected.

Andrews and others on the island believe that Bitcoin can give a huge boost to the local economy and bring in a great deal of foreign money. Andrews said that Bitcoin will change the transfer of assets in the same way that the internet changed the way that information is sent and received. Bitcoin is the only truly global payment network.

There are already a number of businesses, such as the Tiffin tearoom on St Helier's waterfront, that already accept Bitcoin. Giles Day, owner of the tearoom said that the largest benefit is that there are no discount fees. Discount fees are the charges paid by the merchant to a bank when they accept a credit card, which can be as high as 4.5% (with American Express). There is also the problem with charge backs and delays in payments and transfers. With Bitcoin everything is instant and best of all it costs only pennies to transfer any amount.

Andrews also understands that the rest of the world is basically waiting for the United States to get the ball rolling. The dream in Jersey is to have the island's economy accommodate the interest of Bitcoin users, with everyone scanning QR-codes with their smart phones to pay for goods, services and public transportation. This will happen if the banking system begins to warm towards Bitcoin, which will largely depend on word out of the United States and the UK, particularly FINcen and the FSA, respectively.