Seven member banks of the R3 consortium, an association of the world’s leading banks and financial institutions for Blockchain research, have come to a consensus to settle a US$324 million U.S lawsuit. 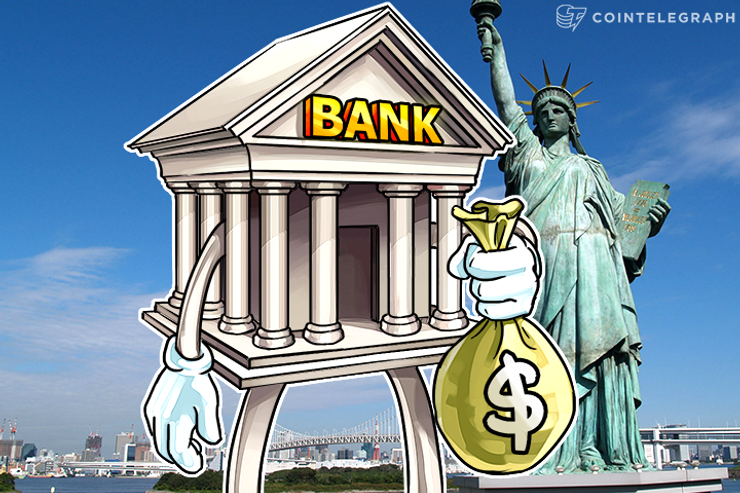 Seven member banks of the R3 consortium, an association of the world’s leading banks and financial institutions for Blockchain research, have come to a consensus to settle a US$324 million U.S lawsuit.

It has been filed for manipulating an interest rate benchmark in the $553 trillion derivatives market.

"It appears that this sort of rate manipulation can be both economically sensible and feasible given that many banks have admitted in approximately the same period of time, they conspired to fix similar benchmark rates - namely, Libor and the leading benchmark interest rate for the foreign exchange market in order to maximize profits."

A few of the first reporters to cover the legal complaint filed against the seven banks stated that 14 banks in total have been accused for manipulating the “ISDAfix” benchmark.

“Several pension funds and municipalities accused 14 banks, including those that settled, of conspiring to rig the "ISDAfix" benchmark for their own gain from at least 2009 to 2012… Spokespeople for BNP Paribas, HSBC, Morgan Stanley and UBS declined to comment. The other non-settling defendants did not immediately respond to requests for comment.”

Developed by the International Swaps and Derivatives Association in cooperation with Reuters in 1998, the primary purpose of the benchmark is to determine the exercise price to facilitate swaptions with cash settlement. Thus, the ISDAfix benchmark is significant for close-out payments.

The banks allegedly executed a series of rapid trades immediately before daily rates were set which according to Reuters caused delayed trades for the British brokerage ICAP Plc.

Settlement of the lawsuit

The final settlement of the lawsuit were handled accordingly by JPMorgan, Bank of America, Credit Suisse, Deutsche Bank, RBS, Citigroup and Barclays. JPMorgan is expected to hand in US$52 million dollars, and the other remaining banks plan to pay at least US$30 million each.

“The settling companies have agreed to provide "cooperation, transaction data, documents, proffers, and witness interviews," to be used against the seven banks that haven’t settled, according to court papers filed by the investors seeking approval of the settlement.”

The illicit trading activities executed by the R3 consortium’s 7 banks serve as other evidence as to why permissioned blockchains developed and controlled by multi-billion dollar corrupt financial institutions is not only unsafe, but dangerous to customers using it to settle so-called “irrefutable activities and transactions.”

Permissioned blockchains, as the name suggests, are centralized networks which can be controlled and regulated by network administrators. Thus, financial institutions and banks can easily cancel and modify transactions and other activities with the same method they used to carry out illicit derivative swapping.

The danger of using a regulated database

A blockchain network which is not decentralized does not differ from a conventional database, especially in the sense that it is regulated by a single entity. Whether R3’s permissioned financial blockchain networks will have any sort of real-world applications is still difficult to speculate.

However, it is important to consider the danger of using a regulated database, even if financial institutions attempt to make it seem innovative by rebranding it to the name “permissioned blockchains.”