Ray Kurzweil, the head of Google’s engineering lab and renowned futurist, believes Bitcoin is too unstable to become the global digital currency. 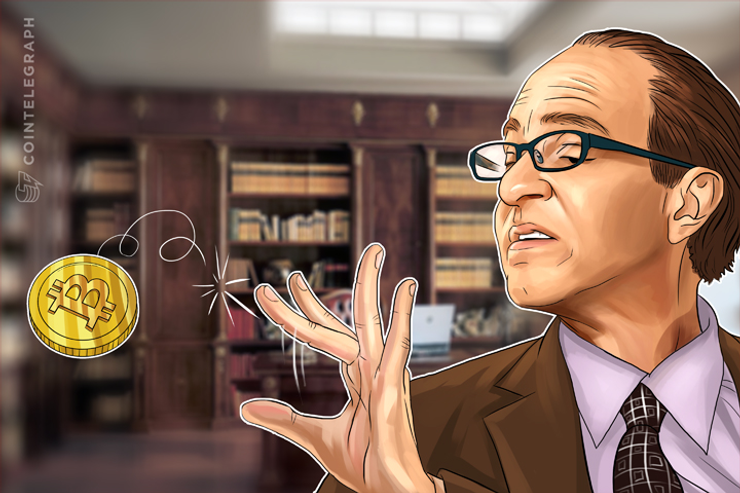 Ray Kurzweil, the head of Google’s engineering lab and a renowned futurist, believes Bitcoin is too unstable to become the global digital currency.

Comparing Bitcoin to the US dollar and other reserve currencies, Kurzweil stated:

“Currencies like the dollar have provided reasonable stability. Bitcoin has not. And it’s not clear to me that the whole mining paradigm can provide that type of stability… We’ve seen tremendous instability with Bitcoin, so I wouldn’t put my money into it. I certainly do think there could be alternatives to national currencies emerging in the future. Algorithmic ones are a possibility, I just don’t think we’ve arrived at the right algorithm yet.”

However, Kurzweil’s reasoning behind the characterization of Bitcoin as an unstable financial protocol and digital currency is weak because he did not state how the mining paradigm of Bitcoin has provided instability to its network.

When Kurzweil compared Bitcoin to the US dollar in terms of stability, it is unclear whether Kurzweil intended to discuss the volatility rate of Bitcoin or its mining ecosystem because if it is the latter, Bitcoin has been tremendously stable and secure since its launch in 2009.

Any digital currency at its early stage will experience extreme volatility and fluctuation. Until Bitcoin reaches its later stages in development and its fixed supply of 21 mln, Bitcoin will continue to experience exponential growth in terms of user base, market cap and value. An increase in price is also considered volatile and in that sense, Bitcoin will continue to be volatile as long as it continues to grow.

Regarding instability in the mining paradigm of Bitcoin, Kurzweil could have intended to talk about Bitcoin scaling issues because, in terms of security, Bitcoin’s mining paradigm has been stable and successful so far.

If Kurzweil characterized Bitcoin as an unstable digital currency due to Blockchain congestion and its underlying scaling issues, it is important for anyone to consider why it is so difficult and complex to come to a consensus and agreement within the Bitcoin community. The difficulty in making changes or alterations to the Bitcoin network demonstrates that the Bitcoin network is that much more secure and decentralized.

Bitcoin is still at its early stage in development. After all, it is only an eight-year-old technology. As a technology, Bitcoin will continue to evolve. Bitcoin is a settlement network and digital gold at the moment for the vast majority of investors. However, as Bitcoin continues to scale, it will transform into an ideal and efficient digital currency.

Related News
Bitpoint Hack Shows That Regulators’ Scrutiny Does Not Equal Safety
Startup Brings Crypto Payment Option to Over 730 Locations Worldwide
Experts Share: What Will Bitcoin’s Price Look Like in 2020?
Experienced Traders Prefer to Trade on Desktop Computers, New Study Reveals
Experts Share: Which Altcoins Should Be Watched Closely in 2020
From Meatspace to Cyberspace: Top Execs Moving From Traditional to Crypto Jobs in 2019
<div is="sidebar" :sidebar-data="{"promoButtonsI18n":{"crypto-button":{"url":"crypto.btn.sidebar.url","label":"Get Crypto At True Cost\n","text":"Cryptoassets are complex instruments and investments carry a high risk of losing value. You should educate yourself in how crypto-