Bitcoin's limited growth can stop governments from raging wars across the world. 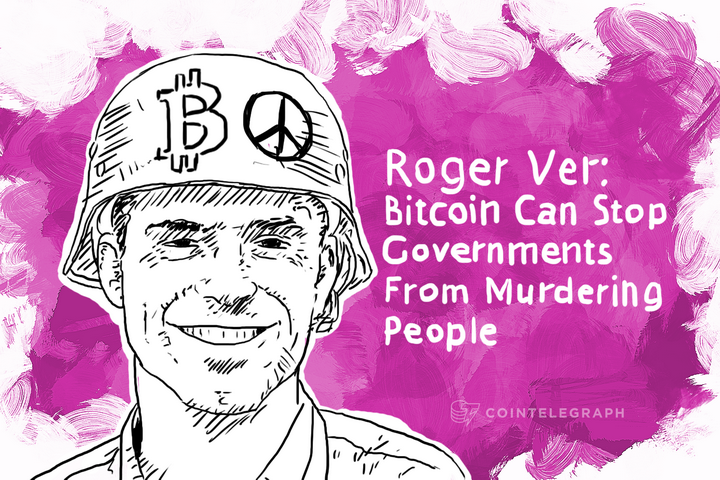 Ver gave a speech at Coin Congress in Singapore back in May entitled “Why Bitcoin is Important for the World.” It was a sort of quick introduction into the world of Bitcoin, until Ver used the last few minutes in his speech to “rant about what has [him] most excited about how Bitcoin is going to change the world for the better.”

Ver, who runs what was one of the first mainstream sites to take bitcoin payments, MemoryDealers, said that fiat currency was to blame for Governments' (like his own United States) penchant for raging wars overseas.

Ver said that “Not only do they control [fiat], they can print as much of it as they want at any time. . . I see the United States Government printing money like crazy and then they use that money to buy all sorts of tanks and bombs and airplanes and murder people all over the world. . . all that is being paid for by printing money.”

“With Bitcoin,” Ver continued “because there is a limited supply, that sort of thing can't happen.” Ver hopes that Bitcoin's inability to be printed at will, will prevent governments from using printed money to fund warfare.

Ver sees a world that uses Bitcoin as one that is “much safer” for every individual on the planet.

Bitcoin's possible effect on world peace is something we won't know until if and when it obtains true widespread adoption. But it is true that Bitcoin can't be printed out of thin air due to a limited supply. If a government used it as legal tender then they would have to find a different way to fund any war.