The First International & All-Russian Conference will be held in St. Petersburg on August 9, 2014. 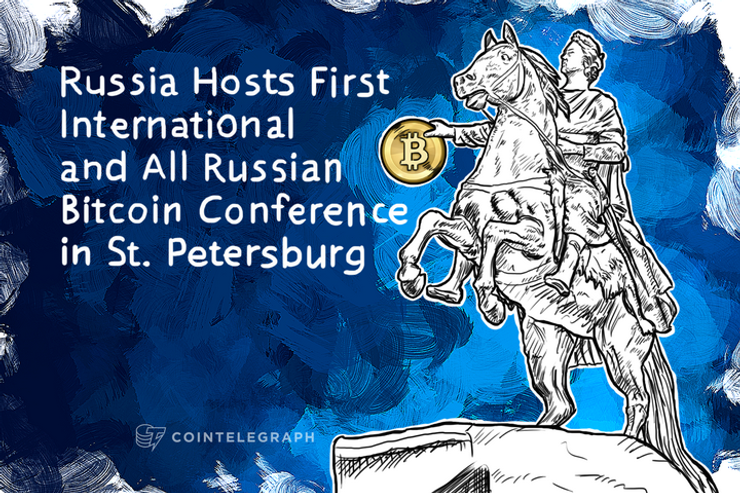 The beginning of 2014 looked anything but bright for Bitcoin and cryptocoins in general. The Chinese had just issued a ban on cryptocurrencies with its banks and Mt. Gox losses were beginning to add up. But on 27 January, 2014 the news seemed bleak indeed. The Bank of Russia released a statement that Bitcoin was considered a money substitute and that exchanging money substitutes for official currency would be considered suspicious. But since that time the Kremlin seems to have relaxed its stance somewhat and now the First International & All-Russian Conference will be held in St. Petersburg on August 9, 2014.

Cointelegraph is also proud to announce that it is not only an official media sponsor of the event but that its Chief Editor, Allen Scott, will also be a guest speaker disscussing the role of the media in the crypto space.

The Bank has since softened its stand on cryptocurrencies when it releases a statement on March 3, 2014 saying that an outright banned was not in the plans and that the Bank merely wanted to protect against money laundering while regulations and a legal framework  were being formulated.

The Cryptocurrencies Foundation Russia (CCFR), working closely with the Bitcoin Foundation and Ethereum seems to be taking advantage of what appears to be an olive branch and inviting government officials, representatives of the banking community along with Chief Editors of leading professional media, cryptocurrency developers and Bitcoin officials, exchanges and their officers, and finally representatives from the Bitcoin business community from online stores to brick and mortar merchants that are a now accepting Bitcoin.

The Conference is titled - Bitcoin and Cryptocurrencies: Prospects for Development in Russia, and some of the topics covered will include:

The event is scheduled to begin at 10am until 7pm (MSK) with a number of roundtables for both developers and enthusiasts, a special session for media and online shop owners, and finally a general meeting of CCFR that is open to all.

For more information, go to the official website here.