CoinWallet ran a “stress pre-test” on the Bitcoin network in preparation for the real “stress test” next week, the MtGox story might be adapted as a movie, and more news 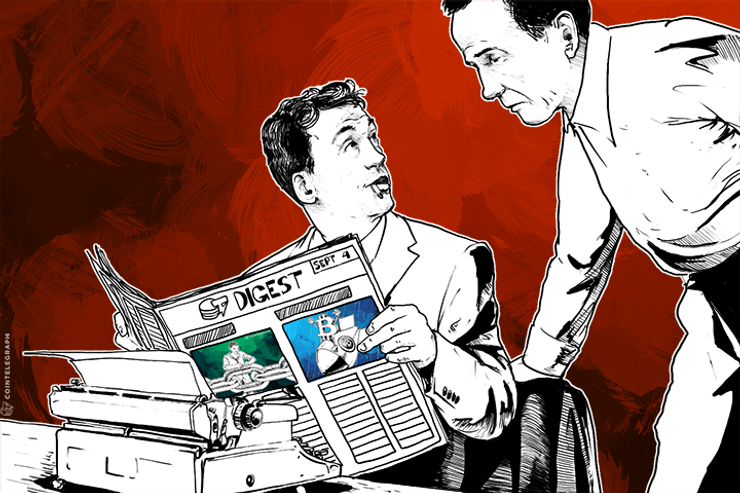 CoinWallet ran a “stress pre-test” on the Bitcoin network in preparation for the real “stress test” next week, the MtGox story might be adapted as a movie, and more top stories for September 4.

The Bitcoin network took a hit yesterday as CoinWallet ran a “stress pre-test” for about thirty minutes resulting in a “2-day delay and a 50 MB backlog” according to CoinWallet CCO James Wilson. Wilson said that the company will be running a major “stress test” on the Bitcoin network next week, on Thursday September 10 starting at 10 AM GMT.

“The pre-test lasted only about 30 minutes and created a 2-day backlog. As you can imagine, September 10th will indeed be stressful.”

David Kushner's recent Rolling Stone piece on Mark Karpelès and MtGox is being shopped around by Creative Artists Agency, one of Hollywood's biggest talent agencies known for representing a wide array of A-listers. As such, the story of the rise and fall of bitcoin exchange MtGox and its CEO Mark Karpelès could soon find its way to the silver screen.

Gov’t in U.S. First to Record Survey on Bitcoin's Blockchain

Tierion has for the first time recorded American government survey information on the Bitcoin blockchain. State of Connecticut officials sought out Tierion to survey the state’s top 200 technology companies to learn how they can help them retain premium local talent while growing their workforce.

Tierion said in an official statement:

“Generating a blockchain receipt for each survey response makes it possible for anyone to verify the data without relying on a trusted third party. Auditing each result can be done by verifying the receipt.”

Cryptographic payments platform for gamers and game developers GameCredits is set to integrate digital currencies including its own altcoin called GMC in three video games, one of which was released this week. The company believes that the in