There are a number of people associated with Bitcoin who have been caught on the wrong side of the law. CECG (Crypto Economics Consulting Group) has started a project to provide them with books when they are in prison 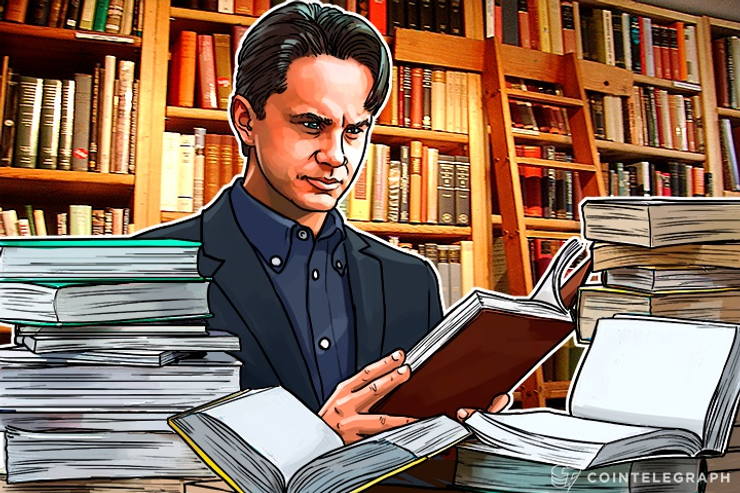 There are a number of people associated with Bitcoin who have been caught on the wrong side of the law. CECG (Crypto Economics Consulting Group) has started a project to provide them with books when they are in prison.

The Crypto Economics Consulting Group is a group of crypto-economists and Bitcoin enthusiasts who are dedicated to developing and supporting the rise of a Bitcoin-based global economy. The CECG team includes Mike Gogulski (a stateless political activist and freelance translator) and Arto Bendiken (cofounder of Dydra).

The book club is a long-term initiative of CECG to supply printed literature to prisoners who have been jailed for cryptocurrency-related crimes. CECG is open to suggestions regarding the literature to be provided to these prisoners. Of course, prison regulations have some restrictions on what can be provided (hardcover books, anti-government literature and books depicting escape from prison are all prohibited).

So, who are some of theses prisoners who have been incarcerated for Bitcoin-related crimes? Let us have a look at a few of them.

John Powell – John Powell of Illinois was sentenced to 4 years in prison in December 2014 for operating an unlicensed money service business. According to prosecutors, Powell's business helped conduct illegal transactions anonymously, by exchanging cash for Bitcoins. Upon completion of the sentence, Powell will serve three years of supervised release.

Robert Faiella – Robert Faiella, a licensed plumber, was found guilty in January 2015 of operating an unlicensed money transfer business. According to prosecutors, Faiella sold Bitcoins for cash to users of Silk Road, trading over $1Mn in a 2-year period. Robert Faiella was sentenced to 4 years in prison.

Charlie Shrem – Charlie Shrem was the CEO of the Bitcoin exchange Bitinstant and was a co-accused of Robert Faiella. Shrem, the former Vice Chairman of the Bitcoin Foundation, was convicted of aiding and abetting an unlicensed money transfer business. He was accused of conspiring to sell Bitcoins to Silk Road users, while being aware that the Bitcoins would be used to buy illegal drugs. Shrem was sentenced to 2 years in prison.

CECG has supplied various books including The Way of Men (by Jack Donovan), Convict Conditioning (by Paul Wade) and Solitary Fitness (by Charles Bronson) to those incarcerated. It believes that this is a long-term initiative and will continue to support these political prisoners.

Related News
The Strange Case of CCN and the Google June 2019 Core Update
Startup Brings Crypto Payment Option to Over 730 Locations Worldwide
US Citizen Indicted for Narcotics Distribution in Exchange for Bitcoin
Ousted Co-Founder of Crypto Mining Firm Bitmain Opposes Layoffs
Former Mt Gox CEO Mark Karpeles Seeks to Put Longstanding Lawsuit to Rest
The Race to Lead 3 Class-Action Suits Against Bitfinex Over 2017 BTC Bull Run Is On
<div is="sidebar" :sidebar-data="{"promoButtonsI18n":{"crypto-button":{"url":"crypto.btn.sidebar.url","label":"Get Crypto At True Cost\n","text":"Cryptoassets are complex instruments and investments carry a high risk of losing value. You should educate yourself in how crypto-markets work before making any investments. Always invest responsibly and be prepared for the risks associated with investing in or using cryptoassets. This promotion cannot be considered investment advice."},"etoro-button":{"url":"https:\/\/ad.doubleclick.net\/ddm\/clk\/437480595;240556498;x","label":"Try Etoro","text":"Trade on the world’s leading social trading platform (Highly volatile investment product. Your capital is at ri