The State of Smart Contracts: Mistakes, Benefits and the Tao Project

The market is undergoing rapid change and growth. How can the Tao project make it more stable and sustainable? 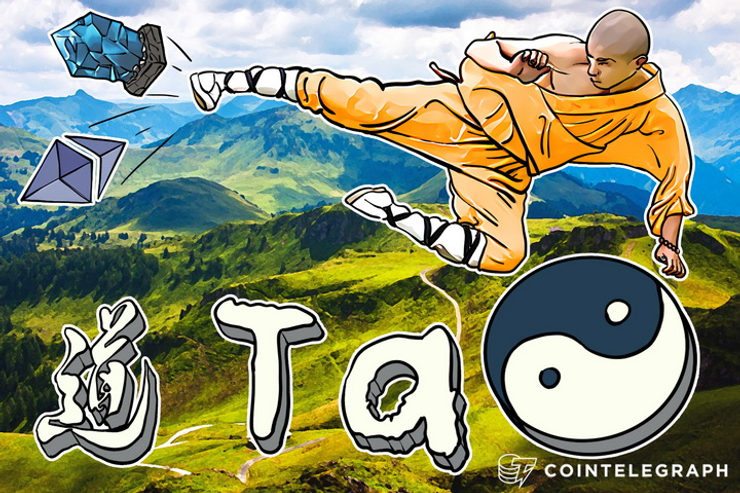 Tao, a new smart contracts platform, has risen to challenge Ethereum, Lisk, Ardor, and other similar  projects. On a market which is undergoing rapid change and growth, recently disturbed by The DAO attack, Tao makes a bet on stable, sustained growth and long-term value.

The state of smart contracts market

The market of Blockchain-powered smart contracts is a nascent one, only becoming a thing a little over a year ago with the release of Ethereum, the first such platform to achieve wide recognition. The promise of decentralizing any imaginable application by running it on a Blockchain has let Ethereum reach unprecedented heights, making it second only to Bitcoin, as far as cryptocurrencies go.

Recognizing the opportunity, many competitors have also appeared on the scene, such as Lisk or Ardor, each having their own comparative advantages and downsides. The common idea behind each platform is a powerful one - eliminating middlemen from all sorts of human-built systems, and at the same time increasing their efficiency and robustness. However, that idea remains unfulfilled as of yet. The platforms themselves are not worth nearly as much as the projects which can be potentially built on them, and we have yet to see one successful example of such.

There are some initiatives being built on Ethereum with very intriguing ideas behind them, such as Slock.it or Augur, but they are all in early to late stages of development. Ethereum itself was violently shaken by the recent DAO debacle and the following hardfork, which the community’s opinions are still split over.

Taoism, an ancient philosophical tradition originating from China, teaches that good and bad are inseparable: they compliment each other, allowing the universe to flow in order. According to their whitepaper, the creators of the Tao platform seemingly took that idea to heart: they put emphasis on smooth long-term growth.

Tao developers have been paying close attention to the mistakes of the existing platforms, which allows them to avoid the same fate for their project. One protective measure they have in place is a proprietary technology called IntelliTx (Intelligent transactions). IntelliTx is expected to make Tao immune to the “recursive contract call”, a type of attack The DAO has succumbed to.

Another crucial feature is AlphaSend, which will protect the user’s transactions from state-of-the-art Blockchain forensic analysis methods, which could otherwise prevent them from sending transactions in a private manner.

From a purely technical standpoint, the developers promise that their Blockchain will allow for instant transactions and adaptive block sizes. The lack of these two things has become a source of non-stop debate in the Bitcoin community for the past couple of years.

How is Tao different from other platforms?

Tao platform stands out among its peers by being the one specifically tailored to the needs of the music industry.

Bryce Weiner, one of the top developers behind the project, says:

“The unique facet of Tao is that we have engaged the assistance of stakeholders in the music economy in order to design a system which will work for the music industry. We achieved this by listening to music economy stakeholders. The smart contract system itself grew from those conversations. Most platforms are generic, intended to be similar to a programming language or an operating system but in a generic manner. Following that analogy, Tao is an operating system for digital entertainment content.”

Currently, Tao’s crowdsale is still underway, and will remain so until August 28. There are 30,000,000 tokens available for purchase, and the project has managed to raise $43,185.46 at the time of writing.

“We are already developing the systems required to deliver entertainment content securely and efficiently to consumers. Our project is gaining tremendous traction in the music industry and I wouldn’t be surprised if a well-known artist were to come out and support the network sooner rather than later.”

If you are interested in seeing Tao succeed - go to its homepage to learn more.