Another week has been left behind, another Friday is on, and we are representing you new weekly review of the most popular news of the week on Cointelegraph. 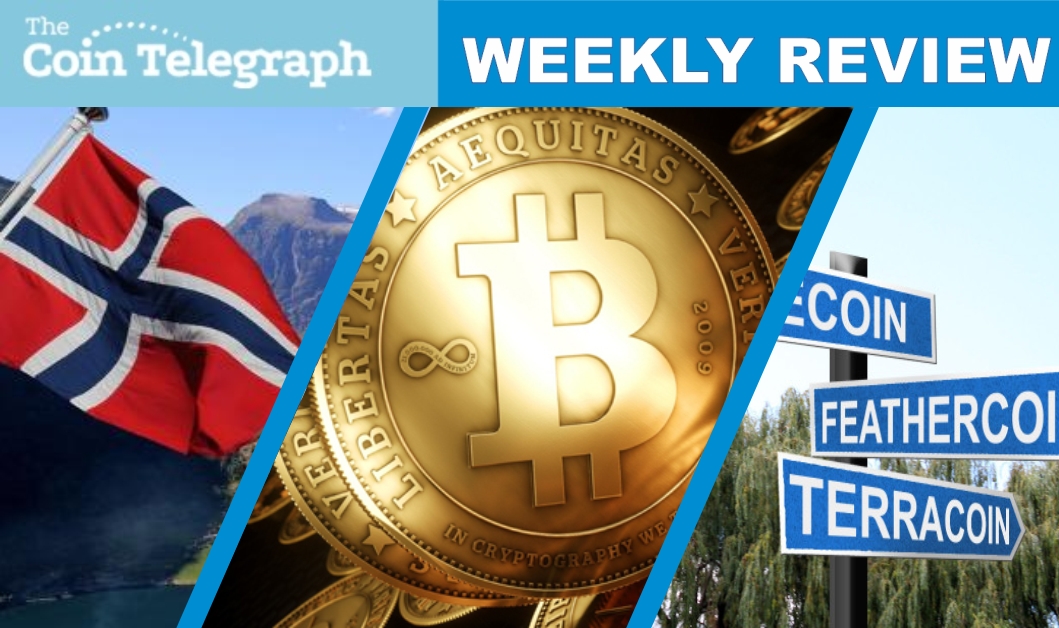 Another week has been left behind, another Friday is on, and we are representing you new weekly review of the most popular news of the week on Cointelegraph.

One of the most helpful reviews on different digital currencies opens our top five. We often speak about bitcoins but what about other coins? Do you know what are the most popular and promising coins today? Read Numismatics of the Cyber World or Who Was Left Behind by Bitcoin and take a closer look on your possible future friends in the world of cryptocurrencies. Find out the most interesting alternative coins like: Litecoin, Namecoin, Peercoin, Primecoin, Feathercoin, Novacoin, Infinitecoin, Megacoin, Quark coin.

When you earn bitcoins you also search for places where you can spend them. It doesn’t always have to be something special, may be you just want to have some beer? So this is an article for you, now Baltimore bar beckons Bitcoin beer buyers. Our readers are certainly interested in smooth bitcoin spending, as they raised this article to number four. Yes, ominously named Bad Decisions, in the Fells Point neighborhood at 1928 Fleet St., has begun accepting Bitcoin payments.

“Wayi, a multifaceted Taiwanese digital entertainment company which already operates a gaming platform and online shop, has announced that it will begin accepting Bitcoin orders and will thereafter launch a Bitcoin exchange on January 1, 2014”.

Once the new Bitcoin exchange will be launched, customers will be charged a 3% fee to process the currency exchange. Currently, the only exchange option for local Taiwanese Bitcoin users is to acquire coins via LocalBitcoins.

Number 2 – Something New from Russia

How do you like that - Bitcoin Trademark Has Found a New Owner in Russia.

“One of the companies located in Russia has started the process of Bitcoin and its graphical sign registration as if it was the companies property. Success of this idea might bring a huge income to the initiator as the popularity of the cryptographic currency. Having no analogue and considering Yandex. Money platform as slightly different technology and payment method, many merchants have started to accept the coin for their products and services – mostly online. The rumors say that the idea belongs to Boris Bulochnik and is performed on his behalf by confidant person”.

The registration of the mark also legalizes the bitcoin in the country enabling startups. The idea is very good for the procedure of receiving a patent is rather long and will ensure the safety of the mark in the closest future.

Top leader – Bitcoin is a Taxable Asset in Norway

From now on Norway deems Bitcoin a taxable asset, not a currency.

Recently Norway’s director general of taxation has said that Bitcoins “don’t fall under the usual definition of money or currency.” Instead, the richest country in Scandinavia will consider Bitcoins as assets and thus impose capital gains tax on Norwegian holders. Read more here.

This is it. Christmas week is coming, and we’ll make sure to bring you exiting news and may be even amazing miracles from the world of digital currency!