The US Government’s Vendetta Against Bitcoin Is Unacceptable

American journalist and podcaster David Seaman posted a scathing critique of the IRS’s newly announced stance on Bitcoin earlier this week. The IRS has said it will be taxing Bitcoins, and any other digital currencies, as property. 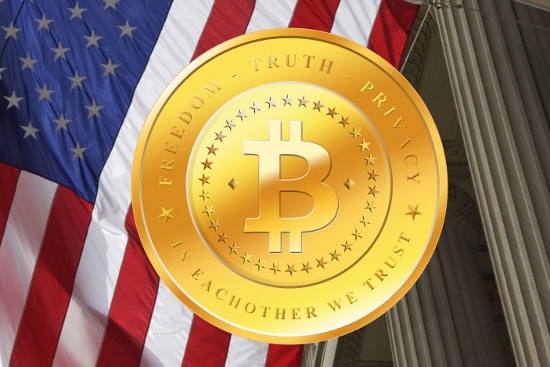 American journalist and podcaster David Seaman posted a scathing critique of the IRS’s newly announced stance on Bitcoin earlier this week. The IRS has said it will be taxing Bitcoins, and any other digital currencies, as property.

In his post on Medium, called “The US Government’s Vendetta Against Bitcoin is Unacceptable,” Seaman says Washington’s position is going to undercut America’s ability to innovate in the cryptocoin space, and some other countries are going to take the lead.

“Miners are subject to the self-employment tax,” he writes. “Are you kidding me? Running a program on your computer makes you self-employed?

“I guess every Halo player is now a military contractor, by the same logic.

“Bitcoin is now treated by the IRS as physical property, making it all but useless within the United States as a functioning transactional medium, especially for small everyday transactions.”

He went on to compare the position similar to if the IRS had charged property taxes for URLs in the ‘90s. Then, he takes the government’s position to its logical conclusion:

“And by extension, isn’t the NSA committing physical theft every single day?

“There’s also the fact that the highest levels of leadership within the US government, including November’s Senate hearing on digital currencies, have always referred to Bitcoin as an ‘electronic currency’ or a ‘virtual convertible currency’ in the case of the Treasury Department.

“They’ve never referred to it as ‘electronic property’— this is a vicious bait and switch.”

Related News
Digital Yuan: Weapon in US Trade War or Attempt to Manipulate Bitcoin?
Startup Brings Crypto Payment Option to Over 730 Locations Worldwide
Bitcoin Subreddit Subscribers Surge Following Crypto’s Summer Bull Run
Redditor Creates BTC-Themed Game as Holiday Gift for Crypto Community
Bitcoin Is Becoming More Valuable to Iranians Amid Tensions With US
The Blockchain Approach to Customer Relationship Management
<div is="sidebar" :sidebar-data="{"promoButtonsI18n":{"crypto-button":{"url":"crypto.btn.sidebar.url","label":"Get Crypto At True Cost\n","text":"Cryptoassets are complex instruments and investments carry a high risk of losing value. You should educate yourself in how crypto-markets work before making any investments. Always invest responsibly and be prepared for the risks associated with investing in or using cryptoassets. This promotion cannot be considered investment advice."},"etoro-button":{"url":"https:\/\/ad.doubleclick.net\/ddm\/clk\/437480595;240556498;x","label":"Try Etoro","text":"Trade on the world’s leading social trading platform (Highly volatile investment product. Your capital is at risk)"},"hitbtc-button":{"url":"https:\/\/hitbtc.com\/?ref_id=5cba0be404aa3","label":"BEST LIQUIDITY ON HITBTC","text":"Note that all trading strategies are to be used at your own risk. Before trading, we recommend to make sure that you have a clear understanding of cryptocurrencies and how they are traded."},"changelly-button":{"url":"https:\/\/changelly.com?utm_source=cointelegraph&utm_medium=referral&utm_campaign=changellyctengbutton&ref_id=le9ssi8dgmskmqu0","label":"BEST RATES ON CHANGELLY","text":"This is to note that you should realize all crypto trading risks. Please make sure that you understand how crypto exchange service works."},"nexo-button":{"url":"https:\/\/nexo.io\/?utm_source=cointelegraph&utm_medium=fixed&utm_term=content&utm_content=crypto_banking_account&utm_campaign=nexoeverywhere","label":q