The Internet and in particular Bitcoin are the two best examples of something resembling true decentralization in history, where pretty much every participant got equal access at a relatively reasonable pace; even then, there are some centralization issues. The other examples that are listed here were hampered in reaching the masses either through intentional suppression by those who controlled it, or technological limitations or both. Nevertheless, they do represents mankind's previous attempts at or accidental creations of situations that greatly, even if only briefly, broke down the pillars of centralization.

If we allow ourselves to look past the issues each of these events (for lack of a better word) had when they started and the problems that still afflict them today and instead look at the overall effect these events had, we can see a general trend towards decentralization that began arguably at the dawn of Western Civilization and continues today.

Again, none of these instances, Bitcoin and the Internet included, are perfect examples of decentralization. They do, however, represent some of the most important moments in human history. 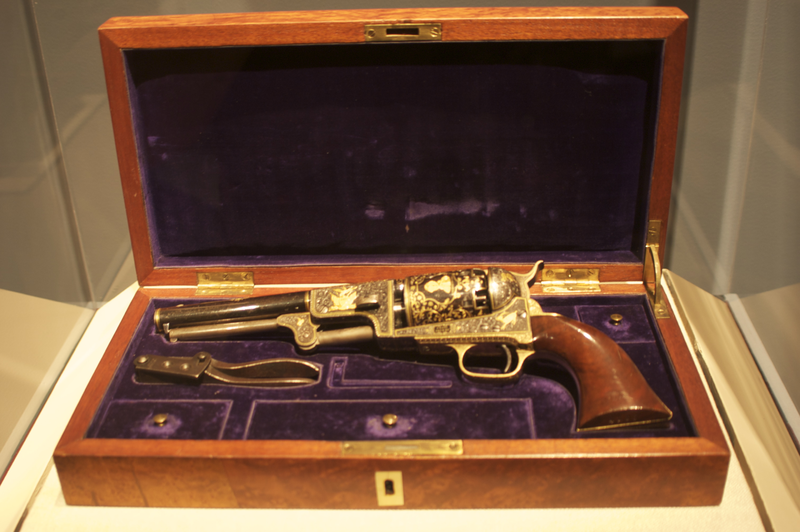 Synopsis: There are several reasons why guns sit at the bottom of this list. For a long time, guns weren't decentralized at all. From a historical perspective, most of the impact from the inventions of guns came while they were centralized in the hands of a few countries. The militarization of gun powder allowed  European nations to conquer and occupy much of the world, shaping the cultural and political world we live in today. That is not an example of decentralization, that is an example of what happens when a massive technological advantage gets centralized in one group of people.

However, there was another major effect that the Invention of Guns had on the world outside of its military implications. Particularly after the invention of effective rapid firing pistols, suddenly size was no longer as much of a factor when it came to what used to be a more crucial question in daily human life: who can kill who. With a gun, a 90-pound elderly woman, assuming she can hold her arms straight, can kill a seven foot tall, 320-pound man, simply by pointing a device at him and pulling the trigger. This equaled things out in a way a sword or knife never could and it is why guns are often called “the great equalizer.”

Today, some of the decentralizing effects from the Inventions of Guns have been erased. Regulations prevent some from accessing them and they are no longer the dominant force on the battlefield. They are used at least just as often to enforce centralization as they are to break it down, but it gave a huge number of people the ability to reach the second level of Maslow's hierarchy of needs and that cannot be discounted.

Synopsis: You probably didn't expect to see Bitcoin this low on the list and if I were interested in pandering, it certainly would be higher. However, it's still in its infancy and the full effects of Bitcoin haven't yet come to fruition. However, its potential impact is huge. Most of you reading this won't need a explanation on why but just to be thorough, I should explain. Money has always worked because of one underlying principal: someone or something has always limited the total supply and backed its value. A dollar is only worth a dollar because I can buy a dollar's worth of goods at stores and society (not the government) collectively agrees on that value. Bitcoin represents the first time a currency can be issued by something other than a central authority. Society still decides its worth, but that value is protected from outside forces.

Furthermore, by exiting the old fiat system, Blockchain technologies have opened up much more than just the printing of money. The more important aspect is being able to transfer value to another person anywhere in the world and the ability to code features into currencies that open up nearly every aspect of the financial world to the masses, including investing, funding and ability to choose how to hold value.

But again, most of those effects have yet to be felt by the vast majority of people and Bitcoin is centralized in both who holds it and arguably in who creates it. It has the ability to rocket up this list in the next two decades, as it has the potential to decentralize much more than just money, but at the moment it sits at a generous number four.

3. The Invention of The Printing Press 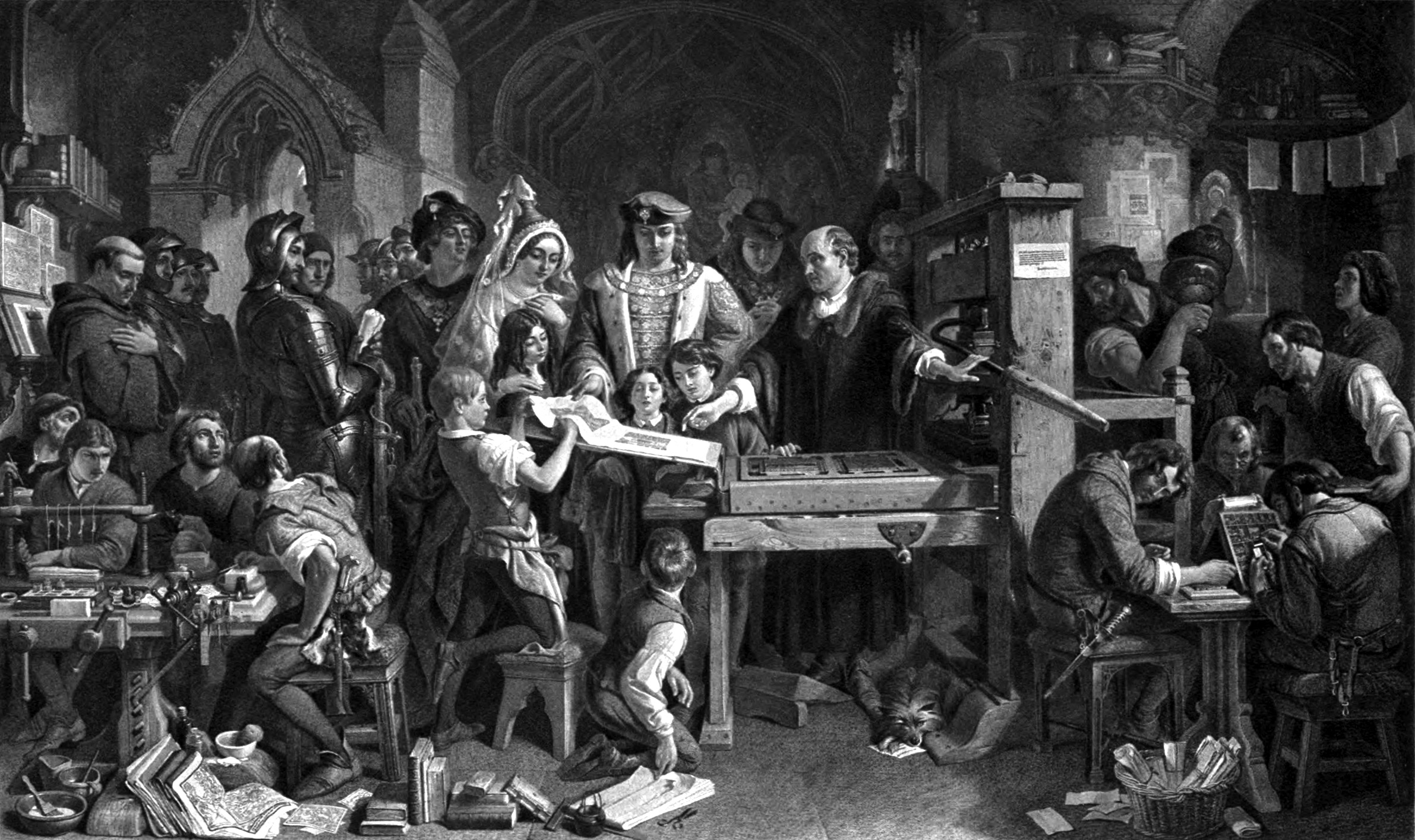 Likewise, it is equally difficult for us to understand how important the translating of the Bible into a vernacular language and its subsequent spread throughout Europe had on the population. Today, we think of the Bible as one of many religious texts that exist in today's world and is pushed by one of the world's major religions. To peasants living in Medieval Europe, it was the unquestioned word of an equally unquestionable God. The Bible wasn't something peasants found in drawers in hotel rooms, it was a holy text, written in an ancient language directly from God that could only be read by their religious leaders who they had to trust would interpret it correctly.

The world is a far more knowledgeable place today, but in the limited worldview that virtually everyone had in Europe at the time, the Bible was the indisputable truth and when Martin Luther let people see that truth, they were able to finally think for themselves, because from their perspective and for the first time, all of the answers were in front of them.

Of course, the printing press also did a lot more than just spread the Bible around. It spread all information much quicker than it ever had before. Copies of books no longer had to be written out by hand and people were able to obtain that information without an intermediary much quicker than before. It spread not only the Bible, but ideas and information from around the world. The creation of that information was still centralized in those that could afford the machinery, but obtaining that information became much more decentralized. Knowledge centers (Libraries etc.) could spring up in every major town, and not be reliant on the Catholic Church's manual monk-power. 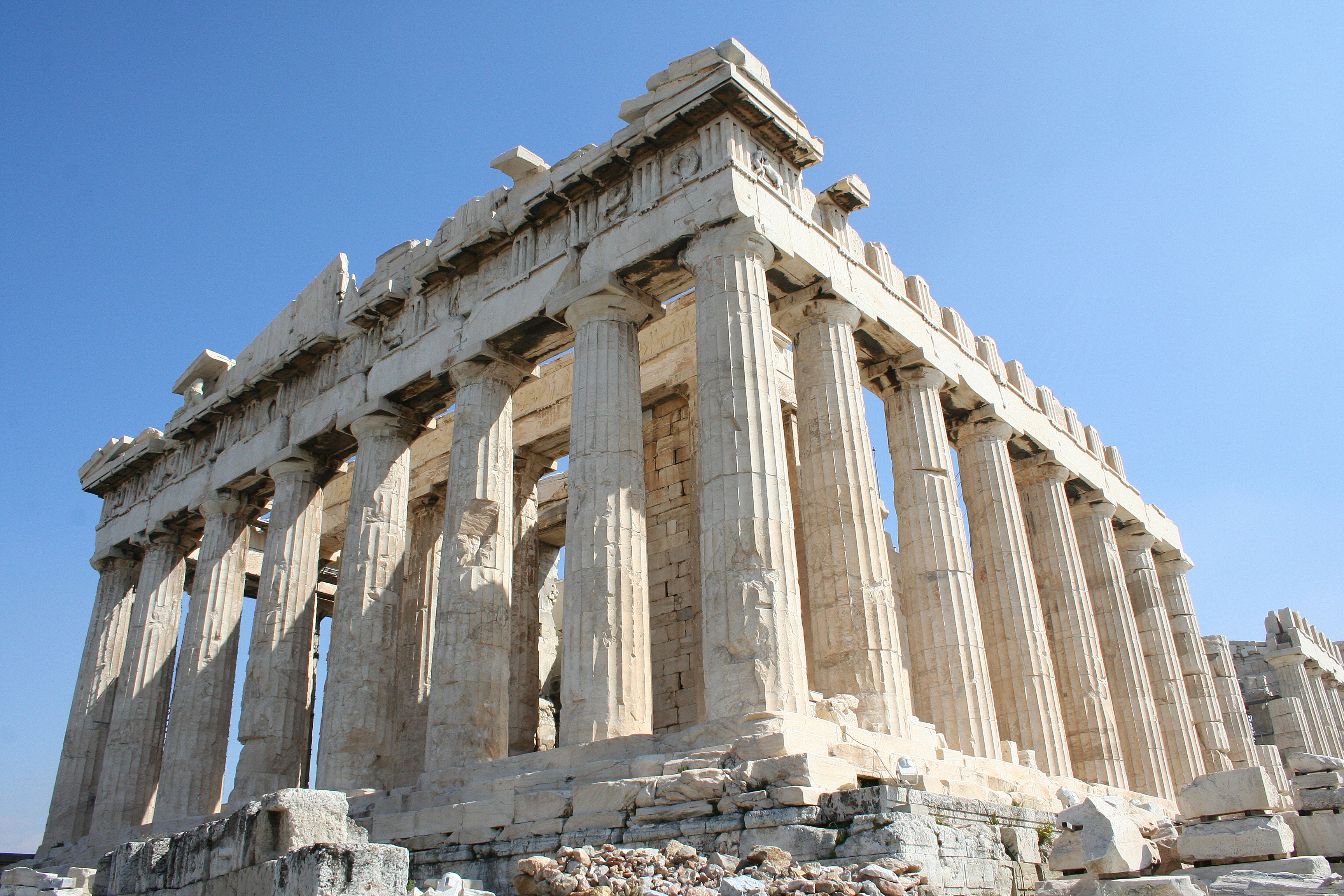 What it decentralized: Political Power, Collective Action, Self Determination

Synopsis: The entirety of Western Civilization and thought can be traced back to a few robe wearing old dudes in Athens. While the power was still centralized in those deemed worthy of voting (landowning, male citizens) it was a great deal more decentralized than the previous system: entrusting the entirety of a civilization in the hands of one man.

It is from this idea, that the knowledge of many is a safer bet than the knowledge of one, gave birth to the idea of decentralizing anything. Previous to that, man simply gathered together into societies and gave or surrendered power to one man or a select group of men. Athens was the first attempt to bring that power to the masses. While no political system has yet to prevent power from centralizing within it again, Democracy serves as the seedling from which every other form of decentralization has sprouted from. Major improvements over the ancient Greek systems were made during the Roman Republic and the rebirth of Democracy in America.

Corruption found its way into ancient Democracy and it appears to have done the same with modern day democracies, but its intention is undoubtedly one of the most noble endeavors ever the human race has ever participated in. Despite its many issues, it has also resulted in the most powerful nation states in the world, which became hotbeds of innovation and art. 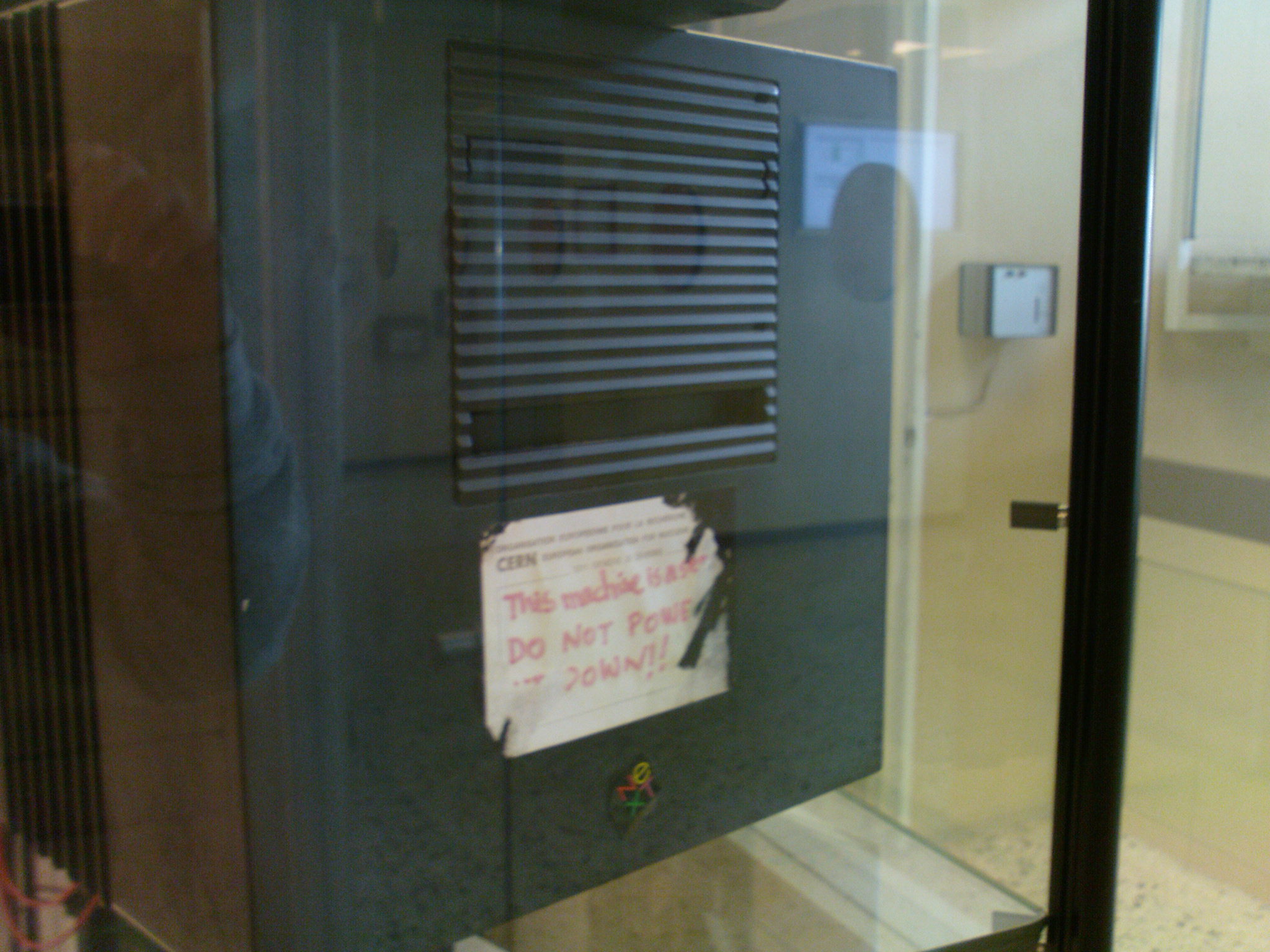 By Zuzanna K. Filutowska (Own work) [CC-BY-SA-3.0], via Wikimedia Commons

What it decentralized: Media, Information, Creation, Communication, The Truth

Synopsis: Since consumable media has existed, it has been centralized in the power of the few. Only those with printing presses could make newspapers, only those with access to television stations could tell their story. The gatekeepers decided who got to say what and to whom. Even in pre-modern times, Religious and Political leaders could gather a throng of people, express their wishes and have it spread through the nation, but a normal person had no such option.

Today, thanks to the Internet, everyone has a voice. Everyone who wants one, has their own space. And each individual's ideas, stories and art is limited only by its appeal and not subject to a censor with a desire to strike it down. This has fulfilled the long awaited promise of a legitimate meritocracy. If you are a capable writer, artist, musician, philosopher, comedian or anything else that can be translated into the digital world, then you don't need a piece of paper from a college, you don't need a certificate. Your work, verifiable and viewable from anywhere in the world, is your diploma.

This has allowed for the spread of ideas, information and art in a way that even the most forward looking futurists in our past could have never predicted. There is nothing more threatening to the powers-that-be than the unfiltered spread of those three things.

Which is why there are still some centralization issues with The Internet. Particularly, Internet Service Providers who have made it their cause to wrestle that control away from the masses and give it back to the gatekeepers. Net Neutrality may end up being the most important issue of our lives because it could determine if the greatest moment of decentralization in human history is erased by Billion dollar thugs attempting to stop progress in order to increase profits.

It is easy to say that they will fail, that the tide created by the Internet is too strong, even for Verizon and AT&T and the rest. However, that would ignore the potential for and consequences of short term gains. What could be called a short term gain from a historical perspective could potentially be a generation or two long. The human memory is short, and it wouldn't take too long before a controlled internet became the norm. Mesh networks hold massive potential in bypassing the ISP gateway, but they are a ways off still and there is no guarantee that they will find the widespread acceptance they will need to be successful. This could set back the human race decades. The Internet is our greatest tool and it must be protected.

As chapters are continually added to the annals of history, perhaps this will be remembered as the period of time when humankind was finally able to free itself from the shackles of centralization. When we were at long last able to carve out a place that allowed for cooperation without coercion, freedom without anarchy and knowledge without limits. The powerful few stand in our way, but they are no match for the tools we have built.