US District Judge: “Bitcoin is Money”

The question of whether or not Bitcoin is money, property or a commodity took one step closer as Federal a judge ruled in the case of Robert Faiella, 54 and Charles Shrem, 24, that Bitcoin was money. 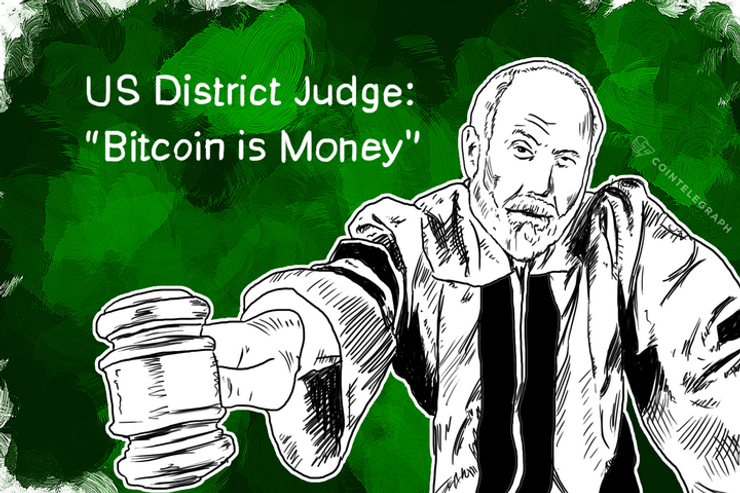 The question of whether or not Bitcoin is money, property or a commodity took one step closer as a Federal judge ruled in the case of Robert Faiella, 54 and Charles Shrem, 24, that Bitcoin was money.

This case is actually not the only ruling on the issue by US courts that called Bitcoin money. The judge did not agree with the defense's idea that Bitcoin was not money saying Bitcoin "clearly qualifies as 'money' or ‘funds.’”

In this particular case, defendants were moving money through the Silk Road and the judge stated that since Bitcoin has a denominator of value (each Bitcoin is worth a specific amount of fiat currency), it can be used to make purchases of retail goods and services, meaning that it falls under the textbook definition of money.

This decision means that both defendants will have to stand trial on September 22, 2014 in U.S. v. Faiella, U.S. District Court, Southern District of New York, No. 14-cr-00243. But the decision can also affect other cases as well, one of which the Bitcoin Foundation has filed an Amicus Curie Brief in the case. The problem might be that the arguments made by the Bitcoin Foundation and the defense team in this case are very similar to those just ruled on by the judge in the Faiella case in New York.

The case in Florida is a bit different, however, than the New York case that was just ruled on. In Florida Pascal Reed was charged in March of 2014 with:

“Unlawfully engaging in an unregistered money transmitter business without being exempt from registration in violation of Florida Statutes § 560.125(1) filed on May 14, 2014, which charges Reid with being an unauthorized money transmitter under Florida law.”

This might seem like a legal mouthful but the charges are very clear for Reid. Florida statutes clearly define what qualifies as a money transfer service. Reid, however, is also charged with money laundering as well in the first known state level criminal case involving buying and selling cryptocurrencies, although two other individuals were accused of similar activities back in February.

The Bitcoin Foundation’s brief addressed only the charges of being an unauthorized money transfer service but, if successful, it is likely that the money laundering charges will be dropped. The Foundation’s argument is simple in that prosecutors are attempting to superimpose a law intended for fiat currencies on Bitcoin. The Foundation commented in on the matter on their website:

“The foundation’s position at its core is this: state prosecutors are improperly applying Florida statutes regulating “money service businesses” to individuals conducting peer-to-peer sales of bitcoins.”

Simply put, the laws that were made to regulate money exchanges should not apply to peer-to-peer asset transfers. The Foundation also argues that under FinCEN guidelines the retail use of Bitcoin is not considered a money transfer.

The interesting thing about the amicus brief filed by the Bitcoin Foundation is that while it targets the fundamental unfairness of Reid’s charges, Bitcoin does not and should not fall under guidelines developed for an entirely different monetary system.

This does however contradict the argument made by the Bitcoin Foundation of Canada that Bitcoin was already regulated under existing law in a recently issued report. The ruling in New York, however, along with another case in Texas, in which Magistrate Judge Amos Mazzant of the Eastern District of Texas ruled that Bitcoin was money in April of 2013.

But we have at least two federal courts ruling that Bitcoin is money, which brings the Executive branch (IRS) directly into conflict with the Judicial branch and these issues are settled either by Legislation at a Federal level or by the Supreme Court.