What Do You Think the Exact USD-BTC Rate Will be at Christmas?

How much will Bitcoin be worth by Christmas? 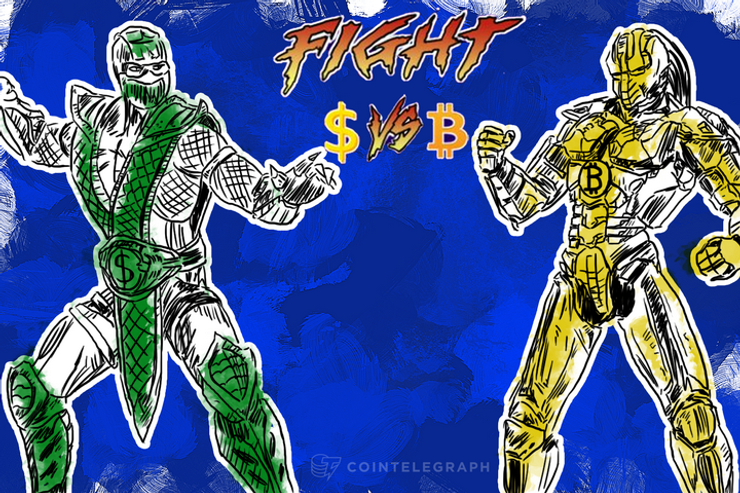 There's nothing like this (hopefully) million-Bitcoin question to catch our experts unaware: how much will Bitcoin be worth by Christmas?

The last time we served as a medium between the indusrtry's professionals who made this prediction and you, our readers, was a month and a half ago. One interesting result is that the average price prediction this time remains little changed from then – US$2218 now compared with US$2072 previously.

Never mind the long-term predictions; Cointelegraph wanted to stare into the crystal ball just a few months - and the answers we got were curious.

Take a peek at the video below from the Inside Bitcoins Hong Kong and CEBE conferences - we interviewed leading lights from a host of Bitcoin entities and startups, so you can sit back and ponder the speculations from the experts.

Like what you hear? Be sure to follow Cointelegraph for more of the latest news and analysis on everything Bitcoin and crypto.

What have people said:

Vitalik Buterin from Ethereum - It’s too hard to tell.

Zennon Kapron from Kapronasia - It’ll either be worth a couple of dollars and be an enthusiast currency, or it could be worth quite a bit of money and be generally accepted by the population

Bastian Brand from Pathfinder Capital - I can imagine that it comes up again to 1,500, something like that, and the main driver of that will be finally the launch of Bitcoin ETFs.

Noah Silverman from Smart Media Corporation - Christmas this year, I’d like to see a $900 Bitcoin.

Tone Vays from LibertyLifeTrail.com - Around $1,000

Leonhard Weese from Bitcoin Association of Hong Kong - 3,000 US. Just a wild guess.

Guy Corem from Spondoolies-Tech - So, above $1000 per Bitcoin.

David Johnston from BitAngles - I think the price will take care of itself.

Antony Lewis from itBit - I don’t comment on exchange rates. I don’t really have a view on price.

Denis from CoolIT Systems - That is a million-dollar question. I have no idea.

Star Xu from OKcoin - As a CEO of an exchange, I cannot predict the price.

Adam Vaziri from Diacle Ltd. - On the whole, I think it’s the infrastructure that’s improving. As a result, people are having more confidence in the price.

Cyril Houri from Brawker - We’re going to have like a plateau again, but this time around $1500 rather than the $5–600 where we are now.

Jean-Marie Mognetti from Global Advisors - $900, if not higher

Marco Streng from Genesis Mining - Well, I guess that it will break $1,200 in any case.

Dave Chapman from ANX - To be honest, I don’t really care. That’s not where I think the most prominent feature of Bitcoin is. I’m not one to speculate.

David Shin from Cryptomex.io - $1,000 between now and December