World of Battles ICO begins in October, expects to capture 50% market share of the emerging eSports market in two years. 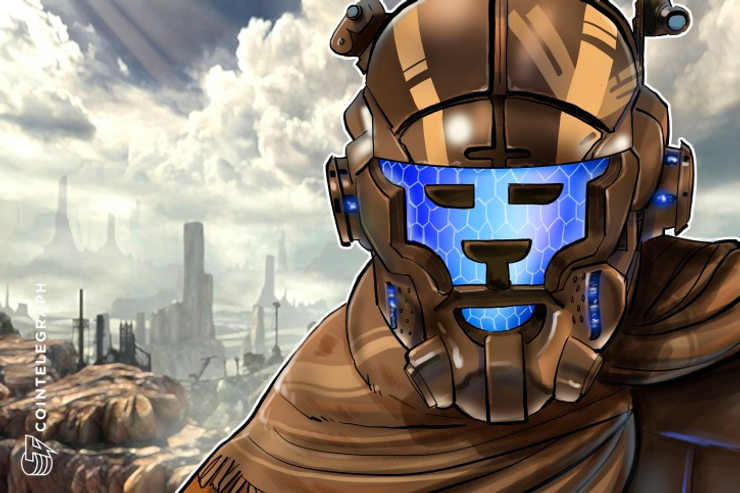 The eSports industry has posted a 41% year-on-year market growth, according to the 2017 Newzoo annual report, making it hard to ignore. Similarly, you would be hard-pressed to find a major industry that Blockchain technology isn’t disrupting.  In that light, World of Battles represents the ideal merger between the emerging industries of Blockchain and eSports.

Traditional eSports streaming platforms are rampant with bugs and errors. They come with many shortcomings ranging from streaming interruptions to long waiting periods for processing the betting transactions. Taking advantage of Blockchain technology, World of Battles (WOB) presents innovative solutions that not only provide for enhanced streaming and gaming, but also mitigate the operational risks associated with placing bets. WOB also presents bullet-proof mechanisms for eliminating fraudulent behavior as well as cheating and abuse of its system.

The rundown on WOB

WOB is a decentralized, autonomous Ethereum-based eSports platform that provides an enhanced gaming experience. Utilizing smart contracts, the platform functions independently of third party financial institutions, thus eliminating one major burden. One of its biggest advantages is being publicly verifiable, resulting in increased security through features that significantly reduce the probability of fraud, hacking and embezzlement. Among other things, the platform enables users to place bets and create tournaments.

With more than 450,000 players already registered and projections forecasting the potential for multi-billion dollars in annual earnings, World of Battles’s ambitious development team aims to take hold of 50% market share by September of 2019.

The highly experienced development team has already worked on projects like GNOME, OpenVZ and FreeBSD. WOB is also partnered with Civic and one of the biggest livestreaming gaming platforms Twitch. They offer paid opportunities for partner platforms and payments for additional solutions. Any interaction with their partners is by open API. They also have direct direct and personal contact with managers from partner companies.The following is a summary of how they may be able to achieve that.

Giving gamers what they want

In addition to being able to participate in tournaments, online players want to be able to place bets. According to a recent market research report by Eilers on eSports, gambling is set to surpass $23 blln by 2020. Undeniably, demand for betting on online gaming is through the roof.  While the risks associated with placing bets are numerous, they are minimized by integrating Blockchain technology. WOB is built to cater to users’ wagering needs and provides facilitated, fast and secure channels for betting.

WOB has a tournament creation feature which allows users to initiate tournaments between either individuals or teams. The platform hosts large prepared matches complete with standings, the possibility for free-to-play and potential to make tournaments into charitable events. Relying on the Ethereum-Blockchain, the platform will provide uninterrupted and smooth streaming. WOB will also and will eliminate errors that currently exist on traditional platforms which have a high risk of breaking down and disrupting streams.

The experienced development team has already worked on projects like GNOME, OpenVZ and FreeBSD. WOB is also integrated with Civic and Twitch, one of the biggest livestreaming gaming platforms. Partner platforms are paid, including payments for additional solutions. They connect with partners through open API.

WOB draws on the characteristics of the Blockchain to ensure safe and verifiable transactions to process bets and distribute rewards. Distributed Ledger Technology (DLT) is well known for countering centralized financial service providers by allowing secure and fast value transfer. Additionally, WOB mitigates fraudulent behavior and prevents any one user from opening multiple accounts -- which could be abused to monopolize WOB tokens or to receive more than one jury membership -- by requiring ID and contact information as well as enacting a two-factor identification method.

eSports betting is a high-stakes endeavor that is becoming increasingly popular. This makes it ripe for manipulation and fraud. WOB stands out among its peers because it utilizes its decentralized infrastructure to verify match results, ensuring transparency and impartiality. At the core of the platform is an automated decentralized proxy server, called the MULTIWOB, which processes matches and rewards. In addition to curating contests and acting as an interface to process contests and rewards, this software powers the platform’s match outcome verification mechanism.

In a nutshell, this mechanism allows any player to contest the results of their match if they do not agree with it. It involves randomly selected witnesses and jurors weighing in on the result and potentially changing it. Any WOB token holder can register to be a witness or juror so long as they run the MULTIWOB software and they meet certain criteria. To be a witness or a juror, one must be a WOB token holder and register by making a transaction using a smart contract. Two witnesses are randomly selected and their input is registered on the Blockchain, checked by the MULTIWOB software and made publicly available. After this process, the platform honors the result by giving the rightful winner their reward. Witnesses and jurors are also rewarded for their participation.

The weight of a juror’s input is directly proportional to the amount of WOB tokes they own. However, to curb abuse of this role and ensure fairness, the maximum weight on a result is 1%. In this way, members are not discouraged from owning more WOB tokens but are prohibited from swaying results.

Another measure to mitigate risk of abuse and increase protection is the proposed User Reputation System. Players build their reputation through positive activity on the site, whether in playing or betting. Their ranking on this system determines their privileges, which range from subscriptions to participating in professional tournaments. The MMR-based platform mapping mechanism prioritizes players with a higher reputation rating. The platform sets minimum reputation thresholds and players with higher ranking reputations can play at higher levels and place larger bets.

A large initial investment by the project’s founder was made in 2016 and alpha testing was closed earlier this year. WOB seems like a solid project with real potential. The ICO opens tomorrow October 17th and lasts through mid-November for a total of four weeks. One ETH will buy 1900 WOB tokens in the first week and 1000 WOB tokens by the fourth. During the first hour of ICO the bonus is set at 100% and the team has plans to finish ICO within one hour.

Related News
Virgin Bitcoin — Most In-Demand Crypto That Is Regulated Differently?
Blockchain Platform Unveils Partnership to Boost Crypto Compliance
Most Significant Hacks of 2019 — New Record of Twelve in One Year
Bitcoin Is Becoming More Valuable to Iranians Amid Tensions With US
Blockvest's Defense Based on Falsified Documents, Claims SEC
Bitcoin and ETH Are Commodities, While XRP’s Status Is Unclear, CFTC Says
Editor’s Choice