After 6 months of hard work developing their debut creation - the next-gen blockchain game 0xUniverse - the blockchain-based games developer 0xGames has finally released a public roadmap for its projects. 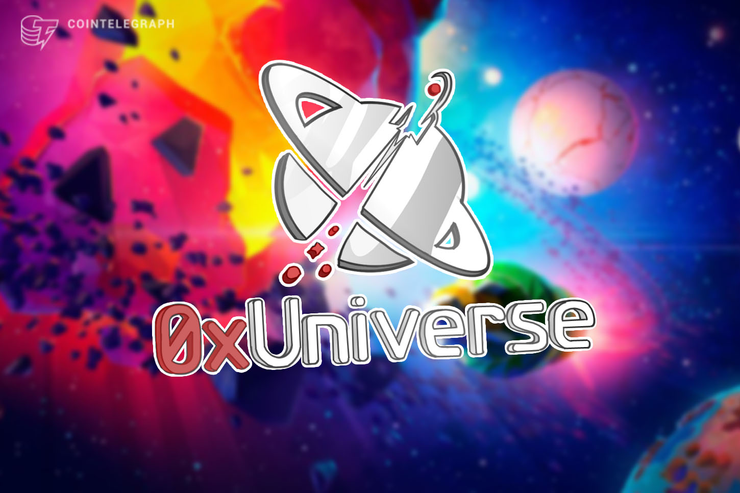 After 6 months of hard work developing their debut creation - the next-gen blockchain game 0xUniverse - the blockchain-based games developer 0xGames has finally released a public roadmap for its projects. The first two stages of their wildly successful item pre-sale for 0xUniverse have completely sold out, but don’t worry – users still have the chance to buy discounted planets in the third stage until June 25.

The official release date for 0xUniverse is June 29. Players will then be able to embark on their own space exploration: building spacecrafts, colonizing planets and unraveling the game’s storyline.

The revealed roadmap goes as follows:

Late last year, 0xGames started employing experts and developing the concept for 0xUniverse. The core team consisted of gamedev veterans and experienced blockchain specialists. Enticed by the prospects of this new market, they placed their confidence in the potential it held. First and foremost, blockchain opens a wide range of new possibilities to both players and developers. For one, it helps small developers raise funds faster and create better quality games. In addition, blockchain enables an in-game free market to flourish: the planets - 0xUniverse's collectible items - are exclusively owned by the players, who are free to exchange the items amongst themselves.

A great effort has gone into 0xUniverse since the start of this year. The team created smart contracts, designed planets and wrote a storyline. It was all this hard work that made an early March release possible. The subsequent beta testing counted over a hundred participants.

A beta test was run on the Rinkeby testnet between March and May. Bug reporting and feedback from players, plus tarduous teamworkby 0xGames, guaranteed the release by early June. At this point, players started asking for a pre-sale campaign – the idea was green-lit. During this time the project’s popularity has increased substantially: all planets available during the first and second pre-sale stages were instantly sold out. The third and final stage is currently running and ends June 25. The game's release has been announced for June 29.

The 0xGames team has also been working on a second game under the working title “Space Arena” since May. It will see players battling in the world of 0xUniverse, so planet owners will get additional bonuses. An announcement with further details on this project will come out in July.

The team will begin work on a mobile version of the game soon after its official release. This will be a vital growth point for the audience, and the developers plan to treat it as such.

Some new functions will be introduced, including social game mechanics. Players will be able to:

Companies are the definite highlight among the new features. Players will be able to associate in enterprises where a Company leader will have full control over resources that can be allocated both to wage wars against other Companies and to explore new worlds. Other Company members will be able to invest into its activities and get appropriate returns. Company leaders can potentially be removed from their charge by unsatisfied company members.

Another great new feature will be planet leasing. Players will be able to launch the spaceships they build from other players' planets after paying a lease. Yet another way for planet owners to make a profit.

We mention the major updates above, but there are dozens of smaller details planned, such as player’s experience systems and giving names to planets.

By the end of the year Companies will get a chance to fight each other for the right to dominate the galaxy. Successful war efforts will allow one to control entire sectors and profit from the sale of planets in that territory.

The release of the new game “Space Arena”, set in the world of 0xUniverse, is planned for this date.

The developers believe that, if players join forces, they'll manage to uncover the mysteries of the game's universe. This would lead to a scientific breakthrough allowing Companies to expand their dominion outside the known galaxy and explore new worlds in early 2019.

This roadmap reflects the path that 0xGames hopes the 0xUniverse game series will follow. Readers should keep in mind,  however, that the blockchain market is developing at such a rapid rate that new technologies are likely to appear, and thus can shift priorities. So it is important for readers to stay updated!

The development team does listen to the voice of the players; it is within their power to suggest new ideas and influence the way 0xUniverse evolves. Feel free to join the game community on Discord, Telegram, Twitter, Facebook or Reddit. And don’t miss out on participating in the planet presale, which ends on June 25!