100% Free Transactions in the New EOS Wallet by Freewallet

Freewallet is happy to announce the release of the new EOS Wallet for iOS and Android where users can store, send and receive the new EOS coins operated on its mainnet and perform all transactions completely free of charge. 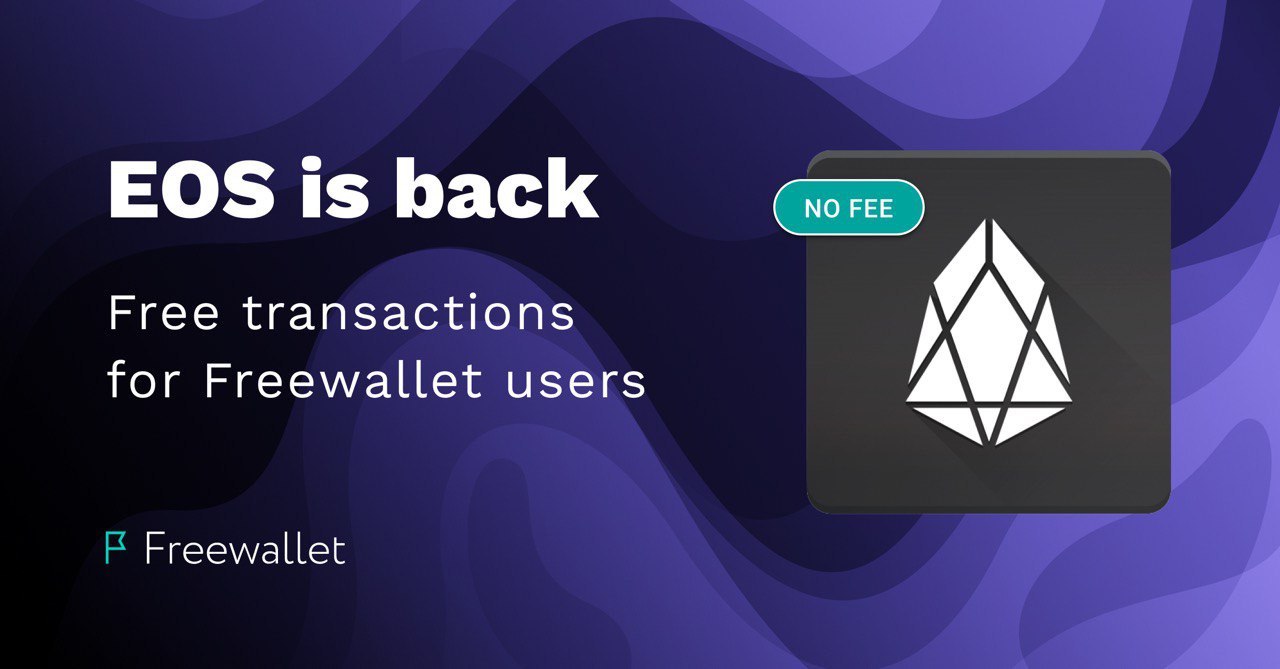 Freewallet made all withdrawal transactions in the new EOS wallet 100% fee-free, regardless of whether a user wants to transfer his EOS or exchange it with another coin. The new wallet can be topped up with almost any cryptocurrency. Holders also can keep EOS in the Multiwallet app, which manages multiple coins and enables users to cross-exchange them in one place.

Unlike the other EOS holders, Freewallet users don’t have to deposit their ERC-20 EOS tokens in the exchange to swap them with the new EOS. All Freewallet users, who held EOS(ERC20) tokens in their wallets on June 1st 2018, will have their tokens swapped for new EOS coins, accessible via EOS wallet and Multiwallet with zero effect on their balance.

‘The long-awaited EOS coin is finally with us, and we are happy to announce a new dedicated EOS wallet to go with it’ - stated Alvyn Hagg, CEO and founder of Freewallet, - ‘To celebrate this event we enabled completely free transactions and automatically swapped your ERC-20 tokens. It isn’t X-Mas yet, just Freewallet’

EOS was initially an Ethereum-based ERC-20 token aimed at supporting EOSIO, a blockchain platform for the development of decentralized mobile applications. All EOS tokens were frozen on June 1st 2018 by the owner company after the last stage of token distribution. Tokens became fixed and non-transferable on the Ethereum blockchain and users were asked to wait until the new blockchain would be created.

Block.one, the company behind the project, distributed the new EOS coins among the old Ethereum-based token holders after the release of the EOSIO platform and launch of its own mainnet.

Freewallet is the company behind the digital currency hosted wallet with a built-in exchange for web, iOS and Android devices, capable of holding Bitcoin, Ethereum, Litecoin, Dogecoin, Monero, Bytecoin, and 20 other  cryptocurrencies in one place. Recently, Freewallet was listed as the third most popular online wallet for Android​.