After The 8th Distribution Of Dividends RLT Enters The Exchange - How Much Will The Rate Increase?

SmartPlay.tech gaming platform continues successful promotion and improvement of its first game - SmartRoulette.io, which is favorably differs from other blockchain projects working on smart contracts. 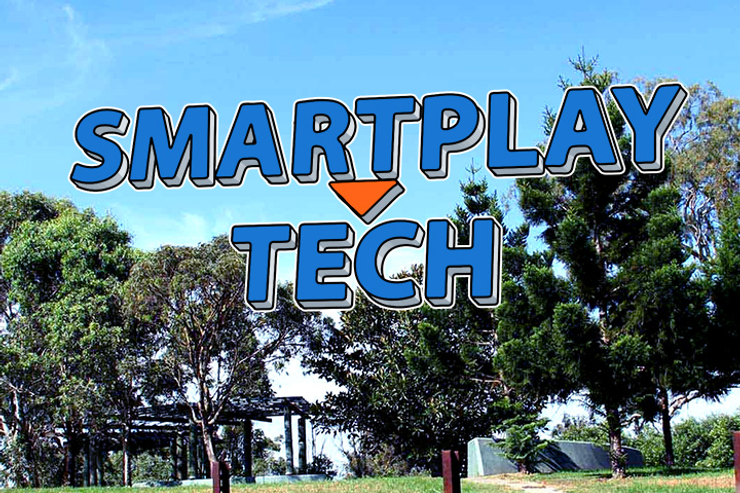 SmartPlay.tech gaming platform continues successful promotion and improvement of its first game - SmartRoulette.io, which is favorably differs from other blockchain projects working on smart contracts. Partners and investors of the company get a real profit in ethers, and not only expect the growth of capitalization and the moment to sell tokens profitably.

In less than two months from the beginning of the project's work eight dividend payouts were made through the involvement of more than three hundred players and a lot of partners, as well as active work aimed at improvement of the solution. Based on the results of the collected statistics, according to which more than 15 000 spins have been made and about 50 000 bets have been placed, it became possible to get and distribute more than 467 ETH of profits between investors. This comprises approximately 3.5% in ethers and about 9% in US dollars from invested funds.

According to the developers, analysis of players' behavior demonstrated high conversion and involvement of users who are well acquainted with the world of crypto currency and Ethereum. However, in order to increase audience coverage and attract more players to the current version of the game, it is essential to minimize a number of complicating factors, the main of which is the need for installing, refilling and using Ethereum wallet.

At the moment the team is developing a simple game start solution for beginners, which will allow starting the game without installation of MetaMask extension and will minimize the difficulties associated with the necessity of understanding the structure of Ethereum network. Thanks to the innovation, the user can immediately start the game process and place bets using either ethers or RLT tokens. In this case, all the necessary arrangements for the wallet and the network handling will be done by the game solution.

After the implementation of the light-version the advertising campaign will be launched with a short-time goal to attract more than 3000 players and ensure further growth of the project's profitability, its turnover and share on the market. The project team is confident that the current price of the token on Livecoin exchange, which is already significantly higher than its cost during the ICO, is strongly underestimated and will rise even more in the near future. At the same time, the work is being carried out on the real profitability of the project, reached through the key business process. Its ultimate goal is happy players who by placing bets can not only win, but also become partners of the project, receiving up to 3% return of each bet in the form of the platform's tokens that have high liquidity and give the privilege of participation in the profit distribution. Understanding that this is the only way to ensure the steady high capitalization and liquidity of the project on the market, the team makes every effort for every gambler enjoy the game and easily become a co-owner of SmartRoulette.io, one of the most innovative gaming solutions in the world by SmartPlay.tech.

The uniqueness of the developed roulette is that the whole game process is fully organized on Ethereum smart contracts. Information about each operation, starting with placing bets by the player and ending with the random number generation, is recorded in blockchain and can be checked by any user, which guarantees no interference from the site owners and makes the game process absolutely honest. Thanks to the integration of online roulette in Ethereum blockchain, winning in the game becomes possible for all players who have at least some experience and luck.

Another innovative peculiarity of SmartRoulette project is the issue of digital shares - RLT tokens, the value of which is ensured by the profit accumulated from the bets placed in ETH in the platform's games. In this case, not only investors of the project, but also any users playing European Roulette can become the owners of shares and, accordingly, recipients of dividends. At the moment 0.5% of each bet is returned to the player in the form of RLT tokens, regardless of the game result. Having on the balance at least 1000 tokens the user automatically becomes a participant of the distribution of dividends and on a regular basis receives profit from the income of the project in proportion to their share. At the moment SmartPlay.tech has already made eight dividend payouts with a total sum of 467 ETH, which makes SmartRoulette one of a kind project, profitable and interesting for both players and investors.

After successful carrying out of ICO in early April of this year, the company began active work on the promotion and improvement of the product, the results of which are ready to be presented now:

More than a month has passed since the launch of the first experimental advertising campaign. During this time SmartPlay.tech managed to attract hundreds of primary players for testing and playing on the website, which allowed not only to collect valuable statistical data for improvement of the product, but also to make the first dividend payouts to token holders. Based on the collected statistics and feedback received, it was decided to improve the product by minimizing the obstacles in the process of attracting players.

"Now we are aiming to attract players not only familiar with the market of crypto-currencies and smart contracts, but also the online gambling industry, which profit reaches $ 50 billion a year." - declare SmartPlay.tech developers. "According to TheBitcoinstrip up to 50% of blockchain transactions are made for making deposits and placing bets in online gambling.

For a purpose of effective promotion we conducted research and developed a strategy to reduce the cost of attracting players."

According to the team, the developed strategy allows to achieve a multiple reduction in the cost of one player attraction compared with the same indicators of other projects on smart contracts that are focused not on the key indicators of the business process, but on attracting investors and increasing the capitalization of the project by any means.

In the listings of the larger exchange Bittrex RLT tokens should appear after the fulfillment of the requirements provided by the website's administration. For these purposes a list of measures has been carried out on implementation of changes in the system of dividend distribution.

To increase the popularity of the project and attract players to the updated version of the game in late May developers are planning to launch a large-scale advertising campaign with a budget of up to $ 100,000 per month. At the same time, it is planned to release the second version of roulette, in which players will be able to place bets using RLT tokens. Users will be offered no deposit bonuses allowing playing and winning without using their own funds. According to the founders of SmartPlay.tech this will create a wow-effect and popularize the platform among online casino players.

In the future the company plans to launch an affiliate program, introduce the voting system for RLT token holders for making decisions on the development and promotion of the platform, as well as to develop and launch other versions of roulette and next gaming solutions. The team makes every effort to ensure that every gambler can enjoy the game and easily become a co-owner of SmartRoulette.io project, one of the most innovative gaming solutions by SmartPlay.tech in the world.