Xaurum team is trying to bridge the divide between cryptocurrencies and more traditional investments. 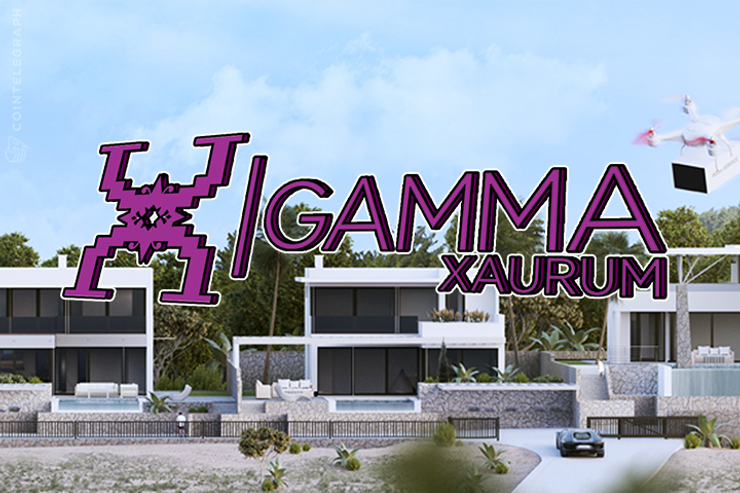 Xaurum team is trying to bridge the divide between cryptocurrencies and more traditional investments. They succeeded with first ever cryptocurrency backed by gold called Xaurum and now they are pushing it even further with project Xaurum Gamma. Gamma opens equal opportunities on huge real-estate market for small investors connecting cryptocurrencies with real-estate. This is a currently untapped market that — if entered correctly — could be a lucrative endeavor.

Xaurum is a cryptocurrency with a growing gold reserves commonwealth as its base of value. It strives to produce a better form of money regarding its storage of value, and the systemic functions of money such as distributive seigniorage, its elasticity of money supply and profitable inflation. Xaurum has appreciated from the initial 0.00625 $ per XAUR to the current 0.30 $, and has increased its common gold reserves from 1016 g to the current 129251 g. Xaurum Gamma is a commonwealth within the Xaurum commonwealth, that applies the concept of Xaurum within its established economic framework, and benefits both. Gamma increases the use of Xaurum and its coinage, and Xaurum enhances the value of Gamma.

Commonwealth of the First Crypto Smart-Street

Xaurum Gamma is a commonwealth of the first crypto smart-street, which is comprised of six luxury villas on the island Krk in Croatia on prime tourist real-estate. The goal of Xaurum projects is to preserve and increase value. The investments must therefore be long-term, relatively safe, yield the most profit and be augmentable by speculation. Real-estate is a safe investment, especially in a touristic setting. However, the time required for profitability makes it infeasible for small investors and crypto can mitigate this downside. The creation of Xaurum Gamma, a crypto-asset that represents half of the profit (and accumulates it in Xaurum), creates a way for investors to benefit from speculation. It avoids its potential downside by employing scarcity (the number of Xaurum Gamma tokens is limited), guaranteeing a minimal value through its use (Xaurum Gamma tokens can be used to rent a villa at the rate 1 XGM : 100 € or higher when recapitalized), and the growth of its Xaurum reserves.

The transparency and speed of crypto will enable the project owners to see all the economic activity in real time on the Gamma platform. Gamma project profits and the acquisition of new xaurum reserves will be visible in real time. All villas, smart fridges, drones, etc. will be represented on the blockchain, where Gamma owners will be able to monitor all the transactions and profit creation of each individual object.

Luxury Villas on a Premium Location

Xaurum street will consist of six luxury villas of modern design, equipped with the latest smart-house and crypto accessories, and their own pools and lounge areas. The villas will be built to the highest aesthetic standards, keeping functionality in mind. One villa has already been built, and will be opened during ICO. The rest will be built in the next year. Building will be finished on the 1st of May, 2018 and open for the 2018 summer season. Construction starts during ICO and will be broadcasted live.

Villas will provide their guests with the highest rate of luxury and privacy, while still being accessible and connected to the infrastructure. The first street is built on a premium location, in the south-west of the Island of Krk, and is connected with nice roads, markets, fine restaurants, beautiful beaches, and much more. The island itself is well connected, accessible via highway from the EU, and has its own airport and multiple ports. The street will be private, accessible only to xaurum users, and will include the possibility of luxury car rental, yachts, boats, and drone deliveries.