Cryptocurrency exchange Changelly, in collaboration with Enjin, has announced that they will launch a Changelly-branded blockchain explorer to provide users with a seamless, ad-free experience for verifying transactions. 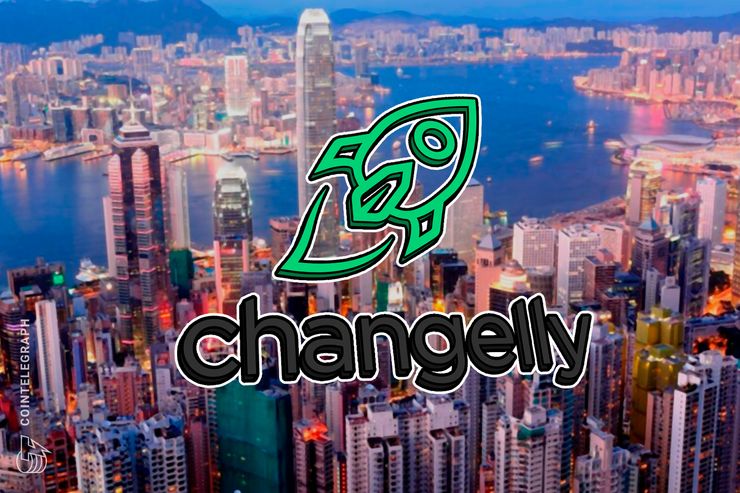 18 March, HONG KONG — Cryptocurrency exchange Changelly, in collaboration with Enjin, has announced that they will launch a Changelly-branded blockchain explorer to provide users with a seamless, ad-free experience for verifying transactions. After designing the customized version of EnjinX, Changelly and Enjin are continuing their collaboration to create “Major Tom,” a new Ethereum blockchain collectible that will be playable in 22 Enjin-powered games.

To celebrate the launch of their custom blockchain explorer, Changelly is hosting a giveaway starting March 19, for which they will create and distribute ERC-1155 blockchain assets to all participants. These Ethereum-based assets will be supported by and playable in highly-anticipated blockchain games War of Crypto, Age of Rust, Bitcoin Hodler, Cats in Mechs, ReBounce, and AlterVerse, a network of 17 interconnected games — meaning participants who receive these unique Changelly tokens will be able to use them across 22 different gaming worlds.

Thanks to the transparency of the blockchain and their uniform data structure, ERC-1155 tokens are interoperable, so any app or platform can access the data required to support them. This means any developer can choose to support assets like Changelly’s Major Tom, so there's no limit to the number of games that could ultimately support similar popular tokens — or the innovative ways such decentralized assets will move between games, apps, and websites in the future.

Powered by EnjinX, Changelly and Enjin have designed the new custom blockchain explorer to provide a frictionless experience for Changelly users to verify their transactions. After purchasing or trading cryptocurrencies on the Changelly platform, users can fluidly verify their Ethereum transactions on changelly.enjinx.io — without ever noticing that they’ve left changelly.com. While providing Changelly users with an improved, more efficient experience, this will also help Changelly increase brand loyalty.

Changelly is a non-custodial instant cryptocurrency exchange. We act as an intermediary between crypto exchanges and users, offering access to 130+ cryptocurrencies. The company mission is making an exchange process effortless for everyone who wants to invest in cryptocurrency. Operating since 2015, the platform and its mobile app attract over a million visitors monthly who enjoy high limits, fast transactions, and 24/7 live support.

Changelly offers its API and a customizable widget to any crypto service that wishes to broaden its audience and implement new exchange options. Changelly partners with MyEtherWallet, Exodus, Binance, BRD, Edge, Coinomi, Trezor, Ledger, Enjin, Coinpayments, Huobi Wallet and other well-known players in the crypto industry.

Since its founding in 2009, Enjin has been deeply involved with the gaming industry. The same year, the company launched a gaming community platform called the Enjin Network and has grown it to more than 20 million users over the course of a decade. In 2017 following a successful ICO that raised $23 million, Enjin established itself as a leading blockchain ecosystem developer, building a suite of user-first blockchain products that enable anyone to easily create, manage, trade, store, explore, distribute, and integrate blockchain assets.

Built on top of a robust on-chain infrastructure and comprised of the Enjin Platform, Explorer, Wallet, Beam, and other tools and services, the Enjin ecosystem empowers gamers with true ownership of digital assets and enables game industry businesses to increase revenue, gain a competitive edge, and innovate in previously impossible ways. Forged in gaming, Enjin’s tools and services can also be used by companies of all sizes and industries seeking to create blockchain products or utilize tokenized digital assets as part of their acquisition, retention, engagement, and monetization strategies. The Enjin ecosystem is fueled by Enjin Coin (ENJ), an Ethereum-based cryptocurrency used to directly back the value of next-generation blockchain assets.