The world's first decentralized blockchain-based state Decenturion will be presented at the Consensus 2018 conference in New York.

The world's first decentralized blockchain-based state Decenturion will be presented at the Consensus 2018 conference in New York. 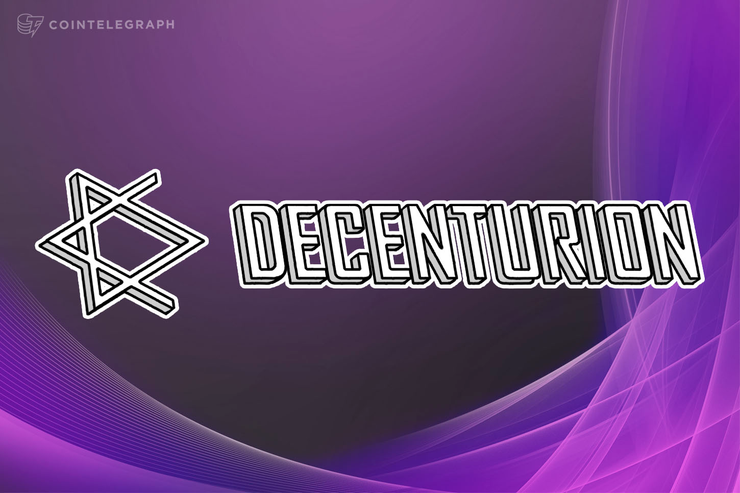 The world's first decentralized blockchain-based state Decenturion will be presented at the Consensus 2018 conference in New York. For the first time in the history of mankind it will not be the people handing over their earnings to the state in taxes, but, on the contrary, the state will generate income for its citizens!

Operating on blockchain technology, Decenturion's economy will be dependent on two separate, irreplaceable and complementary types of residents:

A citizen as a physical resident; and
A startup as a legal resident.

In Decenturion each citizen is assigned a role, whose significance is determined by the number of Decenturion tokens that the individual owns. Decenturion values its citizens so highly that instead of paying taxes to the new state, they will receive the new market’s assets for free in the form of the tokens of startups admitted to Decenturion.

The first citizens of Decenturion will be the top 100 names in the blockchain world and the most important journalists covering the sector. Based on projections, each resident of the country can expect an income of 15,000 dollars a year or more.

The first passports will already be issued at the conference in New York, and will grant their holders the following benefits:

In the case of Decenturion startups – this is a space where they will be able to transfer their tokens to the citizens of the state, thereby enabling them to attain their business targets, exceeding many times over the results of a traditional ICO. This is due to the fact that when they transfer their tokens to the residents of Decenturion, the startup gains access not only to users, but also to token distributors and evangelists interested in selling the startup’s tokens, while at the same time ensuring their own prosperity and the flourishing of the economy. Decenturion’s citizens will prioritize startups whose tokens can already be used today as a real instrument backed by a product.

The tokens of the state of Decenturion will serve as the currency used to acquire the passports of citizens. One Decenturion token is sufficient to pay for one Decenturion passport. These tokens will be distributed for free upon their issue. Based on projections concerning the potential number of Decenturion citizens, there are plans to issue 30,000,000 tokens.

The new country’s ideology is not to create the most populous state - it focuses instead on qualitative characteristics (level of income, education, IT/blockchain literacy, professional competencies, etc). The forecast income per citizen will equal USD 15,000 a year and up.

Relations between the country and its citizens are regulated through a smart contract. To become a citizen, the user must activate the Decenturion passport that he or she has received. After activating the passport, the new resident receives a hard-copy passport, a personal web page (landing page) in the state’s overall internet community, and a manual on how to participate in economic activity.

When entering Decenturion’s domestic market, startups offer their tokens for distribution free of charge among all the country’s citizens pro rata to their share of Decenturion tokens. Residents are entitled to decline the tokens on offer or to accept them and place them on their landing pages for sale. The tokens of startups may be sold at a price that they establish at their own discretion. The liquid cryptocurrency gained from the sale of the tokens becomes the profit of the citizen. However, on the territory of Decenturion this profit is not taxed or subject to any commissions in the country.

The startup, as a new legal resident of Decenturion, has access to a vast audience – millions of potential users, hundreds of thousands of resellers, tens of thousands of citizens who promote the project and thousands of professional consultants.

The cost of a marketing campaign of similar scope and economic result could reach tens of millions of dollars. However, in Decenturion’s economy startups receive all this free of charge.

Today Decenturion is using instruments of direct democracy, enabling citizens to regulate fully and independently the political, economic and social lives of the world’s first blockchain-based state, both virtually, and also beyond its borders.