Enjin has announced its pre-sale event for Enjin Coin (ENJ), digital tokens that offer gamers and game publishers the power to add virtual goods and value to their games and communications. 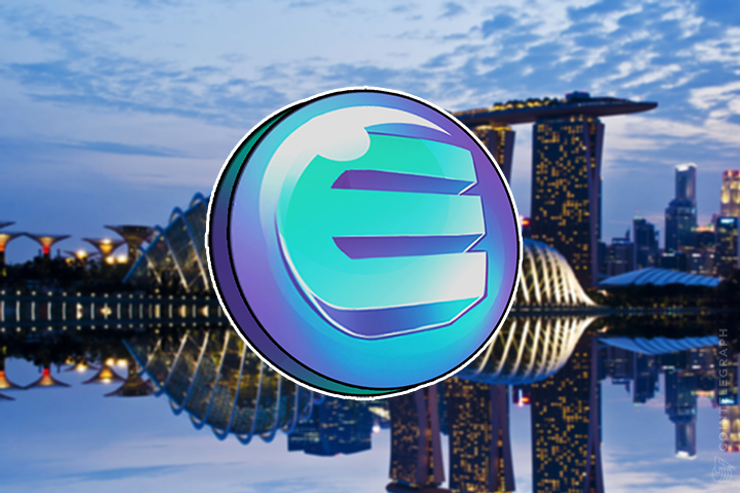 SINGAPORE, August 24, 2017 — Enjin has announced its pre-sale event for Enjin Coin (ENJ), digital tokens that offer gamers and game publishers the power to add virtual goods and value to their games and communications.

“Enjin is bringing cryptocurrency to the masses," said Enjin Coin CEO Maxim Blagov. “We have the largest community platform for gamers in the world by making virtual items and currencies easy for users to use in games or on the web.”

Payment in ether (ETH), the native token of the Ethereum blockchain will be accepted for both the pre-sale and public sale.

The public crowdsale will run from Oct. 3 to Oct. 31, unless all tokens have been purchased before the end date. A total of 400,000,000 ENJ will be available to the public during the public sale phase.

The remaining 20 percent of tokens will be retained by Enjin, with 10 percent to be allocated for the organization’s core development team and advisors. The remaining 10 percent will be put toward strategic partnerships, Enjin communities and other marketing efforts.

“Giving real ownership and rewarding creators will become part of the gaming culture who use cryptocurrencies on a daily basis,” said Blagov. "It is a tremendous opportunity to be able to help shape the digital currency landscape and have Enjin Coin swiftly gain adoption among our millions of highly-engaged gamers.”

Enjin is the largest online gaming community creation platform with more than 18 million users.  Launched in 2009, their platform has powered over 250,000 gaming communities and transacts millions in sales, per month, for virtual goods across community stores.

Enjin Coin will be integrated into the Enjin platform supported by a payment platform and wallets for its users.

Enjin is the largest gaming community creation platform​ online with more than 18 million users. The company, based in Singapore, was launched in 2009 and now sees more than 60 million global views a month. Enjin now sees millions of USD per month in virtual good sales.