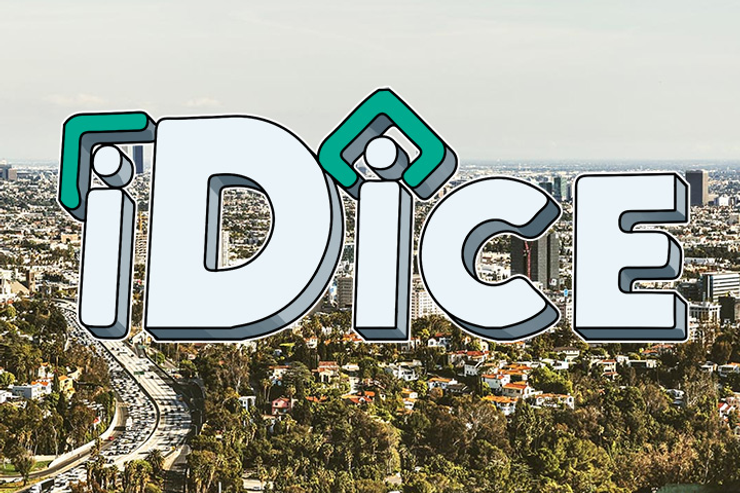 June 12, 2017, Los Angeles - The iDice crowdsale is now live. Anyone can invest in the iDice crowdsale with contributions of Ether. iDice has been billed as the first mobile gambling app in the World. It's beta release has generated 760 ETH, which is equivalent to $300,000USD, in user profits without any promotion or marketing within its first 2 months. Industry experts are calling it one of the most successful blockchain startups of this year.

With their upcoming mobile app, the iDice founder, Jordan Wong, hopes to take the iDice platform to new heights. The new app is set for launching once the ICO concludes.

Ethereum's market share is fast catching up with Bitcoin, bearing in mind that its services are still under development, which means that iDice's timing is perfect. For crowdfund investors, it’s an excellent opportunity to get in on Ethereum's growth, even after its price got a massive rise. Right now in the industry, Ethereum is the second-most valuable cryptocurrency right now. It’s already over half the market cap of Bitcoin, and still growing. Jordan Wong, The CEO and Founder of iDice Said:

"Ethereum is exciting. Its market cap was a fraction of Bitcoin's just a year ago. Now its worth is more than a half."

Blockchain Gambling App: The Future of Blockchain Is Mobile Development

The strategy of iDice aims to target mobile users as compared to competing in the desktop marketing platform. As we speak, there isn’t even a single gambling app that mobile devices can use. The creator of iDice, Jordan Wong, believes that one untapped market is the mobile segment, which means that for iDice, it’s a tremendous opportunity.

"According to studies, mobile devices account for the majority of internet traffic. It means that within a short period, mobile apps are going to grow immensely popular. Compared to any other platform, people spend a majority of their time on their phones. The future of blockchain technology, in my thinking, is on mobile devices."

The figures point to a convincing story. According to reports, an estimated 60% of all searches originate from mobile devices. In 2016, the amount of internet traffic that originated from mobile devices was more than that from desktop platforms, and the number is still growing. Despite the increasing popularity of startups that focus on mobile app blockchain, the gambling industry doesn't have a mobile app of their own.

The ever-increasing total number of mobile users makes the mobile device blockchain gambling segment one untapped market that has a potential for massive growth. The opportunity that these mobile apps represent is one area that Jordan emphasized.

"Existing gambling Dapps are ignoring the large market of mobile app users. About 57% of all internet traffic comes from cell phones. It's a huge untapped market that has a high potential to be successful. We're the only industry experts that have come up with a mobile app that targets blockchain gambling. In this aspect, we’re also months ahead. We’ll have the monopoly when it comes to the mobile app sector."

The iDice team members have set their sights on dominating this sector. This year, the launching of the iDice mobile app late Q3 will grant the iDice company a monopoly of the gambling market's mobile blockchain. The result is that their brand will get established as the market leader for years to come.

iDice, an Ethereum dice game, has been created as a decentralized application on top of the blockchain. The user sends bets to this service, which generates a random result that decides if you have won or lost the bet. All the bets can be verified while the application is fair. It doesn’t need any manual intervention since the entire process is automatic.

iDice’s contract provides the best standard of transparency and is an entirely open source on the blockchain. Traditional casinos and dice games, such as Bitcoin, haven’t been able to provide such a high level of transparency. This platform ensures that funds can’t be held by any third party for use in any manner. Further, any contract that’s published on the blockchain can't be modified or removed by people. These measures eliminate the risk of stealing or hacking by a third party.

The money raised from the crowdsale will be used to push iDice development out of its beta and fund the house bankroll. Their mobile application, which was released in the early quarter of this year, is one of their most attractive points. Token holders can claim their profits from the iDice's mobile app. The tokens will be heavily discounted in the first hour or power hour. For instance, you’ll be able to get 200 tokens for 1 ETH. The roadmap has more plans to introduce additional games on top of the blockchain, including Poker and Blackjack.