Ethereum Wallet by Freewallet is Back in Google Play Market

Ethereum Wallet by Freewallet on Android, one of the first Ethereum wallets with the largest current user database is finally back and available for download on Google Market. It has been missing from the Play Market for almost a week and the Freewallet team would like to explain the situation and elucidate to its users why it happened. 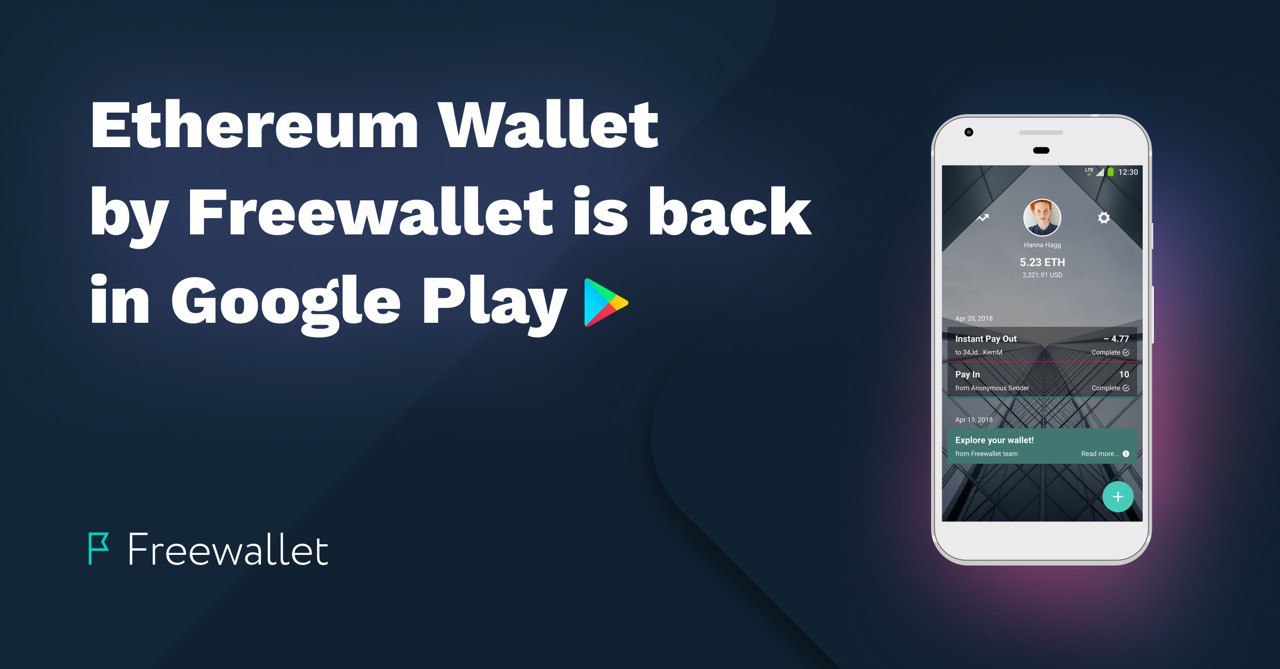 On October 22nd Google removed Freewallet’s Ethereum Wallet from Google Play Market. We contacted Google’s team immediately after this happened and they explained that they had taken our app down because they assumed that the Freewallet app violated their Impersonation and Intellectual Property Policy by using the Ethereum Foundation’s content.

Freewallet deeply appreciates Ethereum Foundation's prompt response and immediate action and the great support they provided in resolving this issue.

We are very happy to announce that our most popular wallet is available for download on Google Play Market again and our team welcomes new customers with open arms! We also hope existing users continue to enjoy using it and we would like to point out that none of the existing users were affected by this situation.

Freewallet is a digital currency wallet with a built-in exchange for web, iOS and Android devices for a total of 25 different cryptocurrencies, including Bitcoin, Ethereum, XRP, Dogecoin, Monero, and Eos. The Freewallet family includes Multiwallet (iOS, Android, and web version), 30 wallets each tailored to individual coins and Freewallet Lite (an HD-wallet on iOS and Android).