Skincoin - universal cryptocurrency based on Ethereum for online gaming announces the launch of its ICO, starting June 21, 2017. 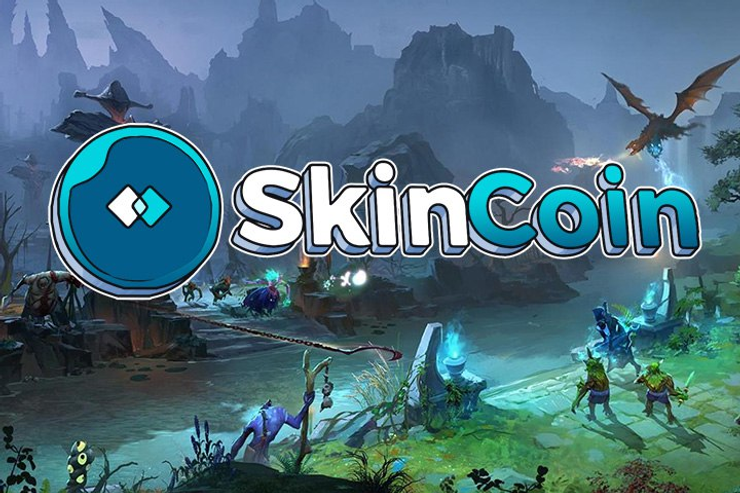 Skincoin - universal cryptocurrency based on Ethereum for online gaming announces the launch of its ICO, starting June 21, 2017.

June 19, 2017, City, Country: The cryptocurrency developed specially to cater to the needs of the online gaming community has started offering its Skincoin tokens (SKINs) to investors as part of its upcoming crowdsale. The month-long Skincoin ICO starting on June 21, 2017, will go on until July 21, 2017, during which 600 million SKIN tokens will be made available for purchase at a price of 6000 SKIN/ 1 ETH. The Skincoin platform intends to raise a total of 100000 ETH during the crowdsale.

Skincoin is an initiative of Alexey Zakharov and Igor Solomatin, along with well-experienced teammates who have been involved in the eSports gaming industry for a while now. The team has been working on their own “highly loaded” marketpace and gaming projects in cybersports area with a turnover of more than $1 million per month. Their involvement in the gaming industry has made them realize the potential of cryptocurrency in the game skins, in-game economy, and online betting market.

With Skincoin, gamers can instantly trade skins of some of the popular games like Counter-Strike: Global Offensive, DOTA 2, Team Fortress 2 and more. Also, the very cryptocurrency can be used to place bets on eSports events. With the primary focus on game skins and eSports gambling, Skincoin is currently targeting a market worth upwards of $3.3 billion involving the active participation of millions of gamers.

Skincoin is initially focused on a niche gaming sector, mainly involving trading and wagering of skins and other in-game digital goods. Eventually, the cryptocurrency intends to take the center stage as the go-to cryptocurrency for online gaming related needs. The company's vision places SKIN tokens as the accepted means of exchange of value for gaming and betting services including categories like eSports, Jackpots, casinos etc.

The creators of Skincoin are building a strong partner network as they create an entire ecosystem around SKIN. The cryptocurrency can be used for transactions on these partner sites. In the coming months, the platform will take the ecosystem building process a step further by launching an exchange platform where people can trade game skins for Skincoin and vice versa. There will be a difference of 10% between buying and selling of digital goods on the exchanger.

Soon, the Skincoin team will introduce APIs for accepting SKIN payments on third party game services. Eventually, the Skincoin team will be launching their own betting platform where players will be able to wager the cryptocurrency on various eSports. By becoming the preferred medium of exchange in the gaming segment, Skincoin looks forward to placing itself in the centerstage, connecting betting services, gaming services, marketplaces and online gaming stores with itself and each other.

The Skincoin platform has set the maximum cap for the tokens at 1 billion. Out of the total, 600 million SKINs will be made available to crowdsale investors, 300 million will be set aside with SKINCOIN Foundation until the launch of its official exchange so that it can be exchanged later for game skins, creating a stable market in the process. The remaining 100 million tokens will be distributed among the team members for the next 5 years.

The SKIN ICO is a ETH only crowdsale and those investing in the platform during the first two days stand to receive a 20% bonus. The minimum ticket size for participation is 0.1 ETH (600 SKIN) and maximum 3000 ETH (18 million SKIN).

More information about the crowdsale and the platform is available on the platform's website.