Polkadot co-founder and Parity Technologies chief architect Gavin Wood joined hundreds of the most talented engineers and developers in Web3 at Sub0, the conference for Polkadot developers.

Wood gave an impromptu keynote address providing insights into how the various upgrades already flagged for the network would play out in 2023. In particular, he focused on XCM, the network’s cross-channel and cross-consensus messaging protocol, and OpenGov, the new agile, more decentralized governance process for the network.

A rapt capacity audience — around half of whom were new to the ecosystem and had declared an interest in building on Polkadot — were engrossed by Wood’s surprise address. 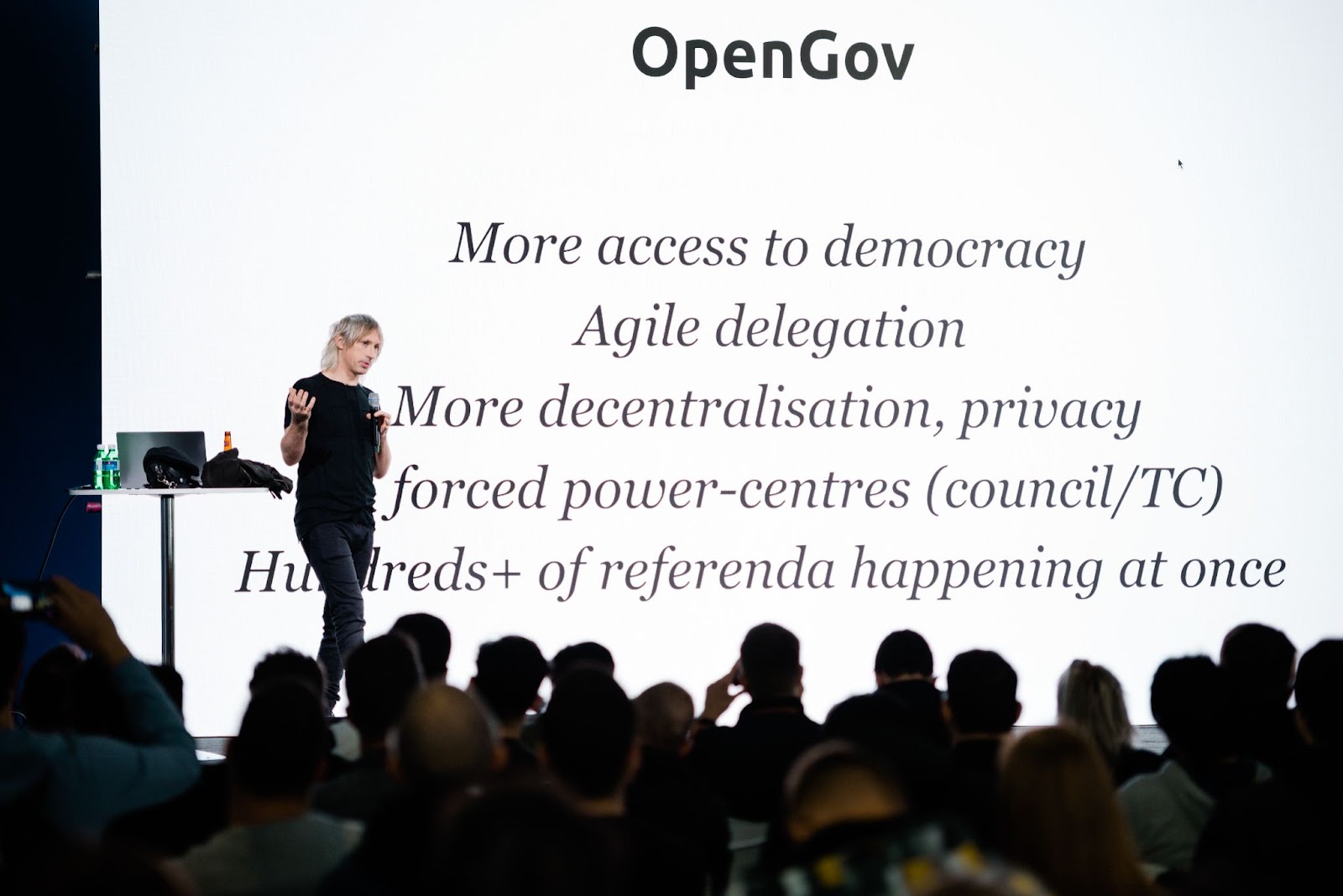 Parity’s newly appointed CEO Bjorn Wagner had earlier kicked off the two-day meeting at Lisbon’s LX Factory with an introductory talk before a busy agenda featuring breakout sessions, Q&As and developer workshops wound into gear. Many of the agenda items demonstrated the breadth of use cases being explored by Polkadot developers via XCM as they continue to be among the busiest in Web3. Data from Santiment shows over 14,000 developer contributions on the Polkadot network for every month between August and November 2022.

While some of the talks were explicitly targeted at developers with strong experience of Polkadot, its software development kit Substrate and the Rust programming language, there was also plenty of explanatory material for those still learning about the network.

Some of the event’s highlights include:

Staffed by some of the world’s leading blockchain innovators, core engineers, Rust developers and solutions architects, Parity Technologies has offices in Berlin, London and Lisbon. It launched Polkadot in tandem with Web3 technology.