It has been a big month for New York City-based Gizer. The global gaming network recently launched the presale of its initial coin offering (ICO) – GZR – an ERC20 token that will power its entire gaming community. 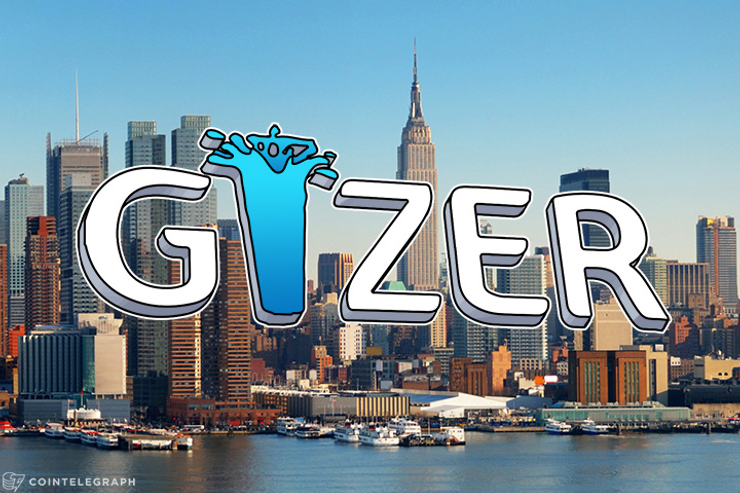 It has been a big month for New York City-based Gizer. The global gaming network recently launched the presale of its initial coin offering (ICO) – GZR – an ERC20 token that will power its entire gaming community. The presale came mere days after Gizer catapulted to No. 1 on ICO Bench, an online ratings portal from top investors and experts.

To understand what Gizer is all about, we’ll go straight to the source. In a recently released whitepaper, the company defined its value proposition as follows:

“There is no network to fuel the competitive gaming and eSports economy. Competitive events are the pinnacle of entertainment, yet there is little infrastructure in place to grow competitive communities. Gamers can’t find quality events quickly enough. They are discouraged to host events due to the lack of ecosystem structure.”

Despite being a highly lucrative industry, eSports has yet to provide people with the opportunity to monetize their skills. As Gizer notes, gaming is a rapidly growing phenomenon with many segregated players all over the world. Although these players have created local networks, they lack the infrastructure to support all the opportunities the eSports world offers. Gizer fills the void by offering a real-time digital network that links gamers, hosts and services within the eSports community. Gizer has position themselves to be a more decentralized “Linkedin” of the gaming realm. Market participants converge on the Gizer network to conduct business by leveraging the latest advances in blockchain technology.

Gizer’s emergence is in perfect harmony with the seismic shift toward mobile gaming. The growing penetration of mobile devices has created a global gaming community that numbers in the several billion. As a result, mobile gaming has emerged as one of the most lucrative tech markets in the world. That’s exactly what global research firm NewZoo concluded in its most recent Global Games Market Report.

According to NewZoo, there are 2.2 billion gamers across the world generating some $109 billion in revenue. That’s just revenue, which is only one aspect of how the Gizer network plans to monetize itself. Looking at eSports specifically, we see a market that’s expected to top $1 billion by 2019,  with global brand spending in the sector projected to reach $800 million.  During this time, there’s expected to be something like 215 million eSports enthusiasts watching regularly, plus an additional 212 million “occasional viewers. Clearly, the buzz surrounding eSports is well justified.

The Gizer token (GZR) was developed on the Ethereum blockchain, the world’s No. 2 digital currency by market capitalization. GZR creates seamless integration across multiple gaming platforms, allowing gamers to use their tokens to unlock their Gizer Global Gaming Identity (GG ID). The GG ID is essentially a profile created on the Gizer platform that can be accessed by game developers who adopt the GZR technology.

“Just how big is esports? Here are 10 facts that illustrate its growth.”

The GG ID consists of three parts: a customizable avatar, gamer tag and gaming statistics. Unlocked tokens are applied to the gamer’s avatar, allowing them to power up and gain prestige within the gaming community. The GZR token itself will be used to pay for commission and other fees while operating on the Gizer Network. Gizer launched the official mobile app via iOS in September. Android open beta testing is is also available on Google Play, with web application and localization in various languages expected to continue for the remainder of the year. By early next year, the Gizer Network is expected to have a strong user base and begin widespread adoption.

The Gizer team, which is led by Jack Lamir, Gabriel Steinberg, and Jonathan Kerstein, recently announced a GZR token presale to accredited investors through SAFTLaunch. The sale will go public on Oct. 20. The SAFT presale cap is $6 million, and the public crowdsale limit is $12 million, for a total raise of $18 million. Each token will be valued roughly at $0.25 USD, with 70 million tokens available for sale. Investors can learn about the Gizer project, download the app and register for the SAFT presale directly via SAFTLaunch.