XTRABYTES is a project that most people have never heard of, yet it has the potential to render all of the top cryptocurrencies obsolete. 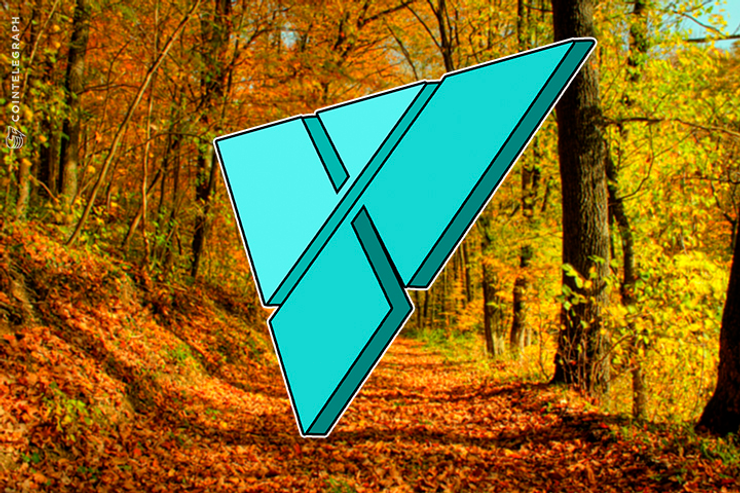 XTRABYTES is a project that most people have never heard of, yet it has the potential to render all of the top cryptocurrencies obsolete. XTRABYTES is a completely decentralized, secure platform that has real world use, as it is scalable, with a transaction volume capacity that is head and shoulders above other crypto platforms.

The XTRABYTES platform is designed to be built upon through D-Apps that can be written in nearly any programming language. From the X-CHANGE, a decentralized cryptocurrency trading platform (DEX), to the X-VAULT, a secure, encrypted data storage, XTRABYTES offers it all.

It should be noted that XTRABYTES is NOT an ICO, but a community coin with a brand new blockchain solution and novel consensus algorithm.

Anyone looking for a more detailed overview can go directly to the XTRABYTES website and read more.

With modern day Bitcoin mining monopolized by the few that can support the hardware and electrical costs, it is becoming more and more centralized, alarmingly increasing the possibility of a 51% attack.  This catastrophic scenario, while unlikely, has the potential to completely unravel Bitcoin.  In addition, Bitcoin mining and PoW cryptocurrencies in general consume a great deal of energy.

In response, the main developer of XTRABYTES, Zoltan Szabo, has created a unique, revolutionary blockchain solution known as the Proof of Signature (PoSign) consensus algorithm.  In addition to being eco-friendly, the core protocol is based on an initial 512 decentralized STATIC nodes (which will slowly expand to an even more decentralized 3,584 STATIC node network) that solves the 51% attack dilemma.

For more detailed information on the project as a whole, please read the Bitcointalk Announcement.

What Are STATIC Nodes And What Are The Advantages To Owning A STATIC Node?

STATIC nodes secure the network, as they all sign off on transactions, while providing a bedrock for everything built on top of the platform.  See the White Paper for more information on the technical details of how the STATIC nodes function in conjunction with everything else, like the VITALS and the PULSE.

STATIC node holders earn transaction fees and service fees from modules that are built upon XTRABYTES, giving them the economic incentive to operate a node.

As more STATIC nodes are registered with XBY, the native currency of the platform, the amount of circulating XBY decreases, eventually to around 100 million XBY.  Assuming there is an increase in demand, along with a decrease in supply, XBY would appreciate in value.  As this takes place, individuals who hold XBY would benefit, as would STATIC node holders, as they continuously collect transaction fees and service fees from modules, while their node increases in value.

XTRABYTES Was Designed With Security In Mind

XTRABYTES offers SHA-512 encryption that is theoretically considered to be quantum resistant with its novel PoSign algorithm.  As technological advancements continue, security protocols may be upgraded with ease to overcome developing security threats.

XTRABYTES Transactions Are Fast And Scalable

There is a well known problem in the crypto world that the blockchains don't have the transaction capacity to be of real world use.  In a world where Visa/Mastercard has the potential to perform far more than 2,000 transactions per second (tps), how can Bitcoin or Ethereum ever compete?

The goal of the XTRABYTES protocol is to hit 10,000 tps in order to be capable of handling the transaction capacity required to facilitate virtually unlimited consumer growth.

Is 10,000 transactions per second possible on the XTRABYTES protocol?

In early stage test net, with a micro network in place, the XTRABYTES test crew were able to hit 40 times the speed of Bitcoin transactions, a significant milestone on the journey to hitting the 10,000 tps goal.

Build Upon The XTRABYTES Platform

The novel idea that took Ethereum from less than $1 to over $300 a piece was based around building Smart Contracts and ICOs onto their platform.  XTRABYTES expands on this concept even further by allowing third party developers to build agnostic coded modules in nearly any programming language right onto the XTRABYTES core.  This means that programmers with nearly any level of experience can create D-Apps in Visual Basic, Java, C++, and more.

This is the major use case for XTRABYTES, as developers are at liberty to create decentralized exchanges, ICOs, encrypted messaging platforms, decentralized storage, and nearly anything else they can think of right on the core protocol.

In the words of Zoltan Szabo, the main developer:

XFUEL - Funding The Development of XTRABYTES

A cryptocurrency project such as XTRABYTES is no small undertaking and there are plenty of people behind the scenes contributing to it.  XFUEL serves as a way to fund this large undertaking, while encouraging even more developers to participate in this project.  Offering a monetary incentive to push the XTRABYTES project forward is a real world solution where participants are paid for the hard work and time they put into this project.  If you want to be a part of this project or have questions, join us in the Slack or on the Bitcointalk discussion.

The XTRABYTES platform also offers the X-VAULT, a storage D-App that allows for secure data storage in shards across the network.  This means that data is encrypted and divided among the network of STATIC nodes for optimal privacy and security.

Other projects including X-CHAT, X-PAY, X-CERT, and X-DEAL are all in development and coming soon.

Since the XTRABYTES project is still in its infancy, it is highly undervalued at the moment.  With the potential to unseat the top cryptocurrencies on the market due to its innovative tech, XTRABYTES is the most exciting project in the industry right now.  Since XBY isn’t even traded on any major exchanges yet, early adopters have been purchasing it on Cryptopia, C-Cex or Nova Exchange.

After purchasing XBY, it can be transfered to the desktop wallet for Windows, Mac, and Linux that can be downloaded from the official website.

Again, anyone who wants to read more or ask questions can go to the Bitcointalk discussion or join us on Slack.