Today HitBTC, one of the top 5 exchanges by volume, has supported Bitcoin Gold fork, opening BTC, ETH and USDT markets for futures trading, which closely followed their last week’s decision to enable 3 trading pairs for the upcoming SegWit2x hardfork tokens. 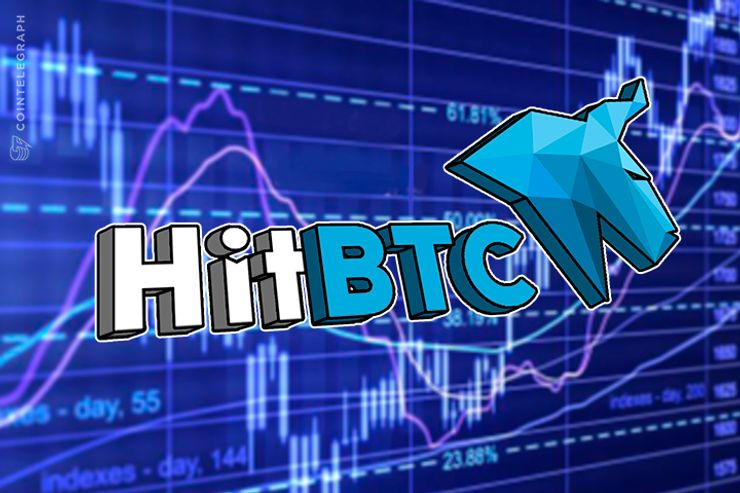 Today HitBTC, one of the top 5 exchanges by volume, has supported Bitcoin Gold fork, opening BTC, ETH and USDT markets for futures trading, which closely followed their last week’s decision to enable 3 trading pairs for the upcoming SegWit2x hardfork tokens.

The exchange has announced that all clients currently holding Bitcoins on the exchange will be credited the equivalent amount of BTG tokens within 24 hours. Trading pairs for Bitcoin Gold futures are already live and include BTC, ETH and USDT.

Last week HitBTC has also launched trading for the future chain split tokens of SegWit2x, which they titled B2X and promised that all traders with Bitcoins on their accounts will receive the exact amount of the introduced currency at the moment the hard fork happens.

“Regardless of our stance on the new chains, HitBTC believes that as long as they appear and the blockchain evolves, crypto technologies are moving forward,” states the CPO of the exchange Paul Clarkson. “Our utmost goal is to give our clients the opportunity to choose while ensuring that they can safely store their Bitcoins on our platform during the forks and stay calm about their assets.”

The exchange already has an experience of successfully supporting Bitcoin fork Bitcoin Cash this year and the platform pledges to provide the same smooth and swift transition for the current and the forthcoming forks.

Bitcoin has been facing two hard forks before the end of this year. Bitcoin Gold with its ambitious plan to bring Bitcoin CPU and GPU mining back to miners, has reached the snapshot block today.

SegWit2x, according to the agreements signed by the community's majority this May, continues to carry out the changes that should eventually result in doubling the block size to 2MB. It is troublesome to predict the outcome of this hardfork, which is most likely to happen in the middle of November, leaving room for speculation for traders.

HitBTC is the global innovative trading platform with multi-currency support, high liquidity and low fees, operating since 2013. Aiming to stay at the forefront of crypto world, they list promising ICOs and popular tokens every week. Provided with rapid powerful API and outstanding matching core engine, HitBTC traders are able to significantly enhance their trading experience.