The introduction of new borrowing-adjusted mechanisms that have never been seen in DeFi protocols is set to disrupt the market.

2020 was the year of decentralized finance, especially when considering the dynamics of the sector. The major growth that DeFi lending protocols experienced resonated in a strong consumer interest with around $14.4 billion in total value locked in such protocols at the end of 2020. As with most innovations, the demand for technologically improved and problem-solving projects continues to rise.

Holdefi is one of the latest decentralized lending protocols empowered by smart contracts. Major investments in improving security features are part of the organizational culture of Holdefi in order to meet the highest security standards. The company even takes that step further through cooperation with Ethereum and OpenZeppelin for audits, bug bounties and tests.

The innovations of Holdefi’s lending protocol 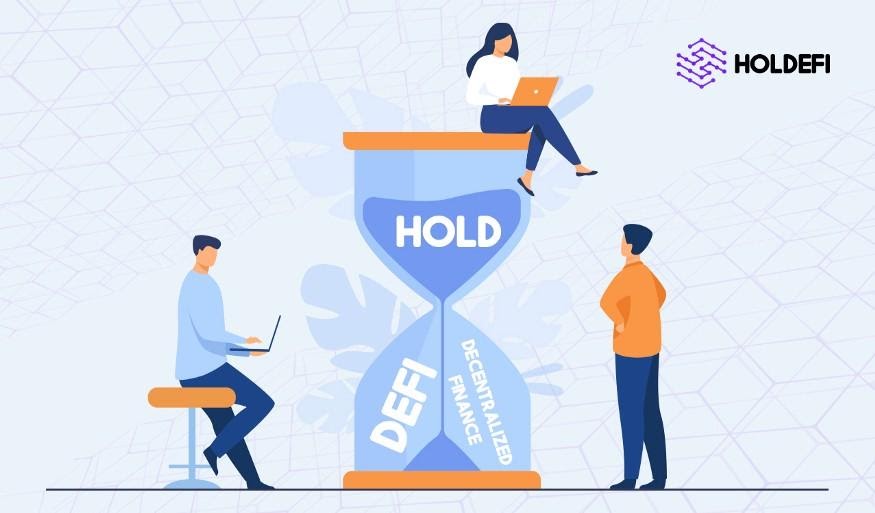 Holdefi is an open-source, non-custodial and Ethereum-based lending protocol, allowing users to function as suppliers and borrowers. The key functionality of the protocol is similar to lending funds from a traditional bank, but the need for an intermediary is completely eliminated.

While borrowers have to put collateral in order to borrow funds on one side, we have lenders on the opposite side, who must deposit their collateral to generate profits. Multiple cryptocurrencies are supported, including stablecoins like USD Coin (USDC), Dai, Tether (USDT), True USD (TUSD) and Binance USD (BUSD).

Borrowers are provided with better rates than what other landing protocols could offer through the newly introduced borrowing-adjusted mechanism. Based on this mechanism, interest rates are defined not only internally but through a comparison with and an adjustment to other similar platforms. This way, borrowers can repay their debt at more attractive and stable rates. The interest received from the borrowers is distributed among the suppliers according to the amount they have provided. The supply rate is, therefore, automatically calculated based on the total supply in the protocol. The mechanism can increase the supply rate through a promotion rate.

Another unique mechanism is the supply and collateral pools separation, which functions as a protection of users’ assets, and at the same time, it assures borrowers.

Centralized institutions’ main advantage against DeFi is the provision of safety to users’ collateral. In cases of hacks, breaches, losses or other incidents, users’ assets are protected. Through this mechanism, collateral remains intact by using separate decentralized channels. Pools separation also enables withdrawing collateral at any time instead of waiting for liquidity to become available, as it is with other DeFi platforms. 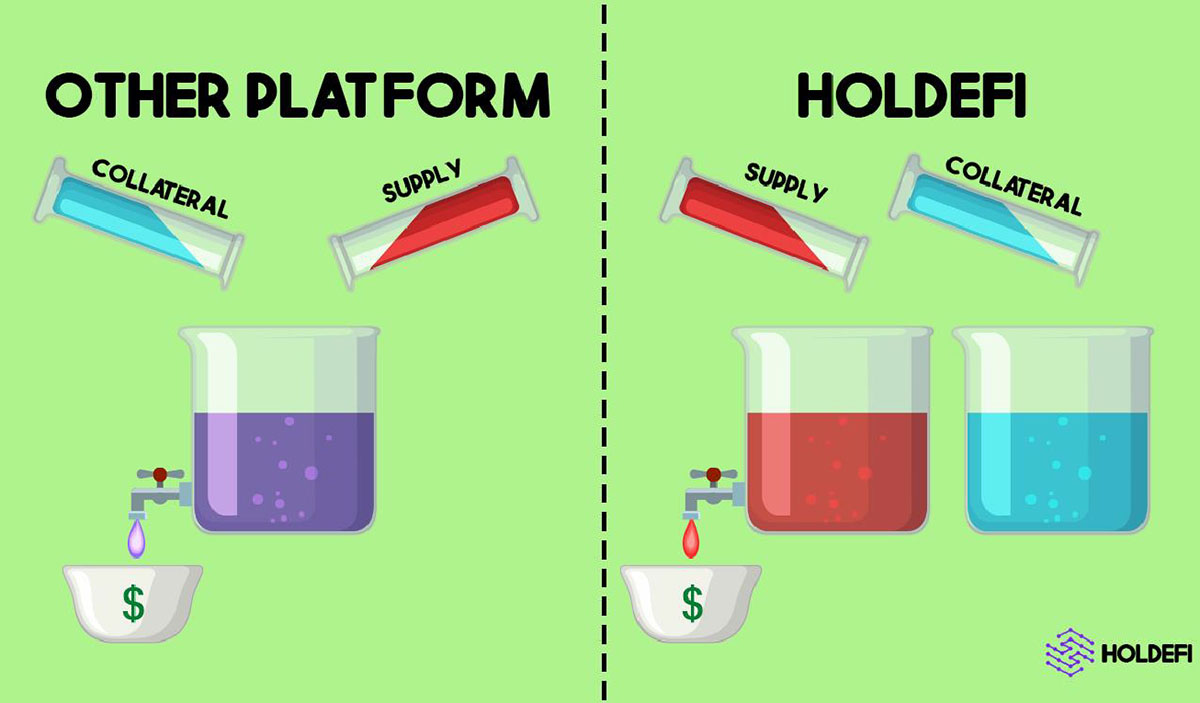 Unlike ordinary referral systems, Holdefi uses an on-chain, transparent and traceable referral program that is driven by the power of blockchain technology. This feature can attract new platforms and partnerships to the protocol, which will help the ecosystem to grow rapidly.

As an open-source project, the company allows developers to build applications on Holdefi’s protocol, which is expected to launch several apps in the near future. For that reason, proxy smart contracts and smart features, such as Flash Loan and Time Lock, will be deployed very soon by Holdefi’s team.

The protocol aims to become fully decentralized, which requires the issuing of a native token. The token will transform the community as the sole decision-maker in the advancement and governance of Holdefi.

The native token of Holdefi, HLD token, allows token holders to participate in the project’s governance through supporting a vote delegation process. HLD holders can discuss, propose and vote on future changes to the protocol. Changes can include modifying asset-specific requirements, usage of tokens, new asset proposals, liquidity mining and others.

The token sale is in its early stages, and everyone interested can take part in the private governance token sale. The total token supply of HLD is set to 100 million, of which, 3 million tokens are allocated to a seed fund with a vesting period of one year. The public sale will enable purchases of 13 million tokens, while the number of tokens available for the private sale is limited to 11 million. Holdefi has also allocated 20 million HLD tokens in its foundation and 47 million HLD in the Ecosystem Growth Pool.

Private investors can buy HLD tokens at a heavily discounted price of $0.49 per token. The price will increase to $0.625 per token for the public sale stage.