The NFT collectibles were created based on Hong Kong films exclusively authorized by Mei Ah Entertainment Group, a Hong Kong-based entertainment and distribution company that owns the largest number of copyrights and IP rights for classic Hong Kong movies, with an extensive library of more than 600 movies, such as The Silent War, The Grandmaster and See You Tomorrow.

Cryptyques aims to create an emotional connection with people through NFT products and set the tone for Web3-era entertainment, fostering a community for movie enthusiasts, industry leaders, collectors and artists with a hybrid of online and offline engagement. Members can participate in a vast range of community-exclusive activities such as movie screenings, film-set visits, talks and panel discussions, first access to movie premieres and film festivals.

Cryptyques is curated and led by the renowned Hong Kong-based photographer and director Wing Shya in collaboration with a Hollywood production crew that participated in productions such as X-Men and Transformers.

The team uses 3D-animated production techniques to recreate classic moments from Hong Kong movies. Since 1997, Shya has been appointed by film director Wong Kar-wai as still photographer and graphic designer. They began collaborating with Wong on the films Happy Together, In the Mood for Love, Eros and 2046.

Shya was also the first photographer to hold a solo exhibition at the Mori Art Museum in Roppongi Hills, Japan.

Trailer for the “Desire” NFT series

“Cryptyques” is launched by Beam+ Lab, a Web3 art-transformation hub breathing new life into traditional IPs with technology that redefines entertainment. Since its establishment, Beam+ Lab has garnered remarkable attention from international investors and raised more than $2.2 million for its seed round funding, with lead investors including Edvance International and Mei Ah Capital Holdings, and crypto ventures including Avatar with the Avalanche Asia Star Fund, SNZ, Amino Capital and M77 Ventures.

The first drop of the Cryptques NFT series “Desire” will mint in June 2022. “Desire” is a collection of five NFT sets, with four available as random mints in June 2022 on Cryptques’ official website cryptyques.com, and the last to be auctioned as an exclusive, one-for-one unique, NFT. Among all the NFTs, a certain percentage will receive an airdrop, so stay tuned.

The first series will focus on the seven emotions: desire, fury, fear, joy, bitterness, loathing and love. Each of the seven emotions is an NFT collection derived and reinterpreted from one of Mei Ah Entertainment Group’s movies. Beginning with the emotion of desire, each subsequent drop encapsulates the human emotion depicted in the form of a lost memory fragment.

The first drop is a collection of 1,320 NFTs depicting classic Hong Kong movie scenes from the 1980s that reflect desire. They have been recreated as 3D-animated video clips by Shya and an internationally-acclaimed Hollywood production team. 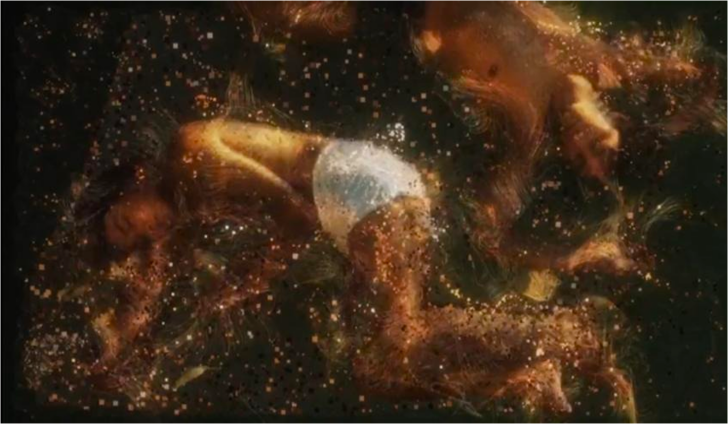 Wing Shya, creative director of Cryptques, said, “The Hong Kong-movie industry is built on the foundation laid profoundly by the predecessors, who had a strong belief in exploring uncharted territory. Just like those who laid the building blocks for us, we are ready to create a new path for future generations. Cryptques takes a deep dive into another technological milestone that enhances the craft of cinematography — reimagining a form of artistry anew — that we feel proud of.”

James Li, CEO of Beam+ Lab added, “Beam+ Lab is an art transformation hub whose mission is to build a community through art and the blockchain. Our inaugural project Cryptques is an NFT collection that uses classic Hong Kong movies as the key medium to connect people and generations with emotions and sentiment. It is created to defy the norms of the entertainment industry by setting the tone of entertainment in the Web3 era. Through the partnership with Mei Ah Entertainment Group, we hope to shine a light on the golden era of Hong Kong classic films once again on the international stage, through a new community.”

To learn more about the offerings, membership program and whitelist opportunities, join and follow Cryptques’ official Discord and social media platforms for the latest updates.