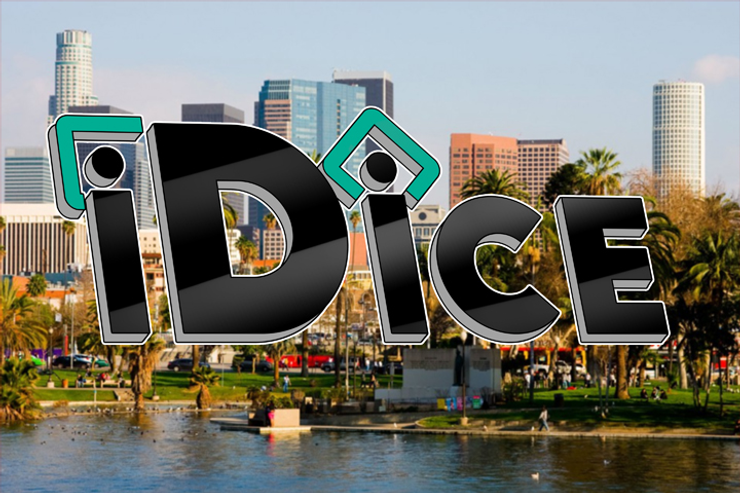 The iDice ICO has already raised $360,000 in the first 2 days since its ICO went live. Currently, iDice is giving investors 30% bonus tokens for every Ether contributed for the next 4 days.

When it comes to the history of blockchain, dice betting has played an important role ever since the sale of SatoshiDICE took place in 2013 for 126,315 BTC. It has been noted by experts in the field that approximately 50% to 60% of every blockchain transaction that is transacted is related to gambling. Even so, the blockchain gambling app arena still appears to have meaningful competition surrounding it.

Several studies that have been conducted in recent times have shown that a great percentage of Internet traffic comes from mobile devices. Compared to any other platform out there, people tend to spend more time on this type of device. In a short period of time, it has been noted that mobile applications can rapidly rise in popularity due to so many people opting for their mobiles when they want to get online.

Every day, there are more mobile users, and thus, the iDice team knows that it is time to take action with their plan in order for iDice to grow in great measure. Later this year, the iDice team is going to release their mobile application, which will make them the leader in the mobile gambling app field.

IDice has already proven what it is all about. Within the first 2 months of release, the iDice Beta generated $231,840.00 in player profit, which is quite incredible if one stops to realize that this amount came to be without any promotion. Jordan Wong did not expect for the iDice to obtain such popularity in such a short period of time. The team was just expecting to only test the platform in order to obtain user feedback, but way more than this occurred. Mr. Wong believes that iDice Beta was able to garner so much attention from the public due to it providing a smooth user reliability and experience.

One of the main elements that make the iDice platform stand out in a meaningful way is its reliability and safety. Third party attacks have been known to take place online often, but not on the iDice’s platform, as it comes accompanied with Ethereum Smart contract technology. This technology provides players peace of mind when it comes to their funds. In order to play, this platform doesn’t require any deposits or an account. Instead, from the safety of his or her own wallet, the player sends Ether to the iDice game address. Through an oracle that retrieves numbers that are random, from random.org, the result of the game is computed. When compared to traditional gambling platforms, there is no server architecture present on the iDice platform. An open source code is available from iDice, which be viewed by anyone online. This reflects transparency and fairness in every aspect.

Due to the success of the iDice Beta, its team has launch ICO (Initial Crowd Offering) which provides the public an opportunity to invest in the company. Ethereum can be swapped for iDice tokens, which can be considered as preferred shares of a company. This type of token grants its holder the right to claim a share of iDice’s total profits just like a dividend. Just like stocks, the tokens are exchangeable, as well. During the crowdsale, 5 million iDice tokens are up for grabs. After the ICO, no more iDice tokens will be created. Currently there are only 3 days left in the iDice 30% bonus token event. The iDice ICO will end on June 26th, 2017 UTC 0:00.