In Front Digital, based in the thriving heart of England, have become one of only a handful of marketing agencies in the UK to now accept bitcoin payments for their services. 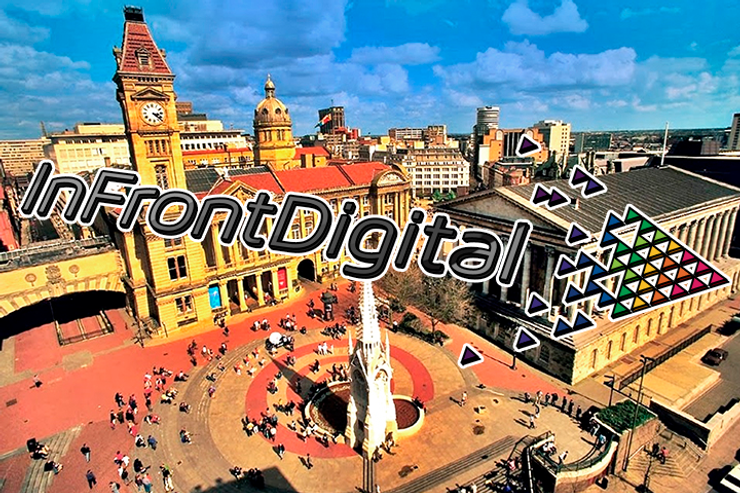 In Front Digital, based in the thriving heart of England, have become one of only a handful of marketing agencies in the UK to now accept bitcoin payments for their services.

Whilst other agencies and similar industries have been fairly slow to catch on to the rise of bitcoin, In Front Digital decided to start accepting the digital currency due to receiving a surge of enquiries from local and international prospects whose requirements included the functionality of paying invoices via bitcoin.

“With the increase in interest in bitcoin, we’ve had several clients (mostly tech ones) ask if we did accept bitcoin. We have also had some interest around international work and barriers are a lot lower (and quicker) when dealing with bitcoin payments versus bank transfers or PayPal. We have been following the trend and usage of cryptocurrencies over the past 18 months and see bitcoin is gaining in strength, popularity and use so it was the right decision for us to start accepting bitcoin payments.”

The Birmingham based agency offer SEO and PPC services as part of their full service digital marketing package, which can now be paid fully in bitcoin currency. Day released a press release issued this Monday in which the company stated that it had been keeping up with advances in bitcoin over the course of 18 months prior to making the decision to offer their clients the opportunity to pay via bitcoin for their services.

The importance of moving with the times for business owners

In Front Digital strongly believe that in order to move with the times and give your customers what they want you have to embrace new developments.

“Our main aim is to keep the payment process as simple as possible for current and prospect clients, so when we started receiving requests from international organisations enquiring if they could pay with bitcoin we decided that we did not want this to be a limitation for us. Deciding to accept bitcoin payments for our services has now removed the currency barrier between us and potential clients, and we have since gained prospects which we would not have if we had not made this decision.”

Not wanting to limit bitcoin to merchant payments, Day is also actively looking into using bitcoin for internal processes and payments.

“I would prefer to keep the money in bitcoin due to safety from inflation but I will convert some to pay for expenses, such as company running costs, as although the amount of places taking bitcoin is increasing, we are still for the most part restricted to the banking system. I think it is safer to keep it in bitcoin rather than fiat currencies. I haven’t really used merchant support infrastructure too much but I am aware of sites like BitPay and others which I aim to look into further in 2017. I welcome the day that we can pay staff salaries in bitcoin!”

To find out more about In Front Digital’s digital marketing services and how they can increase your traffic and leads, visit their website.