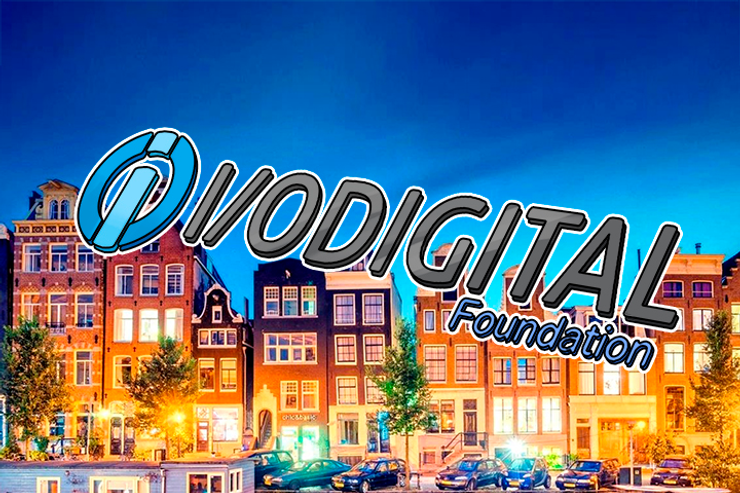 December 13, 2016, Amsterdam, Netherlands – The team behind I/O Coin (IOC) cryptocurrency (I/O Digital Foundation) has announced they are in final beta and gearing up for the upcoming launch of DIONS (Decentralized Input Output Name Server) Blockchain upgrade. It is the first major milestone in IOC’s second development roadmap following the successful completion of the previous one set during the platform’s initial launch. As a part of its initial development roadmap, the team had created a full featured HTML5 IOC wallet alternative to Bitcoin-based QT wallet. It was followed by IONS (semi-centralized domain names) and POS I/O – a Proof of Stake (PoS) volume controlled blockchain upgrade.

The origin of IOC and DIONS goes back to the days when Proof of Work (PoW) based Bitcoin was introduced following Satoshi Nakamoto’s whitepaper. The August 2012 paper by Scott Nadal and Sunny King on PoS based Peercoin cryptocurrency created yet another standard for digital currency platforms.

IOC, over a period of time, has absorbed the best of both PoW and PoS technologies. Started as an X11 PoW based cryptocurrency, IOC successfully made a transition to unique PoS I/O. The PoS based IOC used a volume controlled blockchain, capable of instant transfers that received confirmations in less than 30 seconds. With block times of 1 minute, the I/O Digital Blockchain has proven itself to be extremely energy efficient and ten times faster than Bitcoin.

DIONS will be accompanied by a Skype-like decentralized end-to-end encrypted “chat” system with built in AES 256 encryption. The chat feature will not only allow users to send encrypted private messages, but also provides an option to broadcast messages to a wider world. It offers an attractive option for third party developers intending to build a censorship resistant decentralized “Twitter-esque” micro-blogging service.

“Think of Skype chat, but with a strong AES256 end to end built-in encryption all decentralized over Blockchain … this is coming out with DIONS,” says the I/O Digital development team.

The I/O Digital blockchain DIONS, will allow users to store sensitive identity credentials ensuring a way for users to manage their reputation and control their data. The decentralized name system will be censorship resistant. DIONS which is part of the I/O Digital suite of tools enables the creation of arbitrary key / value pairs. Thus the I/O Digital blockchain provides a decentralised DNS database. Names can right now, be referenced as domain records by using our own or even 3rd party APIs. There is no restriction on the form of our DIONS aliases, they can take any arbitrary form and be transferable between users. The DNS records may be for example A records, CNAME or MX records. Thus our blockchain provides a ready made DNS database upon which our own or even 3rd party APIs can be employed. (This can also reduce network traffic in terms of DNS queries) DIONS will allow for private creation of aliases and identity storage (so called ‘private aliases’ which can be made public at will by the user). A private alias will provide users an added layer of privacy at the time of creating an alias. In this way, users can create both public and private usernames with which transactions can take place. Combining a unique, memorable ID with their brand name to receive I/O Coin payments will be highly beneficial to individuals and business alike.

Businesses, as well as being able to make use of their own brand names, can now use unique human readable IDs to serve as a customer’s, invoice or reference numbers (e.g. HSBC:8008135). This provides a more familiar format for customers accustomed to the naming conventions of email or websites. It also allows businesses to benefit from vastly reduced fees and the robustness and easy auditability of a decentralized distributed database.

I/O Digital’s Blockchain also helps manage intellectual property rights, certificates of authenticity and condition reports. A hash value included in an I/O transaction can serve as Proof of Existence for any digital file, with the timestamp of hash value serving as an immutable proof. The data storage feature along with an arbitrary key allows users to input data within the HTML5 wallet either through keyboard or ‘File Upload’ option.

“[…] the potential user base for this is huge, we have built the Blockchain version of GPGTools and there will be no more centralized key servers needed, literally everything is decentralized […] Furthermore, nobody has been here before by ensuring the ability to protect individual freedoms through strongly encrypted communications and we’re tremendously excited”

Developers through third party APIs could use DIONS to allow encrypt/decrypt, sign/verify and import keys from text selections, files, folders, images, audio for censorship free transmission across the worldwide network that I/O Digital already has become.

“… Users the world over can now safely and securely transmit photographic images, audio recordings, news reports or indeed any arbitrary data content across the world over Blockchain by using our Ecosystem.”

DIONS opens up great opportunities for businesses who can create their Proof of Concept around the I/O Digital Blockchain technology and figure out if Blockchain is interesting for their services. There is a bright future ahead for Blockchain development and services.

The I/O Digital Development team and IOC have won the public award in the Blockchain category of the Euro Fintech Awards. They have also made it to the finals of the Benzinga FinTech awards. I/O Digital was recently listed in the KPMG / H2 ventures FinTech top 100 as an Emerging Star.

The team of I/O Digital are all highly experienced industry professionals who know how to get results, deal with technological challenges and secure a place in the Blockchain ecosystem with their technology.

I/O Digital’s ultimate goal is to have companies use their blockchain technology to gain a competitive advantage by creating a synergy between services and operate with fewer costs while adding new services to their portfolio.

Learn more about I/O Digital Foundation and its projects at – www.iodigital.io

More information about I/O Coin (IOC) is available at – www.iocoin.io

I/O Digital Foundation is the source of this content. Virtual currency is not legal tender, is not backed by the government, and accounts and value balances are not subject to consumer protections. This press release is for informational purposes only. The information does not constitute investment advice or an offer to invest.