It seems there are endless applications to blockchain technology. 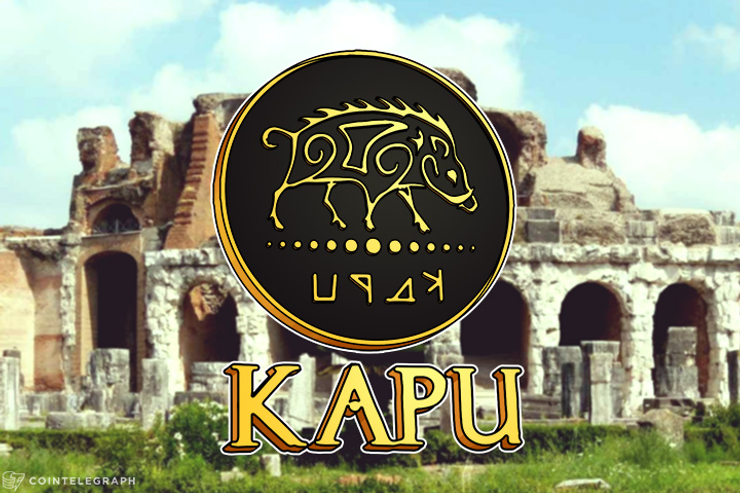 It seems there are endless applications to blockchain technology. Aside from the obvious banks and financial institutions, other industries are starting to see the potential of keeping decentralized ledgers. Healthcare and real estate are good examples of pioneer industries where the value of distributed ledger and blockchain technologies have been recognized and solutions are being developed and implemented. Another industry that seems like it can greatly benefit from blockchain is the archaeological industry.

KAPU is the world’s first archaeological blockchain. Inspired on the Capua coins, an ancient fiat currency that was forged to fight the Romans during the second Punic war in 218 BC, the KAPU project aims to create the first decentralized archaeological database which will serve as an unchangeable record of human history.

KAPU uses a Delegated Proof-of-Stake (DPoS) system which does not require the whole network to validate a transaction as the traditional proof-of-stake (POS) model. Instead, the DPoS model only requires a small number of delegates to validate a transaction. There will be 51 original delegates in the KAPU network which will be elected through a decentralized voting mechanism. These are responsible for validating transactions and maintaining the blockchain, receiving fees for their services.

In case one of the delegates goes rogue or stops performing their job, the votes may be revoked and a new delegate is elected by the network. The DPoS model is democratic and has several advantages, being more energy efficient and having higher incentives for development than the POS model.

Archeological findings will be recorded and timestamped on this same DPoS network. The KAPU blockchain database will be more permanent than stone writing and, because of its decentralized and immutable nature, it will be impossible for data to get lost or modified. The team also hopes to use other technologies, such as augmented and virtual reality, to enhance the platform and have digitized copies of every relic and archaeological finding.

KAPU testnet is already up and running and the mainnet launch will happen on the 21st of October. It will have have 10 original seeds which will be entrusted to cloudflare services for protection. KAPU’s final launch is scheduled for sometime next year and in 2019 and the team expects archaeologists and related stakeholders to adopt the platform.

A pre-sale for Kapu tokens has already taken place, but if you’re still looking to be an early supporter, you still have time. The Token Exchange Campaign (TEC) is currently taking place, ending on 16 October, and 86.9% of all KAPU tokens will be distributed through investors. You can fund the project with bitcoin, ethereum, and various other DPOS cryptocurrencies like LISK, Shift, ARK and RISE. - See details here.

Heritage is one of our greatest assets. Humans have tried to pass it on to future generations since the early days, either through storytelling or cave writings. Then the internet gave us an unprecedented way to store and share information, faster and more efficiently. Blockchain technology is the next step and, if well implemented in the KAPU project, large pieces of human history will never be lost to time again.