MinerGate, a large mining multi-pool, has expanded its service portfolio on its way to becoming a major EOS block producer. Following this, the company has partnered up with Lumi Wallet so that its users will be able to vote in the EOS ecosystem. 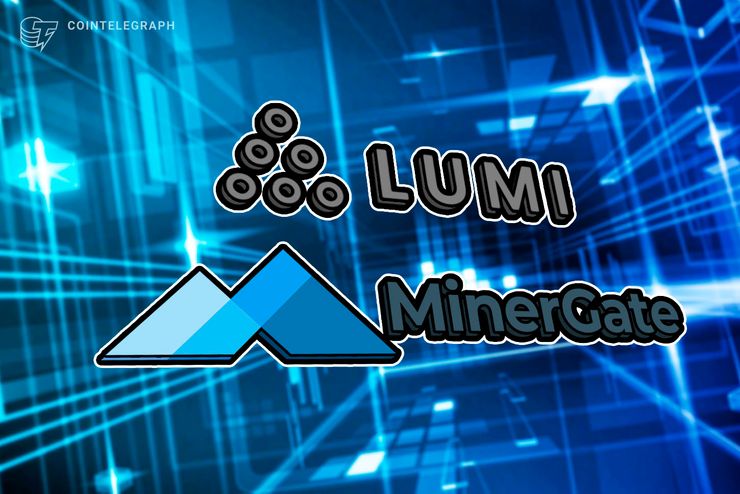 MinerGate, a large mining multi-pool, has expanded its service portfolio on its way to becoming a major EOS block producer. Following this, the company has partnered up with Lumi Wallet so that its users will be able to vote in the EOS ecosystem. The partnership between the two companies is also intended to promote further development of EOS-based dapps and push cryptocurrencies towards public adoption.

MinerGate is the result of the work of a crypto-enthusiast group and has been operating since 2014. The platform managed to increase its cumulative hashing power to a great extent and in early 2018, the mining pool community counted up to more than 3 million members.

The project is on a mission to make mining truly accessible to everyone regardless of investment size, technical background or their crypto experience.

At this stage, MinerGate is listed as an EOS block producer and is collecting votes. The platform aims to be more dapp-oriented and actively support future growth of the dapp market, both financially and operationally. Currently, MinerGate is working on designing a strategy for its DAC Foundation, which will add value to the EOS ecosystem and provide a solid base for dapp developers.

MinerGate has chosen Lumi Wallet as their partner wallet app so that the community will be able to hold their tokens there. One of the expected functionalities will allow Lumi users to take part in the voting procedures. This rising block producer has credited Lumi Wallet as a meaningful and far-reaching project, citing the ease of use, its steady work, and systematic updates of the wallet. According to MinerGate, Lumi’s likable and convenient interface together with a high level of privacy and security make it a perfect wallet choice.

In the coming days, Lumi Wallet, currently operating as a multi-currency wallet provider, is going to release an update with full EOS support. This means that Lumi users will be able to store and manage EOS and EOS-based tokens on their accounts, as well as get easy access to EOS-powered dapps. Lumi is known for its sustained efforts on promoting and popularizing the work of the Ethereum dapp community and is going to continue this practice with the EOS blockchain.

The collaboration between MinerGate and Lumi Wallet will hopefully make a valuable contribution to the development of EOS and motivate the entire community.