Full Steam Ahead – Fresh Off a Successful Pre-Sale Round, The NAGA Group Launches the Main Token Sale

After concluding a successful token pre-sale round, FinTech company The NAGA Group is launching their main token sale, which begins today on December 1, 2017.

After concluding a successful token pre-sale round, FinTech company The NAGA Group is launching their main token sale, which begins today on December 1, 2017. 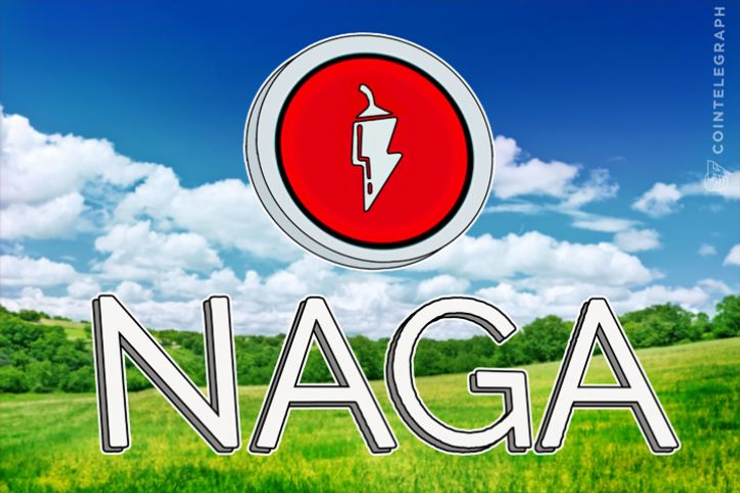 NAGA is proud to have a pool of more than 6000 users in the official Telegram chat.

First of all, the company’s goal is to raise 30M USD. Unsold tokens will be burned, so there will be no impact on our token economy from having a high cap.

Furthermore, we would like to address some of the questions that we’ve received from the community:

The NAGA Group is conducting an ICO after conducting an IPO. This is quite novel and so it’s not unexpected that this ICO would raise many eyebrows and also many questions.

Why ICO After IPO?

The NAGA Group has already executed a 12.5M Euro Venture Capital round with the multi-billion dollar Chinese FOSUN Group, and a successful Initial Public Offering (IPO) of its stock in which the price soared by 600%. The IPO was oversubscribed by 300%+ before any “crypto-announcement” took place. So having raised significant capital in an IPO, why launch an ICO?

In conducting an ICO we seek to

In the ICO world, the unfamiliar is often met with some suspicion, and rightly so. The importance of this ICO is the extent to which the public markets have already performed diligence far beyond what is typical for any ICO during the preparation for the NAGA Group IPO. Because of this, ICO participants know they are participating in a well-structured, well-governed and high-quality token ecosystem.

It’s fundamental for the company to stand at the crossroads between the old and the new economy, and as such we seek to venture into the world of cryptocurrency, but to retain the best qualities of an existing publicly traded company, including real, proven products, revenue, solid executives, and the kind of scrutiny and oversight that comes from being publicly listed.

Why Do We Need a Bridge?

Every 27 years (average lifespan) a fiat currency fails, and the reigning system has to be retooled. We’ve recently seen the devaluation of the Zimbabwean dollar, and many global currencies continue to fail. The most enduring fiat currency ever is the British Pound (GBP) which has lasted for about 300 years - however it has lost 99.5% of its original value since inception. The US Dollar is considered a leading currency, however, every US citizen is born with $157,000USD of debt and the country has been forced to bail out banks that are too big to fail through programs like the toxic assets relief program and quantitative easing.

Bridging the old and the new economies will further the ability of anyone to balance between these worlds and to choose freely for themselves how to distribute their assets among these realms.

The Power of a Hybrid:

The Toyota Prius in large part popularized and proved the idea that the age of electric cars and gasoline cars could be “bridged” within a single company and product line. Similarly, NAGA seeks to create a hybrid crypto-economy in the intervening transition period.

The Prius has a gas engine in addition to its electric battery. A typical ICO only has the power of the proceeds it has raised to power its economy. Powering an economy means incentivizing and acquiring users, developing ecosystem partners, managing the token economy through buying back tokens and other means. The NAGA Group already has a powerful “fiat reserve” in the form of significant cash reserves from Venture Capital and IPO financing rounds. In addition, the Group has a significant equity value. These two reserves (namely the fiat cash reserve and the equity reserve) can be seen as a “gas tank” that can power the “vehicle” of the NAGA crypto economy.

In addition to this “gas tank”, however, the NAGA Group also has an “electric battery” in the form of its 15,000+ backers who have already supplied more than 15 million USD in ICO proceeds during the presale and even more backers who will come in during the main sale. These proceeds will arrive in the form of a “bitcoin” token reserve (in the form of highly liquid crypto assets such as Bitcoin, Bitcoin Cash and Ether). By combining a fiat cash reserve, equity reserve, a “bitcoin” token reserve, and the NAGA Coin reserve, the ability to back the token and create beneficial outcomes for token holders is multiplied.

Why We’re Different. Unlike Most ICOs, NAGA is:

Use of raised funds:

Proceeds of the ICO will solely be used for the development of the NGC and its ecosystem. They can not be consolidated for the sole benefit of the listed NAGA Group AG.

The use-case to fund trading accounts to trade financial markets by depositing crypto-currencies has been established with this ICO.

To understand how new capital stimulates our token economy, please refer to our Excel scenario sheet. The core assumptions for SwipeStox´ past KPIs (like CAC, Conversion, LTV etc.) are based on real audited data.

This model gives us confidence that we can create a significant network and data effects that provide Metcalfe’s law exponential growth potential. Every new user contributes to the demand for NGC tokens and this produces the groundswell for increasing the value of the token for all holders. In addition, the application is an inherently social buying app that has both data and social network effects.

This Excel scenario sheet allows our community to apply their own assumptions via a dashboard.

As the scalability in our segment is huge the limit should represent the amount that could still be reasonably invested into marketing to grow the user-base and hence token-economy. We hence set the hard cap at an amount at which we can still reasonably scale up (see XLS scenario sheet — containing the KPIs from our audited and listed running business) — taking in consideration the diminishing returns from marketing channels etc..

You can learn more about the NAGA Ecosystem and Token Sale at nagaico.com and by following them on Facebook, Twitter, LinkedIn, BitcoinTalk, and Telegram.

Related News
Binance KYC Breach — Did It Happen, and If So, Who’s to Blame?
New Exchange on ‘Mission to Connect Crypto to Global Finance’
Bitfinex to Delist 87 Crypto Trading Pairs Aiming to Improve Liquidity
<div class="editors-choice-wi